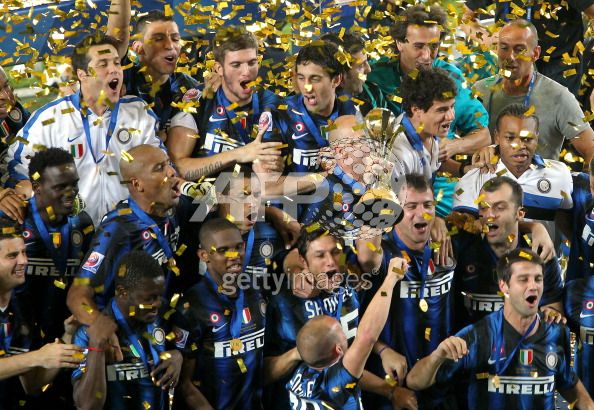 With a 0-3 win over Mazembe, FC Internazionale bring the FIFA Club World Cup home to Milan. That makes five! Not a bad haul. Not perfect, but not bad, either.

There was plenty of love to go around today, including some love for Eto'o: 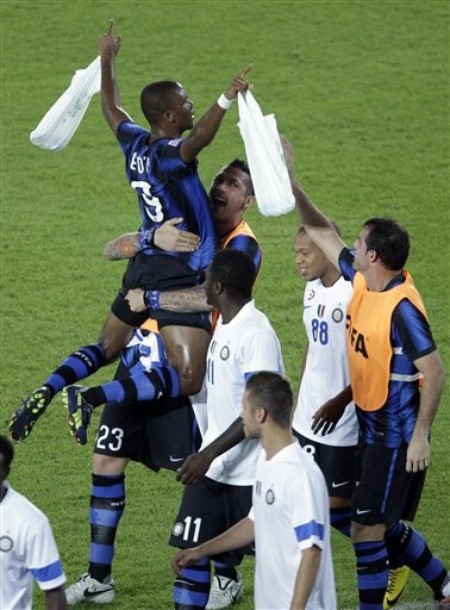 For the record, I have no idea what this whole bag celebration is about.

There was some hugs and kisses for Pandev (I know, who would have thought?): 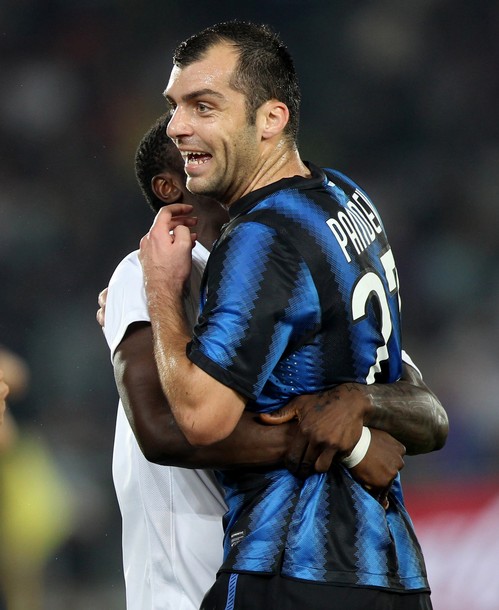 And some first time love for our baby Biabiany. And I questioned Rafa's substitution of Milito. Silly Johonna. 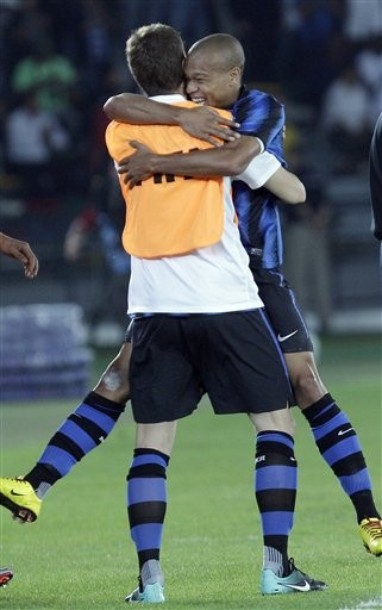 It was a bit sad that Samuel wasn't there, but our wonderful captain, ever the thoughtful type made sure he was represented at least in name. I ♥ Javier Zanetti. 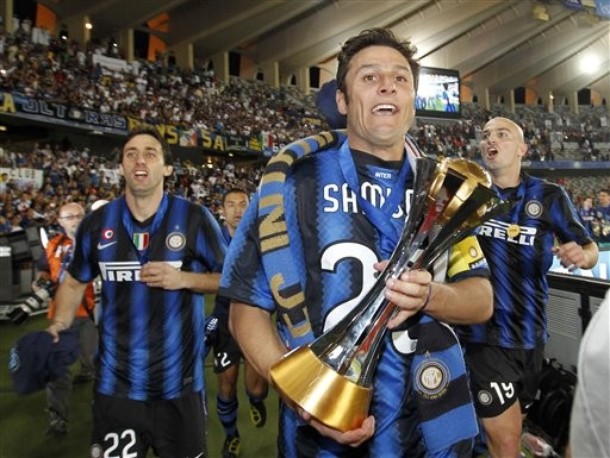 The fans were even there in fine form:

Rafa has used this win to call the club out on the mat (go Rafa!), saying:

“Clearly I need to talk to President Massimo Moratti and director Marco Branca. Now I need support and if that exists, then we can do well together. I spoke to Moratti with regards to the transfer market and he knows what it’s about. Plus in the past I heard a lot of criticism and in a polite way I pointed them out. If Inter want me as their Coach, then they must allow me to control everything that happens within the squad. Support has to be from start to finish, 100 per cent. Otherwise, you don’t win.

Oh SNAP! I dont know if I trust Rafa's control, but I applaud his passion and his fight.

"The Club World Cup was a crucial appointment, and we hit, now it must give us impetus for the rest of the season. This is a happy moment, but one cannont go on like this because I need the support of 100% of the company. When I arrived, the society promised me three acquisition to build an even stronger team, instead no one arrived. I am a serious professional and I deserve respect for my work. Now there are the possible roads: the company makes a project and buys 4 players in January; we go on this way with the coach as the only guilty party; or the president talks with my agent and we find another solution."

I think a certain Mister is done playing nicely. Four players may be a few too many, though.

Even though this was a glorified friendly, I am thrilled to have won. It is always nice to end the year on a high note, and given our poor Serie A form, I will take this win and revel in it. 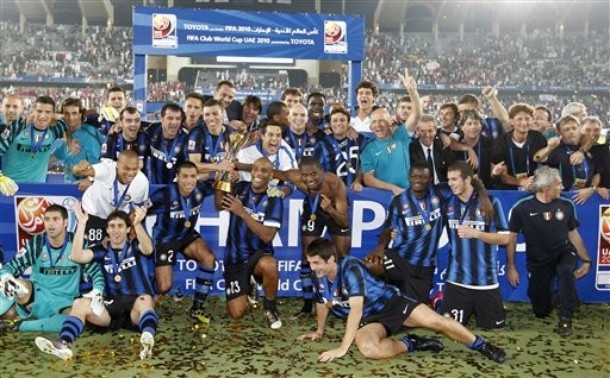