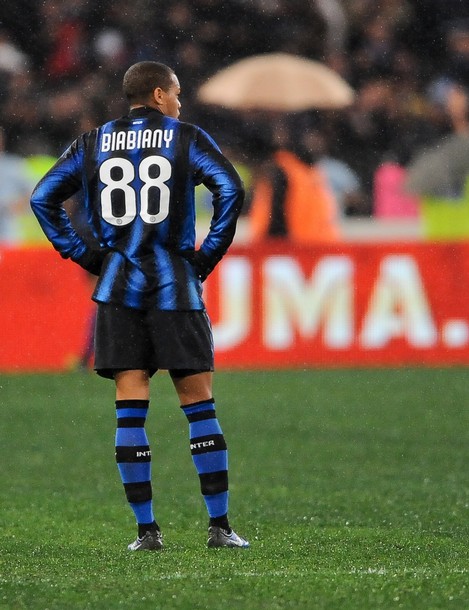 Like a lot of people around here I think that if we can’t win the League trophy I wouldn’t be too sad if Lazio won it. They look like a good team, a much improved team from last season, anyway.

However, I would still prefer it if Inter won Serie A. We aren’t out of the conversation points wise, but we have to count on several teams blacking out ahead of us for that to happen and it’s not the smart way to bet.

That’s a moot argument if we don’t pick up any form though. We still have an entire team, complete with goalkeeper, out on injuries.

My Inter Player of the Game is Castellazzi. He kept us in the game longer than we should have been in it. 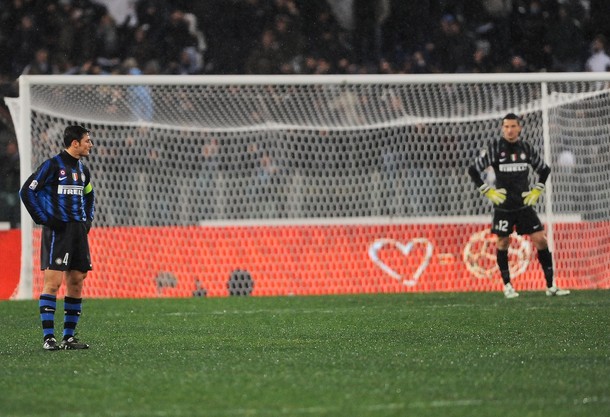 Castellazzi: Good work between the sticks. He was beaten by bad luck, a bad deflection and bad defending. Plus he had 2 goal saving saves. 6.5

Natalino: For 90% of the game the youngster held it together. His one mistake was a big one, but it’s one that I think he shared with the player who didn’t pressure the ball on the cross that Zarate scored on. A negative for the youngster: he doesn’t go forward well. 6.0

Lucio: I can’t point to a single mistake that Lucio made. I thought that he was pretty decent in the back. He is also the only one who sacrificed himself in the back. Walter Samuel not being there is his biggest problem. 6.0

Cordoba: I didn’t like Cordoba’s performance today, even though I thought that he was a better option than Materazzi was. I just didn’t see him winning to many battles. 4.5

Zanetti: I am having a hard time writing this but I didn’t think that Zanetti had a good game. I thought that Lazio attacked from his side more successfully than they did from the youngster’s side. 4.5

Cambiasso: Cuchu looked tired and not a big factor today. His job is to collect the ball and pressure. I didn’t see too much of either happening. 4.5

Muntari: He picked up a dumb caution, but I thought that he was the most active of the midfielders. He pressured and won some tackles which is something that I can’t say for either Deki or Cuchu. If he could keep himself in check and last a whole game it would be better. 5.0

Deki: Dejan has been up and down/injured and recovering all season long so it’s useless to castigate him for being on the field and trying his best. It just wasn’t good enough today. 4.0

Sneijder: I think that I want to see improvement where there is none but I think that the passes are getting better from Sneijder. Am I crazy to see this? Good effort, though, as he forced a couple of saves and hit the bar. 5.5

Biabiany: As I have said for years now, the reason coaches play older vets is that they make fewer mistakes. Biabiany made plenty of mistakes and I am sure that many of you are ready to sell/kill him. But he’s also a young kid who has been thrust into a role that a lot of guys a lot more experienced than him can’t handle. Plus, I still say that he’s a better contributor/roster spot than Mancini. 4.0

Pandev: Pandev scored his first goal for the team this season but I think that a lot of us are left remembering the miss that he had off of the Muslera deflection. At some point Pandev needs to show some passion for the goal strike. I will give him a lot of credit for frequently coming back to help out in our own half of the field and then sprinting up to attack. 5.0

I didn’t have any derby-ish issues with the officiating last night and the moviola from today backs me up.

The only mistake from last night was the last free kick that Matuzalem earned that led to the last goal. Moviola shows that it was a dive.

Last night we played 3 youth players but only one got any chance to put a stamp on the game. 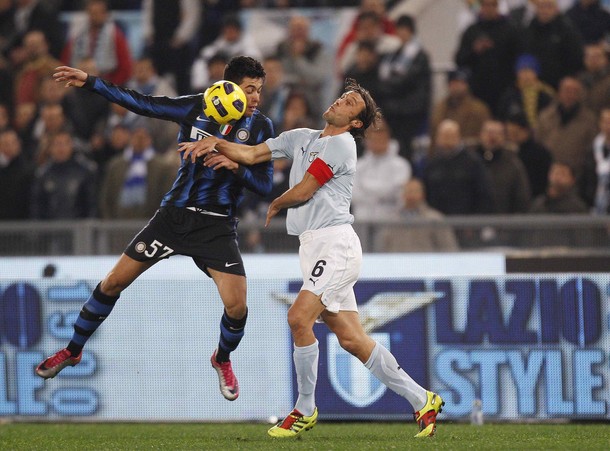 Only Natalino had time on the field last nigh and he looked very good, even though he made a mistake. He was strong in the tackle and he was well positioned. What he wasn’t was very good stepping up and filling in the flank as play got bogged down in the middle. There are two reasons for this: 1. He hasn’t the experience that pushing up and attacking the flank is the job of the fullback or 2. He isn’t very good pushing up.

One more thing, did anyone else notice that he was: 1. the only defender who realized that Zarate was looping behind the defense and 2. the only defender in position to actually attempt to stop him. This is a fullback I am talking about.

Considering what appears to be his very good defensive mentality, it wouldn’t shock me to see him tried out as a center back. In fact, the more I think about that last paragraph, the more I think that would be a great place for him to continue. What are the odds that our coaches see the same thing that we did?

Yeah, I am not too hopeful either.

Alibec came on in the 54th minute for Muntari just 2 minutes after we were down 2-0. I could argue that Biabiany or Alibec is much more of a primary striker than Pandev who is a prototypical second or support forward. Dennis didn’t have too many chances to do anything but what he did was attack the ball in the area going forward. Pandev played most of the game with his back to goal as he desperately tried to shield from the collapsing defense. Alibec, who is almost 6’2, is also much more of a threat from headers… as almost everyone is compared to Pandev. Wouldn’t it have been a bold and rational move to put the tall, primary striker-esque Alibec at the top of a Christmas tree supported by two excellent passers like Sneijder and Pandev?

In general we looked a step slow and minute late. Outside of the young guys we looked a little drab. I am beginning to suspect that we might need more than just some time to rest… although I am hopeful that is all we need. Tactically we looked confused, but that’s like reporting that the sky is blue. Is it too much to use the week before the game to get people comfortable with the plan? Maybe not lift weights so much but actually hold a walkthrough so that everyone can see the plan on the field, where they need to be and what to do?

Looking ahead a little bit, I am hopeful that Nwankwo, Obi, Biraghi, Natalino, Alibec and Santon get some quality time in Coppa games after the January break. I would love to see them all play together… although I am wary of the fact that the coaching staff might try to play the regulars through the Coppa so that they get a chance to bag a trophy. I think that would be an opportunity lost. If we can’t win this season, why not put ourselves in position for the next 5 seasons?

Next up, Werder Bremen, Champions League. 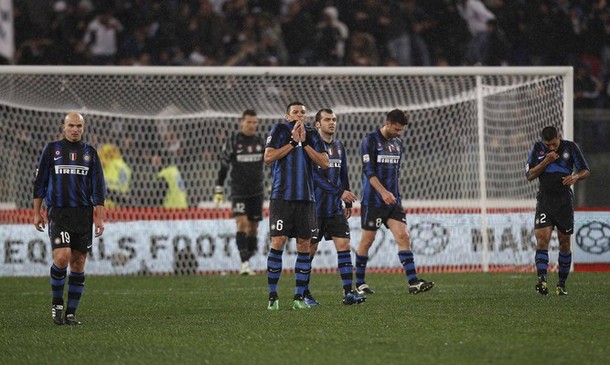