Share All sharing options for: Lazio 0-2 Inter: One Down, Two To Go 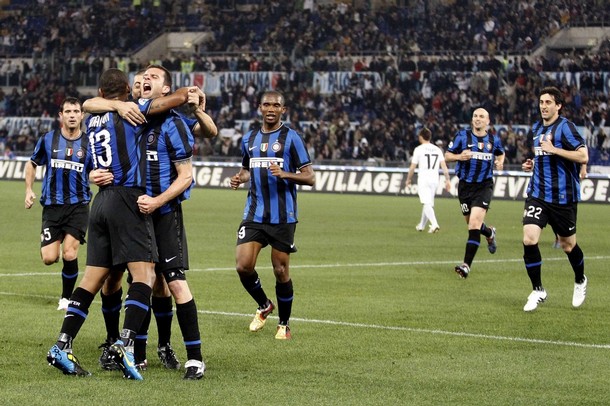 Lazio, check. Now there is only Chievo and Siena between Inter and Glory. Oh ya, and that Coppa final on Wednesday.

Thiago Motta added to Walter Samuel's goal as Inter brought home all three points from their Serie A Week 36 clash at Lazio.

"We have overcome another obstacle, but there are still two left to get to the Scudetto," the Brazilian midfielder told Sky Sport Italia. "It will be difficult, but we made a very important step forward by beating Lazio tonight. Now we can concentrate on the Coppa Italia.

Inter's midweek triumph in Barcelona is still fresh in the minds of the Nerazzuri. "I still think about it," admitted Thiago Motta, "but what counts is that my team has reached the final. And today I was lucky to score a goal that has given me morale and confidence.

"Today's game was a match that Inter had to win with all its strength and we came here to get three points that were too important after Roma's victory against Parma. We're ready for Wednesday now."

So great for Thiago Motta to have made that goal! He was great today. Of course, there will be some shouts that Lazio rolled over, but as an Inter fan, I thought that before the second goal, Lazio were playing well. Dangerous even. Certainly Muslera and Kolarov were on the pitch to win.
.
. 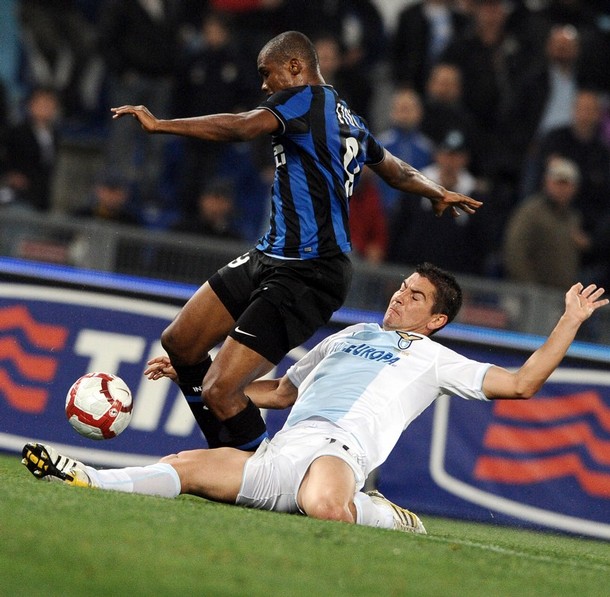 This is not the image of a man purposefully playing poorly.

.
.
In fact, Kolarov played so well that I think Moratti may be willing to go a little higher for his card.
.
. 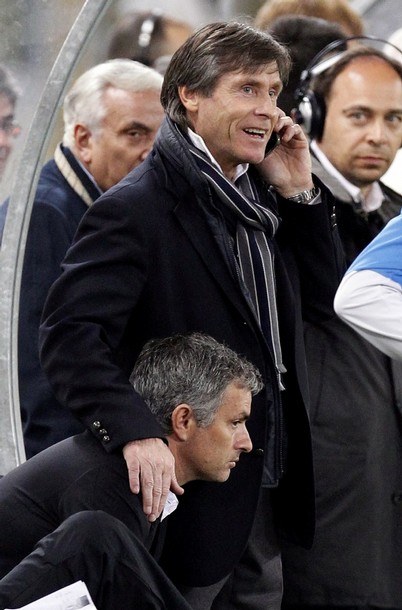 "Hello Claudio - how much did you say you wanted for Kolarov's card again?" 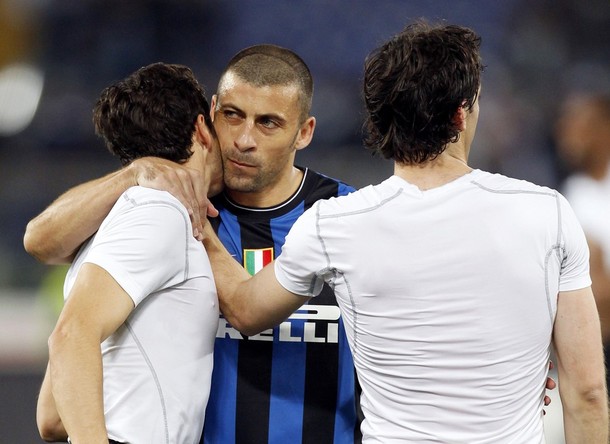 I just love those kissy Argies!

.
And Toldo's return to the bench also saw him return to Zanetti duty. 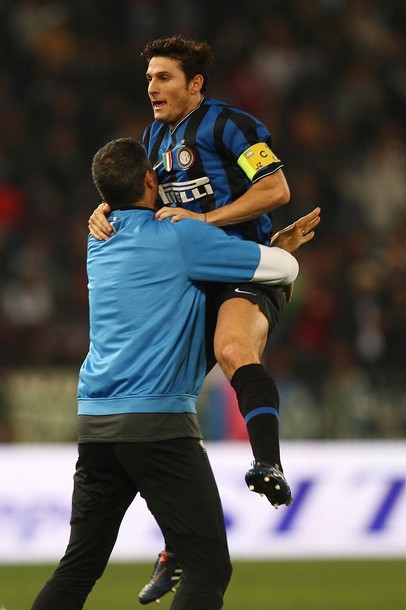 Orlandoni is fine and all, but for a true post-game glomp, Toldo is the best!

.
.
But the best outcome is that Inter head top of the table.
. 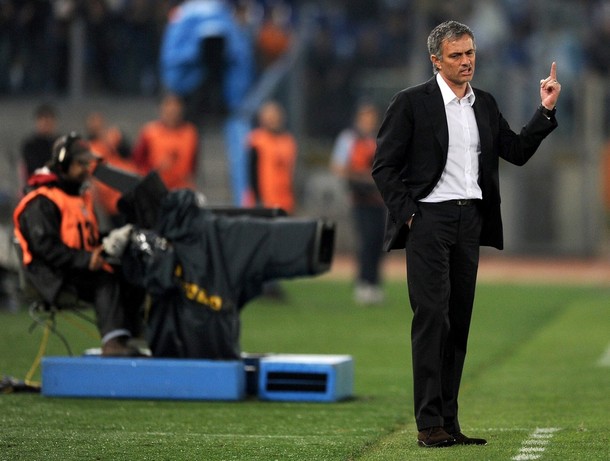 .
.
.
Some Lazio fans were firmly behind Inter today, as these banners show:

.
#1 was held up after each of Inter's goals. I dont know what #3 was about. #2 is asking for Pazzini to be sainted. The long one roughly translates to: "Always proud of our twinning to the North of Milan we pay tribute"
..
.
The dream is alive. 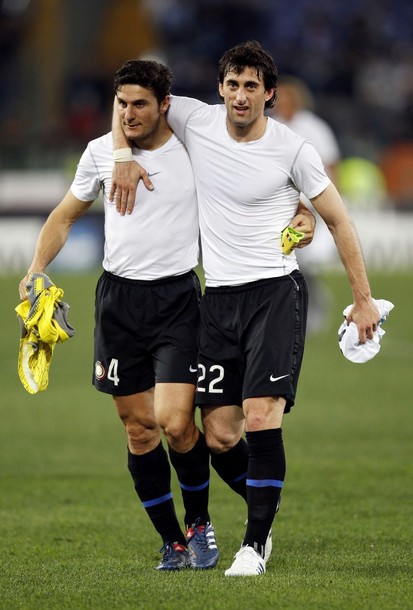