Share All sharing options for: Welcome to Inter Mister Benitez 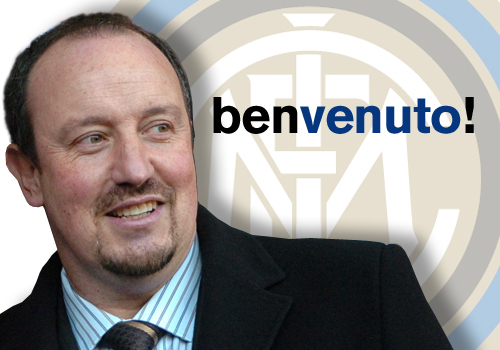 Well, it is official now - or so says the Inter web page: Rafael Benitez is the new coach of F.C. Internazionale Milano.

Inter welcomes Rafael Benitez. The Spanish coach signed a two-year contract this morning that will run until 30 June 2012.

Rafael Benitez will be unveiled to the media in a press conference at the Centro Sportivo Angelo Moratti in Appiano Gentile on Tuesday 15 June at 12:00.

And if that isn't enough, Inter has also pulled together a little biography which a bit self-servingly begins: "Rafael Maudes Benitez is one of the true greats of European football..."