Random Thoughts about the World Cup and the Summer of Panic

Share All sharing options for: Random Thoughts about the World Cup and the Summer of Panic 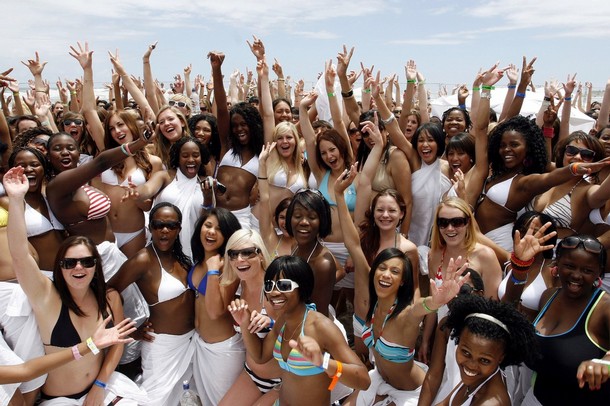 You know, the regular summer fare.

-- Here’s how you can tell if our players were physically spent from the incredible season. The Brazilian defensive line – which is basically our defensive line – has given up goals late in both games that they have played after handling both teams easily. This is a tired defense. I hope that they get a chance to rest before next season.

-- Anyone else like how nice Eto'o plays as a striker? The man is deadly.

-- Were I to ignore history, I would root for the Dutch now. As it is I think that I will root for Cesar, Maicon and Lucio to have good games. I just can't bring myself to root for Brazil or Argentina. I won't root for Argentina for Italia 90. I don't have any problem with Maradona per se. The last Argie Manager didn't call up Zanetti either. Besides, I think that Maradona helped to rescue Argentina's WC hopes. Before he came in Argentina had failed to win in something like a dozen games. Since he was there they won something like 5 out of 10. His real test will be in the next round when there aren't anymore patsies. If he can manage a game, then he's good. If he's taken to school, then he deserves all the tomatoes that can be thrown. 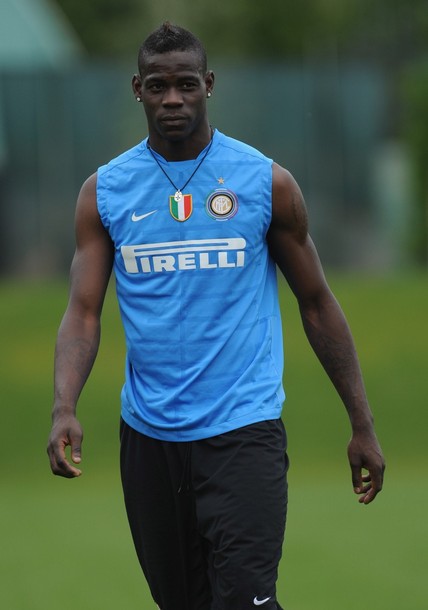 -- Tell me again how Mario Balotelli would have ruined Italy’s chances for success in this World Cup? A follow up, isn't player management part of being a Manager?

-- Lippi had called up a hard working, defensive team devoid of all creativity and international attacking credentials. Here’s the problem when you are this unbalanced: 1. An unlucky call, one man screwing up his assignment or a bad bounce of the ball is deadly. 2. Without an attacking threat there is nothing to keep your opponent defensively honest. Opposing players can pour forward when they aren’t afraid of the consequences. The margin of error is so fine when you limit your own options like that its foolish. I argued for Balotelli. I thought that Cassano should have gone as well. I thought that Iaquinta was a waste of space and I said so. I wasn’t alone. Not just for the obvious attacking options but because these player can take the ball from the defense and take it up to the attackers in a way that could make a goal and alleviate pressure. Maybe it would have worked differently, maybe not. But the facts are grim: 3 games, 4 goals scored, 5 goals conceded. No sympathy for Lippi from me. And a big fat “I told you so” to those that wouldn’t listen to reason.

-- By the way, if you want to see what a coach in a panic looks like, watch what happened to Lippi this World Cup. Formation and personnel were changed almost at random like he didn’t know who his core group was. What? You didn’t notice any cohesiveness either?

-- Last World Cup, Lippi created a siege mentality with the players against the media. It was him and a band of brothers against the evil media, everyone looking out for each other. You know, the kinds of things that other fans accuse Mourinho of doing this last season, like it was a bad thing or unfair that he succeeded doing what most other coaches wish they could have done. Anyway, now it’s been the band of brothers going to the media to complain about Lippi. It’s not a siege, keeping others out; it’s a revolt turning on the leader. A slow group stage is very Italian, but drawing with New Zealand was a bit much. Losing to Slovakia and conceding 3 goals is… way beyond bad. All these “good characters” that Lippi chose instead of Mario, maybe one of them should have kept their mouths shut. 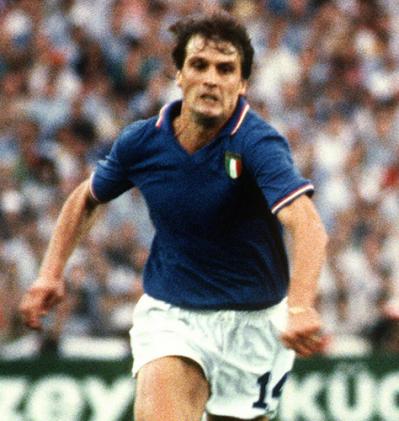 -- PS I don’t care how many times you call Marchisio The New Tardelli it just isn’t going to make it so. Not to me. Marco was a tough, ruthless bastard who would be found mostly on the right midfield of a 433, but he had the technical ability to make a nice first touch and a nice pass. You had to respect the man or he would lay you out. He was a national teamer a little younger then Claudio and he had already “arrived” a year or two before that when he was just 20 or so. Marchisio might have the technical ability but he isn’t half the defender that Marco was, nor is he as nasty. Ruthless is not the word to describe Claudio, nor is anyone afraid of Marchisio. Besides, Marchisio is 24. Unless he’s a late bloomer, which would be rare for a midfielder I think, he’s pretty much is what he is; good player. Not a great one.

--PPS Has anyone else noticed that two of our “biggest young stars”, namely Chiellini and De Rossi have stunk up the joint? For De Rossi, this is World Cup #2 that he has not lived up to the hype. Wanna bet that Prandelli will call him up too?

-- Speaking of the horror of being just a good player, is there anything wrong in saying that we are at a period in Italian football where we have good players but not great ones. The heroes of 2006 are longer – too long maybe – in the tooth and the circumstances were extraordinary. Maybe there isn’t anyone ready to act as glue for the team like Baggio did in 1994. 2006 was a defensive team that pretty much won in spite of the lackluster attack – remember Marco Materazzi joint led the team with 2 goals. But the group on the field this summer looked pretty average. They didn’t even look organized, like one would expect from an Italian team. How many set pieces does it take to figure out which man or space you are supposed to mark? 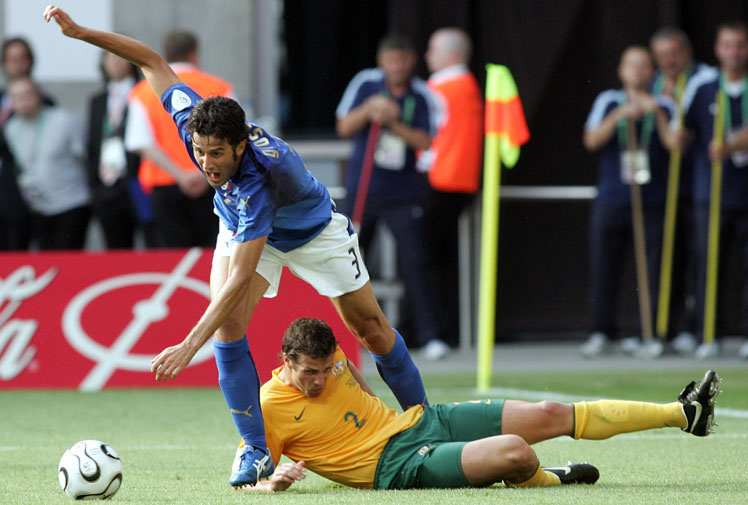 -- I can’t mention 2006 without mentioning the Socceroos (or however that idiocy is supposed to be spelled). For 4 years they can’t stop complaining about the very correct penalty that was given when Neill moronically tried a slide tackle in the penalty area that missed the ball completely and then went practically in between Grosso’s legs. Now they are complaining about their player who tried to stop a shot with his arm and the very correct red card that was given and the penalty that ensued. It’s like listening to RomaTrolls complain that Inter have Serie A fixed after Roma go on a 20+ game unbeaten streak to challenge for the title after they have been dumped out of the Europa League. Quick Quiz, which team would you think was cheating: the team that had the talent to win the Champions League, was mysteriously penalized midseason for no reason and also challenge for the League title, or the team that couldn’t win squat in the Junior Champions League for 5th and 6th place teams and came out of nowhere to challenge for the League title.

-- PS remember this time last season when Lippi declared that Juve were going to win Serie A? Seems kind of ridiculous now doesn’t it. Maybe he should have kept his mouth shut like it was suggested. 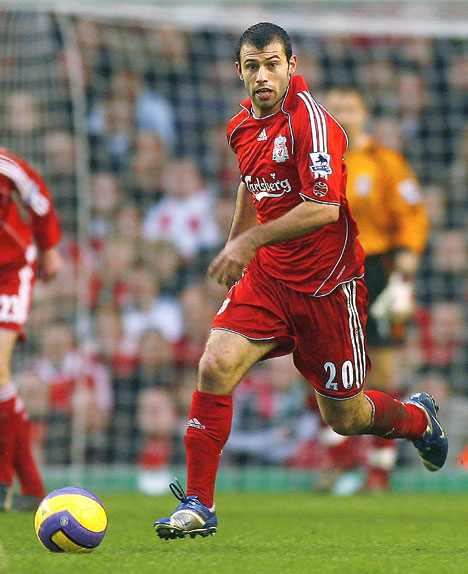 -- Clue Number One that Mascherano is considering coming to Inter: he’s taking Italian lessons while in Africa. Clue Number Two that Mascherano is coming to Inter: he’s already sucking up to Zanetti. My point? He’s smarter than I gave him credit for being. It’s always good to know the language of the country you might be working in and it’s always smart to locate the Big Dog and do the vocal equivalent of rolling onto your back and looking up with big goo goo eyes. I hope his prep helps him to acclimate swiftly.

-- No one else has mentioned this as far as I can tell, so I will break the news. Most, that is a controlling amount of shares, of Bologna was sold. Why do we care? We care because the Menarini family who were in control of the team were good friends, too good according to the FIGC, of Luciano Moggi who would stop by and “have dinner” with the president, Francesca, and her top football people. In accordance with the far too lenient strictures that were laid down as a result of Calciopoli, Moggi isn’t supposed to do that sort of thing anymore. The long and the short of it is that the Menarini family was no friend of ours. The new situation however, makes it possible for Inter to cultivate a friend of the incoming regime. Don’t be surprised if all of a sudden you hear names like Krhin and Stevanovic and Destro become linked with Bologna. Actually this makes me happy at least. I have always thought that it is a shame when big cities have teams in lower leagues like Bologna was for a long time. Maybe with new ideas Bologna can realize some of it’s potential. 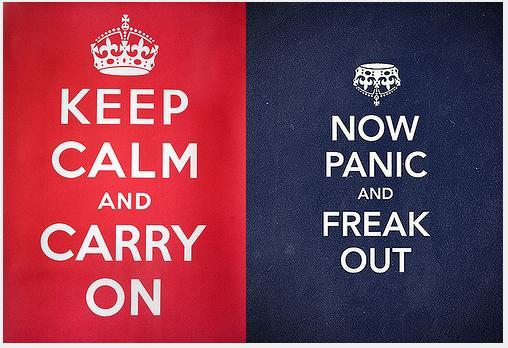 -- One month after the Big Inter Panic and Sneijder, Cambiasso, Muntari, Maicon and Milito are still here. Milito is even getting an extension and a raise. See, nothing to worry about.

-- Mancini is coming back from Milan. I will bet 100.00 mythical dollars that he goes right back to Milan soon. Watch this space for the outpouring of joy. 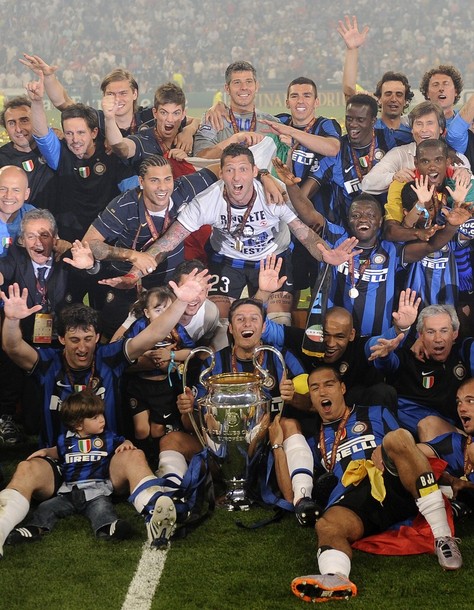 -- Burdisso to Milan!? Are they that hard up?

--Along the same vein regarding the Elano to Inter rumors... he's wonderful with the Brazil National Team, not so much with the club team. Can we turn that around? He definitely has the technical ability and he fills a need or two. Is he affordable? For some reason this doesn't strike me as being true. I am calling this paper talk.

--Someone brought up the loyalty or lack thereof that many here show to the US men’s team. I can’t speak for anyone else but me, but I don’t foresee a time that I will root for the Men’s National Soccer Team. My first World Cup was 1982. At the time I don’t think that there even was a Soccer Team. Until 1994 soccer was largely ignored and ridiculed as were those of us who watched and played it. The US sports world ignored us for a long, long time. And that was fine with me, but one good turn deserves another.