In It to Win It: Benitez Has Goals

Share All sharing options for: In It to Win It: Benitez Has Goals 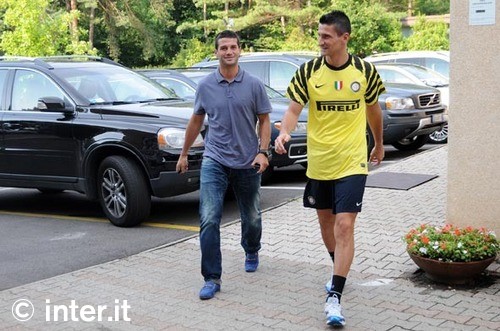 Much like the swallows to Capistrano, the squad is making their way back to Inter's training ground at La Pinetina to begin preparations for next season. This year we have the added excitement of a new coach (not a manager!). His first press conference of the new season had one overarching theme: he is here to win. Inter is a winning team with a winning mentality and he, along with all the players, really want to keep on winning. Oh, and did he mention? He is not a manager, but the coach... on the field... with no market powers. Alrighty then.

So, as I said, the players are on their way back to Appiano Gentile for pre season training. The migration is a bit patchy, with team members showing up in dribs and drabs, but by this time next week, all but those players who got through the group stages in the WC will be home again and Inter can finally begin to form a plan to get that second gold star so Zanetti doesn't have to play until he is 60. 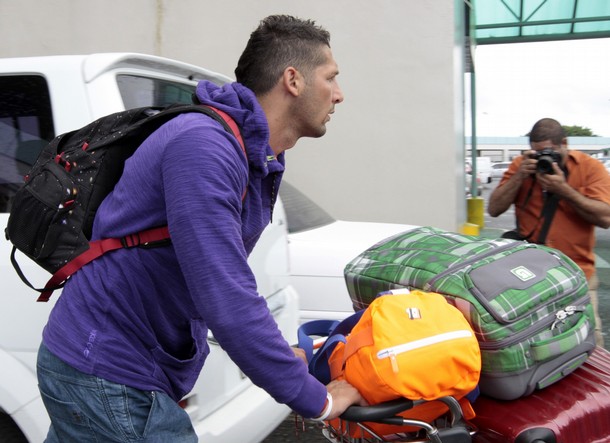 Materazzi is in Panama City to play in Messi and Friends for charity. Who knew Marco was a friend of Lionel Messi.

As I said, Rafa Benitez had a press conference today (I think we get another one tomorrow as well!), a sort of "get to know me" session for the press. Mostly, they wanted to know about Rafa's market inclination. He basically said (again and again) that buying and selling wasn't his job any more, he was a manager in England but here is a coach - like he was in Spain. And right now, all that means is that he has to acquaint himself with the players and their qualities. Great. In the mean time we have games coming up. Real games with trophies attached to them.

Ok, I admit, I was apprehensive. My only experience with Rafa Benitez was in puppet form and through the complaints of Liverpool fans. It is quite likely that these things do not show him in the best possible light. Today's interview helped me to see him in a more human, more competent light. Now I just have to get used to his shushy Spanish accent (and I was almost used to the Portutalian Mou spoke).

First impressions are that:
-- he is not nearly as tentative and, well, stupid as his puppet counterpart. Of course, it helps that he isn't wearing a Spiderman costume.
-- he is pretty good at not really saying anything but talking for 10 minutes (ie he handles the press pretty well). Of course, the real test will be after our first "unconvincing" win (ie, we win by less that 3 goals) and the press lay into him with the whole what went wrong thing. Today, though, he did ok.

-- he maybe isn't as charismatic as Mou (who is?) but he is ours now and I am bound and determined to give him a sporting chance.

Ok then. We get our first peak of the team actually on the pitch tomorrow. I can hardly wait. 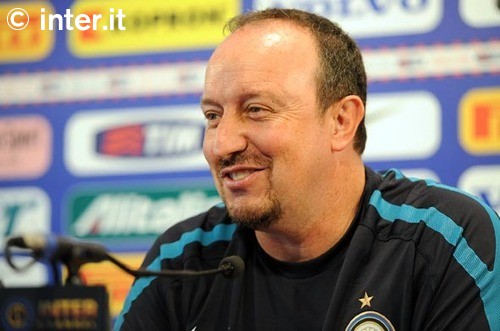 Maybe not as bad as we feared?

Amantino Mancini is making an ass of himself. He has refused to go back on loan to Milan. He doesnt like being on loan - he wants to go somewhere permanently. Um, correct me if I am wrong, but didn't Branca line up a move to Olympique Marseille last winter? A move that Mancini refused? This guy is like a bad rash. Itchy and impossible to get rid of. To make matters worse, his stupid agent goes around saying ridiculous things like: "Amantino is a high-level player." Dork.

Balotelli's agent is making googoo eyes at both Manchester clubs. La Gazzetta says that Ferguson has offered 35 million to Inter for his ticket and 5 million a year to Mario. In my mind, that would be absolutely disastrous for Mario. There is just no way he should be earning 5 million a year at his age. Talk about your sleezy pimps, well Raiola is the sleeziest. Oh, and to make matters even more unbelievable, he is dropping hints about a Spanish club being interested. This has led to speculation about Mou and Real Madrid. Really?!? Were they not watching last season? The whole Mou and Balo dont get along thing? Crazy. I tell you these people are crazy. In a fit of "righteous indignation," over the new rules on non-EU players, Balotelli has decided to no longer be a member of the Italian Football Players Association.

And surprise surprise, Maicon's agent says that if he isn't going to Real Madrid or Manchester City, then he wants a raise. I think we all saw that coming. Even so, his agent hasn't ruled out a move. I love agents. Really, how do they sleep at night?

Ok, so enough about creepy agents. Tomorrow is the official presentation of Biabiany and Castellazzi.

And looky here, I think Santon has himself a Champions League trophy tattoo: 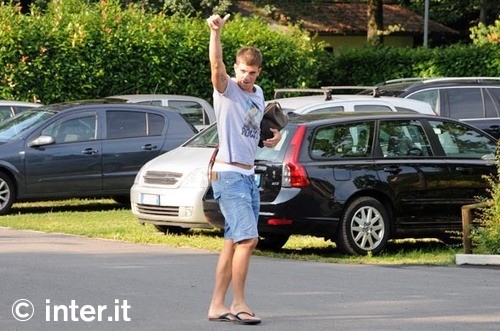