Inter v Udinese: So Gotta Win This One

Share All sharing options for: Inter v Udinese: So Gotta Win This One 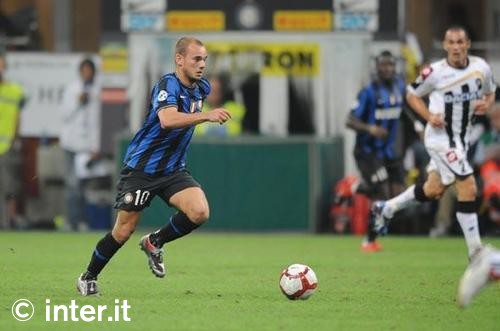 Well, here we are, Inter's first home game of the season. We were all excited about football a couple weeks ago, then we had to put all our enthusiasm on the shelf for what has to be the worst-scheduled international break ever. Luckily for us, we managed to once again come off unscathed from International Russian Roulette. That is, everyone seems to have come home uninjured. Now we just have to work up our steam again for the game on Saturday. And I am calling this a must-win. I know, it is early in the season but a draw would be setting a troubling pattern and a home loss would be almost unbearable. Inter hasn't lost a league home game in years. Now is the time - we need to step up and show we still have "it." Plus, we have a hellish couple months coming up. Best to start on a high note.

Last year, this game was a real nail biter. I dont know what it is about Udinese, but they are always a tough opponent for Inter. Of the 38 times they have come to the San Siro, Inter has most often won (22 times), but there are a fair number of draws as well (10). Recently, though, this game has either finished a 1-1 draw or Inter has won thanks to an injury time goal.

Well, first of all, as you can all see by the highlight video above, they are a fast team with some talented players. Last season, Toto Di Natale won the golden boot with 29 goals and I suspect he will be looking to score again tomorrow.

Coda, Basta, Ferronetti, and Denis are all out injured (ouch) while Isla is serving a suspension from last season. Isla and Coda are good players and losing them is a bit of a blow for Udinese. Still, they have quite a bit of talent left to choose from. Both Inler and Asamoah (of WC missed penalty fame) were linked with a move to Inter this summer. Obviously, both fell through (for now), but I think it goes to show that just because Udinese would probably be described as a provincial team, doesn't mean they dont have players who can hold their own with the top clubs. Plus, Bernardo Corradi is super hot (like surface of the sun hot). That has to count for something. 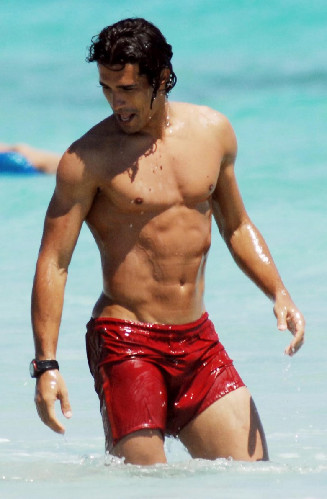 I give you the undeniable extreme hotness of Bernardo Corradi... words fail...

Just like Inter, Udinese got off on a bit of a slow start, losing their first game of the season against Genoa 0-1. But not for want of trying - they had 14 shots on goal with 6 of those on target. They have to feel a little unlucky after losing their opening game; against Inter, they will be looking for points and a little pay back, that is for sure. 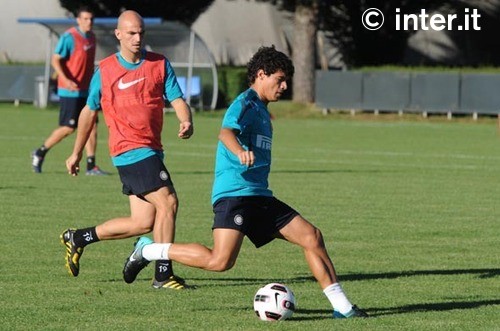 We need a little magic.

Rafa has called up the usual suspects (I mean, who else is there?):

Rafa says that Stankovic is tired, pardon me, fatigued, so cant play. I think it is a strange coincidence that Saturday is also Deki's birthday (he will be 32). One wonders if maybe he isn't just tired of not partying (I kid him out of love - really). He is expected to be ready for Twente, though. Looks like Suazo is either still not ready to play or he just didn't impress over the break. Mancini is still injured, as is Thiago Motta. Look for the latter's return in early October.

Santon and Maicon, although both convened, are in doubt for the game. Both have been struggling with injuries, and it may be that, with the Champions League game coming on Tuesday, Rafa wont risk Maicon. Santon is recovering but, according to Rafa, is not 100% yet. Still, the consensus is that Rafa will want Maicon ready for Twente on Tuesday, so of the two, Santon is the most likely to make an appearance.

La Gazzetta thinks Rafa will field the same formation as he did against Bologna:

Well, at least by now, everyone ought to know what to do in this formation. There is also some talk of reviving the good ol' diamond - if Santon is ready, that is. Zanetti would be freed up for the midfield, along with Mariga and Cambiasso, Sneijder the pivot, and Eto'o and Milito up front. I suppose we will have to wait and see.

I wont lie. I want goals. And I want to win. I know Rafa needs time (which is why he says we are still playing "Mou's way"), but I am not known for my patience. Rafa says that it will take at least three weeks for him to Benitize the team. Three weeks is a looooooong time. It includes league games against Palermo, Bari and Roma (maybe) and Champions League ties against Twente and Werder Bremen. Plus, he has already been working with the team for two months... Rafa, I swear, you are making me sweat.

Once again, I wont lie: I am a little worried. Our defense is slow to get back. With a fast, counter attacking team like Udinese, they can (and have) caught us out. With a little more finishing skill, this game last season could have very easily finished 2-4 in their favor. I hope Rafa has watched last year's tape and has pointed out to everyone just how quick they can be (Chivu, I am looking at you). We really need a win right about now... well, at least I do.

So go out there and get 'em, boys. We have a home record to defend and some points to garner. Please, oh please, great and powerful Calcio Gods, let it be three points this time.

Wow. Is this or is this not the very worst picture of Orlandoni ever taken? I mean, he looks like he is pretending to be a Tyrannosaurus rex (note the useless flippy arms) while trying to catch the ball in his mouth (as T-rexes are known to do). Yikes. After this sort of trauma, no wonder he wasn't called up. 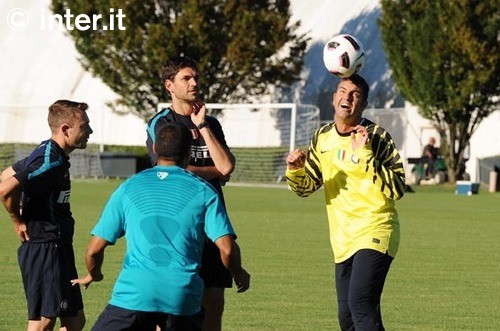