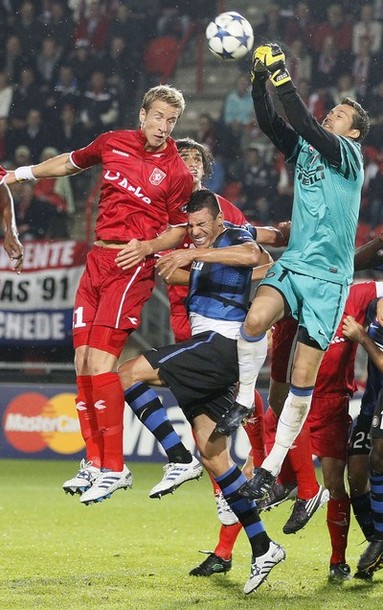 The Champions League group stage started and Inter began the tournament in their customary fashion, slowly. You know, one of these days we are going to win the first game of something and then it’s going to rain peanuts or something.

On the whole, I think that Inter played the first half a little timidly and the second half the team just wanted to score. I think that the team basically decided that they were capable of more and stepped it up. I am going to give Rafa some credit here, we played better after the half and I agreed with his subs.

My Inter player of the game: 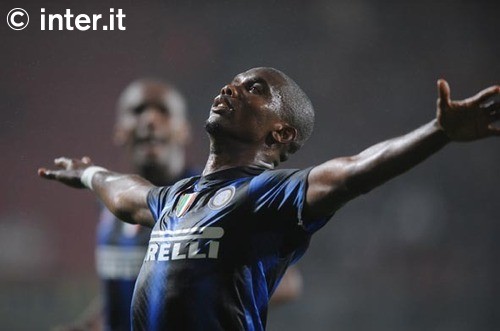 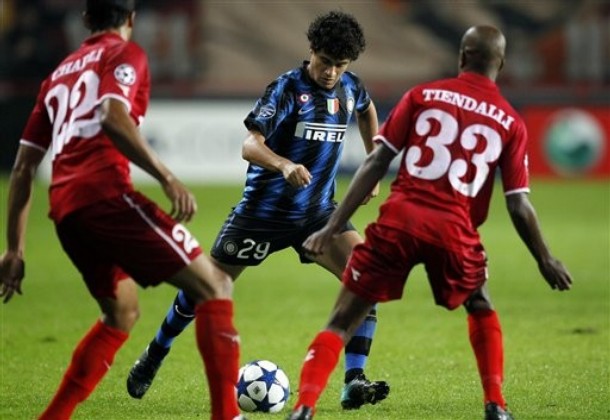 Cesar: I don’t blame Cesar for either goal. The first one was a great shot; however, I am disappointed that he didn’t trust his wall – although this distrust allowed him to make a spectacular save later on in the game. The second goal was just flukely. 6.5

Maicon: He looked like he was obviously a little rusty. I thought that he played off of Coutinho pretty well. It really took him until the second half to get going. 6.0

Lucio: I didn’t have any problem with the way that Lucio played yesterday. The guys on the Dutch team were all huge and it was a rare game that he really had to work for aerial supremacy and he didn’t win every battle. 6.5

Samuel: Walter started the season in shaky fashion but I think that he’s starting to get it together. With a few moments as an exception I thought that he played really well. One of those moments was the free kick he gave up that led to the first goal. 6.5

Zanetti: The best moment of this game is Zanetti slapping the Twente forward on the back of the head like an annoyed school master for not kicking the ball out of bounds so that Pandev could get medical attention. He basically played the left side like that all game – he was very much in control and the right wing had to drill crosses in from 30 meters out. 6.5

Mariga: I saw in the comments from the last blog post that others are getting as impressed as I am with Mariga’s play. However, on the Inter website there is a place where people can vote on a player rating. It seems that the 5000+ people who voted on the player ratings thought that Mariga didn’t have a good game. I thought that his shooting was horrendous, but I liked everything else I saw. 7.0

Cambiasso: By playing a more attacking game, with players farther apart, Inter are really playing away from Cambiasso’s strengths. Maybe this is why I haven’t liked what I have been seeing from him this season so far. Of course, having said this, he did hit the post with what could have been the winning score. 6.5

Pandev: Apart from getting injured, he set up Eto’o for the tying goal despite playing a pretty average game, in my opinion. The word is that his injury it isn’t as bad as it looked – and I hadn’t seen a leg injury that intentional since Johnny was told to sweep the leg. 6.0

Sneijder: I thought that Wesley had an awesome game as long as we ignore his poor free kicks. When he scored I literally thought that he came out of nowhere when he streaked toward goal playing the rebound. 7.0

Eto’o: Once again we have Eto’o taking the game by the throat when it became clear that no one else was going to be able to score. As the game wore on he took more and more runs into the area from his wide position. His goal was awesome. 8.0

Milito: His own goal was freakish, yes. But I am deluding myself into seeing a bright side. The strike he made on goal that Sneijder blasted home was both on target and strongly hit. All this aside, I thought that he had a pretty terrible game. 5.0 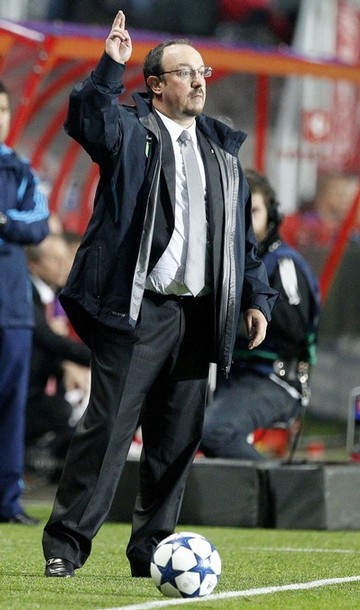 Here’s how I saw this game, the first half was pretty back and forth but I thought that Inter had the better of it and put more pressure on Twente. The second half was all Inter. Twente was only dangerous through set pieces and one header that went over the bar, but the player doing the heading was free as a bird at about the 6 meter box.

I would like to point out that for the third time in this extremely young season, by my reckoning, we hit the woodwork. Bad juju. Bad juju.

I think it’s safe to say that we are playing a much more attacking style 4231 then Mourinho instituted. Why do I say that?

1. The attacking wings do not come back as far to help out in defense. It’s either design or a lack of discipline but the wings, usually Eto’o and Pandev aren’t coming back as far as often. I want to say that it’s designed to keep space between the fullbacks and the wings to keep the opponent honest and spread out. I couldn’t help but notice that Eto’o has drawn the double team in the last 2 games out wide. People are scared to death of him out there making a run at a fullback without help. But I don’t think I have seen him play on the defensive side of midfield much at all. Like I said, I want to believe that it’s design and not player rebellion.

2. The gaps between the players are relatively huge. Mourinho liked to keep a compact shape to his team. That means that the gaps between his defenders and his most forward attacker was as small as possible and still allow 3 or 4 midfielders to stretch their legs. Sometimes it looked like a horizontal line of humanity going up and down the field. This shrunk the space that everyone had to work in and would take advantage of our physical nature since everything was done in close quarters. Rafa, apparently, likes to spread it out. You can tell how much more he likes to spread the field out by looking at the bigger zone that he leaves Cambiasso and Mariga to cover. It’s this gap, by the way that is proving to be difficult to manage. Space favors the attacker, and creating space in our own team to aid our attack leaves the same gaps for us to cover in a counter. So far we are doing alright – its set pieces that are causing us grief, really, not open play. Although there have been close calls.

3. Rafa is still taking advantage of our fullbacks attacking up the sideline while using wingers giving us 5 or 6 players in close proximity to the opponents penalty area putting pressure on the edge of that box. Here’s what I mean: Maicon or Zanetti is bringing the ball up their respective lines do Eto’o or Pandev switch to cover? Nope, they make diagonal runs into the corners of the area pressuring the space between the centerbacks and the fullbacks trying to force a mistake. Check out the run on Eto’o’s goal where he starts wide and cuts inside. So, 2 wingers, a fullback, the striker and the playmaker, that’s 5 players going forward if the other fullback hangs back and if Cambiasso or Mariga decide to hang back – and we have already seen evidence that they have some license to go forward.

And for the most part yesterday, it worked. Yes we had to defend and do so desperately at times, but by and large we were very dominant, especially in the second half. I said earlier that Cambiasso hit the crossbar, Mariga was very close at one point. Courinho had a nice shot, I think. We looked very good, but Twente had a dead ball specialist and took advantage of his skills. It paid off for them. The good thing is that everyone else has drawn as well, so we start fresh again during the next midweek game. If we are going to flub a game that we probably should have won, at least we did it away. Eating home cooking has been good for us in the recent past.

Next up, away to Palermo. 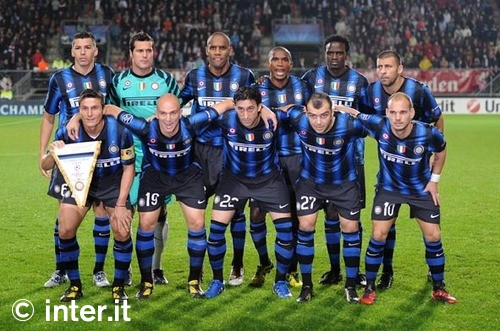