Share All sharing options for: Palermo v Inter: Going down to Pinky Town 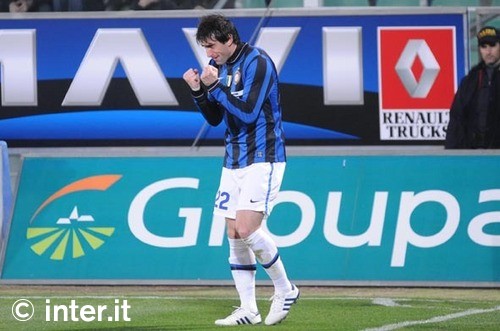 It is never easy to go to Palermo and come home with a result. They are a strong team with some great players. And except for an aberration against Cagliari, they have been knocking in the goals. Unfortunately, (or fortunately for us) they have been letting in more. In any event, this game should be about Inter and what Inter will do and not what Palermo is up to. Alrighty then, let's get down to it.

What: Inter v Palermo,
Where: Stadio Renzo Barbera, Palermo
When: Sunday, 3pm local time (6am pacific -ouch - 9am eastern)
How to Watch: Live on Fox Soccer Channel or Find a stream: MyP2P, Rojadirecta, Ustream, and ATDHE.net

As I said above, Palermo, at home, are a tough team to take point from. I know, this is a whole new season, but last year they didn't lose a single home game (sound familiar?). Overall, Inter has a pretty good record against Palermo, but in Sicily, we are most likely to draw (W: 8, D: 11, L: 4). Last year was one of those draws. The game finished 1-1, after a goal by Cavani and a converted penalty from Milito.

I dont plan on doing a whole lot here. Lorenzo over at the Palermo board does a great job of keeping us all up to date on all things Rosaneri. Still, there are a couple things I thought I might bring up...

1) Palermo are still unbeaten at home.
Palermo has played a five games this season in all competition. they have scored 9 goals. True, they have also conceded 9 goals, but not at home. They have only had two home games (Cagliari and NK Maribor), but both were clean sheets. Of course, last week's Serie A match against Cagliari finished 0-0, so there wasn't a whole lot of action on either end. The Barbera has been a fortress for Palermo, and you just know that they are going to give it all they have in front of a sell-out crowd. 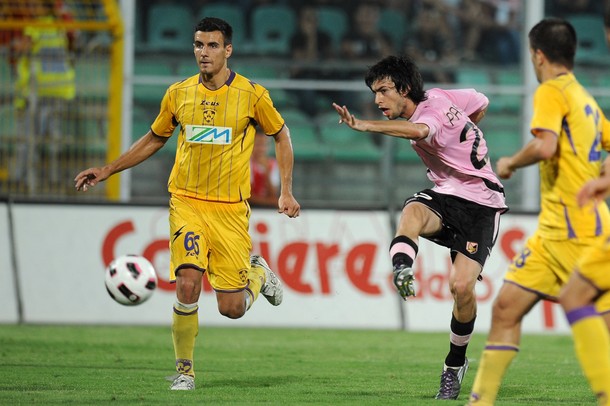 This Pastore kid wants watching - he has a real future ahead of him.

2) This season, for the first time in a long time, Palermo will have to deal with mid-week European matches.
Those midweek games can really take a lot out of a team that isn't used to the travel. Heck, it can take a lot out of a team, period. Palermo played last Thursday in Prague (they lost, 3-2), and although the squad was a bit different from what is expected on Sunday (Cassani, Munoz and Nocerino), playing twice a week may take some getting used to for the players.

3) It doesn't look like Miccoli will make it back in time for this game.
While he is banging them in for the Palermo's youth team, he hasn't been convened for this game.

Rafa has called up 19 players (and it looks grim):

Sneijder has tweeted: "Unfortunately I still have pain and I limp noticeably, I believe in the strength of the team and in the victory for the game against Palermo.C'mon guys !" So he is out injured. 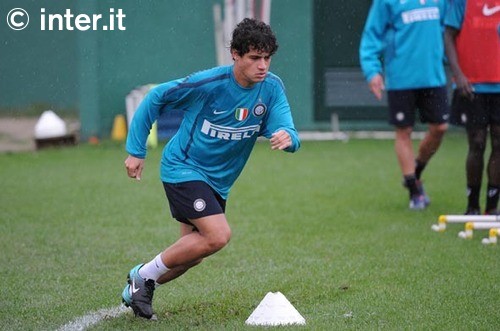 Pandev on the other hand, has made a remarkable recovery - remember, he was stretchered off the field midweek. Rafa says that Deki is fully recovered as well. I have no idea why Biabiany is not on the list. Santon, on the other hand, is convened, but may not have a full grasp of how Rafa would like him to play. Which is why, he says, he has chosen the experience of Zanetti or Cordoba over Santon recently.

So, uh... Anyone want to take a crack a a formation? Rafa was asked today if he would change things up, he took the opportunity to make a joke, saying:

You see, the word rombo can mean either rhombus, as in a diamond shape, or turbot, as in the fish. So Rafa said:

"You speak and write a lot about the rombo [rhombus], but I have learned that the rombo [turbot] is a fish, therefor at this point I belive that I need a good chef.... [ha ha ha, funny funny Rafa] The players we have available are at a level to play in different ways, but we will understand more match after match. Now we are trying to put into practice an idea, after if for the team it would be better to change, we will do it, but I believe that the difference in a group can be made from the intensity, the quality, and the attitude of the players, not the formation."

With Pandev and Stankovic not 100% and Coutinho still being eased in, the forward part could go a number of different ways. How about this - take a stab and whoever gets it will get to officially call themselves "The Grand Imperial Poobah of All Things Inter" for the day (the GIPATI?). I will make up a certificate you can print and hang on your wall and everything. 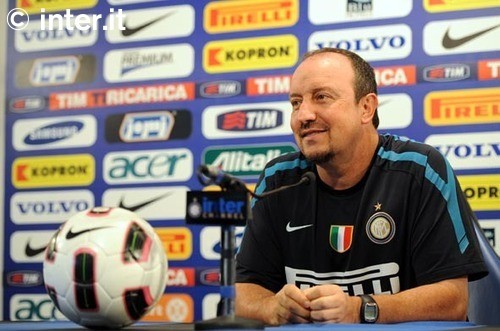 Not really doing yourself any favors, there Rafa. Not helping your cause at all, really.

Rafa finally spoke about what "his Inter" might look like. Surprise surprise, it is Barcelona. Yep. Benitez wants to bring Inter to the promised land of posession-based tika taka football. Hooray? But somehow, he is going to splice it with the counter attacking system the team already knows... Counter Attika Taka? Rafa did point out, though, that while clearly Barcelona is the best, Inter can only try to emulate them a little bit because we dont have 10 years of training youth players into this style.

Ok, so maybe I am letting my distaste color my translation. More literally, when asked if there was one team he particularly admired, he said:

"I think that actually Barcelona is the team that plays better. If we speak, for example, about national teams, Spain did very well at the World Cup because it had many blaugrana players. I believe the idea of Barcelona is the best, but it is not easy to create because it is an idea born of a long project, 10 years, and carried out with the youth over the years with the same type of training and the same formation. Barcelona is a beautiful team with a great coach who works very well, knows the team, and [a word I dont know] component. This is a bit of the idea that everyone wants to put into practice, but it isn't easy because there isn't always the time to work this way."

I think this may just tear it between me and Rafa. Mou would never ever in a million billion years say any team was better than Inter while he was coach. Never. If Barcelona is the end all and be all of club football, then why even try? Lets just give them the CL trophy every year and be done with it. I am having difficulty expressing just how angry this statement has made me without resorting to petty name calling and profanity. Basically, if Rafa is so in love with Barcelona and their system, then perhaps he should take himself off to Spain. The sooner the better.

Also, I think it is interesting that this part of the presser didn't make it to the English summary. Funny that.

Once again, though, Moving On

This is going to be a tough test. Both teams are a little tired and both will be missing key players. Plus, Palermo dont like to lose at home. They will be playing for keeps (while we will be playing like a sub par Barcelona? I am still not over it). Given the squad's recent form, this was always going to be a tough tie. Add to that the injuries, and we are really going to have to hustle to bring home a point. Especially because if we dont, there will be no end to the recriminations. Inter has to step up and show we are still some sort of force to be reckoned with or I think the small flickering light that remains from last year's historic win may just go out. Inter has to show that we can make this team work, even without Sneijder.

Come on, lets find that Triple-winning groove again, boys. It's in there somewhere, I know it.

Hmmmm. It doesn't look like we have a GIPATI winner today. Too bad - and it is such a lovely certificate. Tell you what, I will change the date and we will try again against Bari. 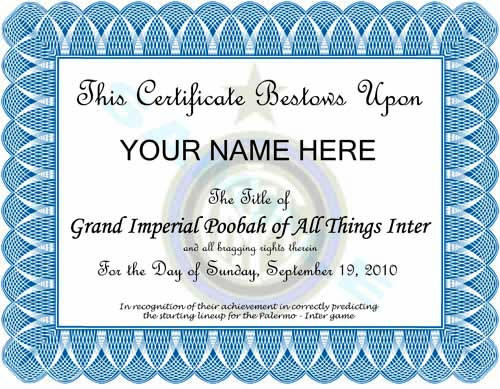