Can You Feel The Love?

Share All sharing options for: Can You Feel The Love? 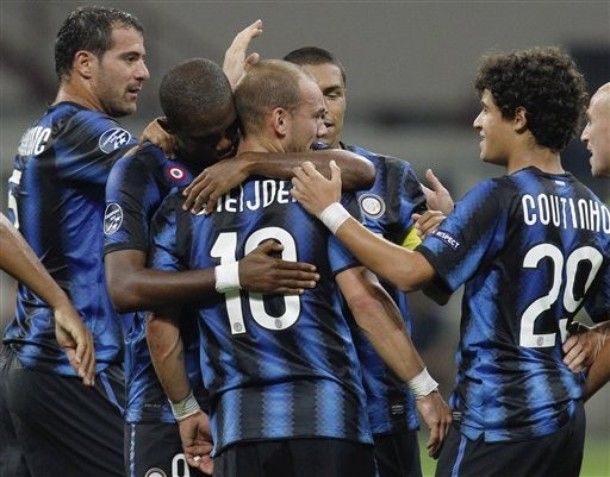 Nothing brings a team together like a resounding win. A 4-0 thumping is just what we needed to bring the love back to the team. Also, how great were the babies last night? Coutinho showed glimpses, although he was still pushed around a lot, but Biabiaby, for me, he was the revelation of the evening. Oh, and congratulations Castellazzi on making your Champions League debut and thanks for keeping a clean sheet. 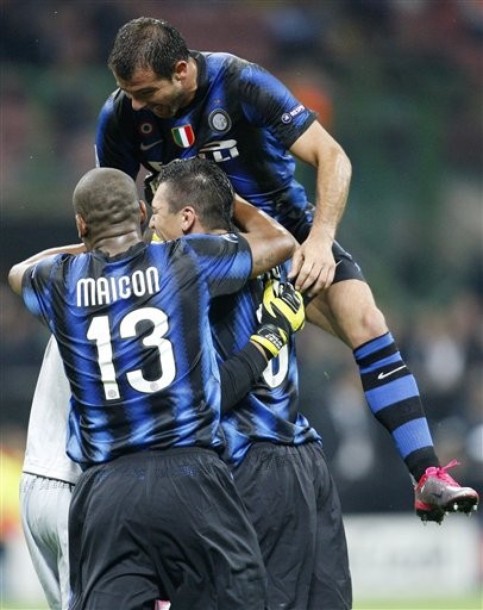 Even the defensive line was feeling the love last night. 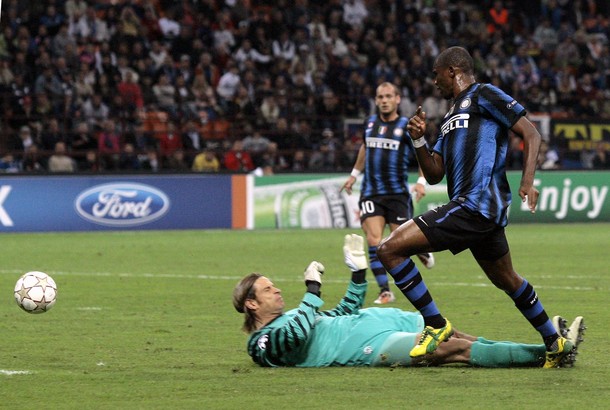 I would like to point out that Werder Bremen's keeper was wearing that odious teal last night. Teal is a sort of green. Clearly, the green-keeper-kit curse is still in effect. JC, no more teal! 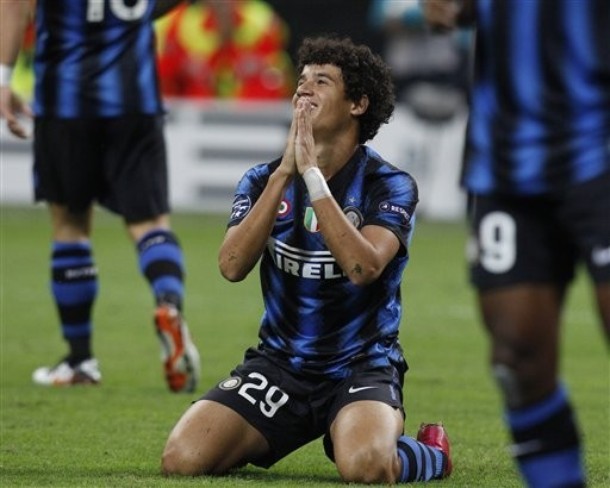 Holy cow, but how cute is Coutinho? He got muscled off the ball a bit but I really think there is something there. Yep, he just may be the real thing. Check out how super cute he is in this interview with FIFA. Unbelievable. 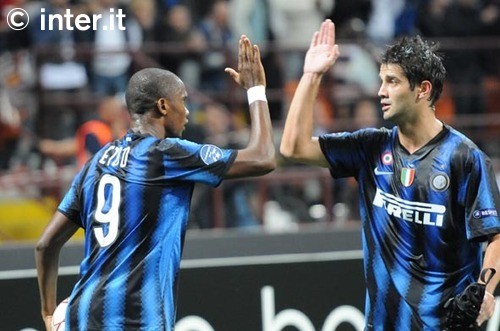 See, it is all good. 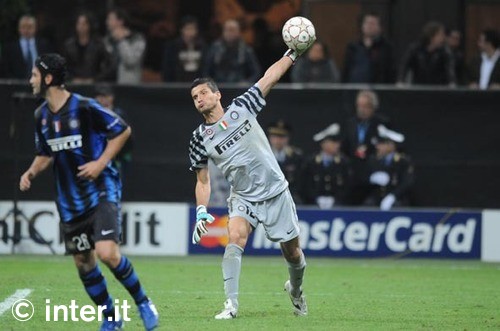 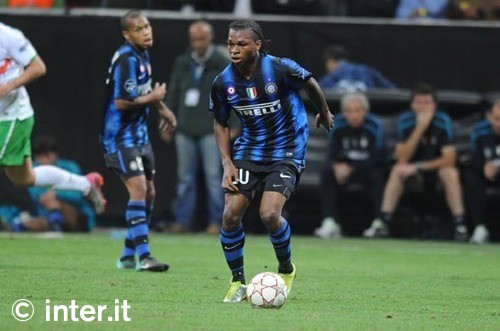 Great job from Biabiany. Whew! And Obi, there is still some work to be dont, but he won the ball for Eto'o's third goal so clearly, there is promise. Good work, boys. 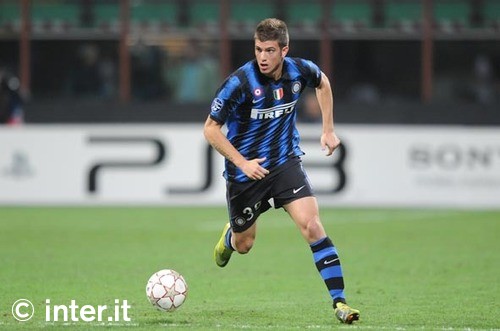 Santon didn't have much to do last night, but he didn't mess up either. Is he back? I sure hope so! This was an important first step, at least.

All around, a very satisfying Champions League night. Six points from Tottenham will do nicely, thank you.

Ok, I will admit it, Eto'o is a pretty darn effective striker. He put his money where his mouth was. He brought it. And we Inter fans thank him. 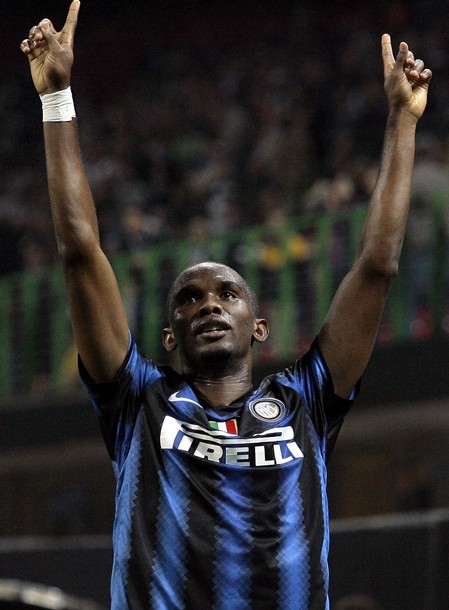