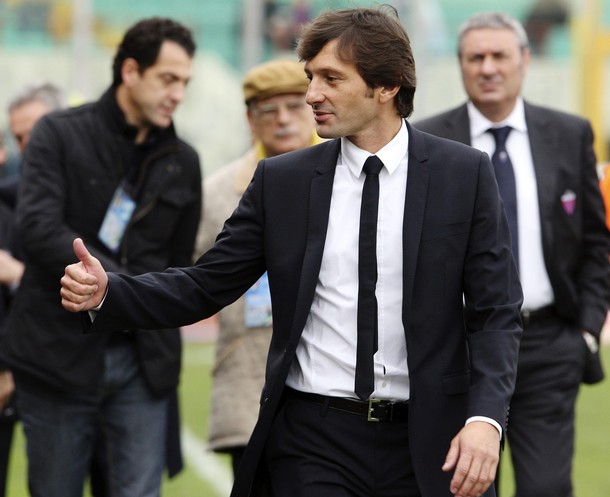 This season I have written that when you play poorly you should expect to lose. Title contenders can play poorly and then create a moment of magic to turn the game on it’s head - that wasn't us a month ago. But times may have changed.

Yesterday we played poorly for three quarters of the game. We played as though we would have accepted the 0-0 draw - which for the record, would have been fine with me considering Catania’s record at home this season and our ineptitude - until Catania scored and we needed to equalize.

Things got hairy in the back on several occasions and I thought that Castellazzi did a phenomenal job for us turning away what I thought were 2 sure goals and maybe 2 more candidates that were on net. Leonardo showed some nerve and common sense by introducing Pandev, who played a second good game in a row, and taking out Chivu who... well lets just say our fortunes improved with his absence, shall we.

My Inter Player of the Game, it was a close call his week: 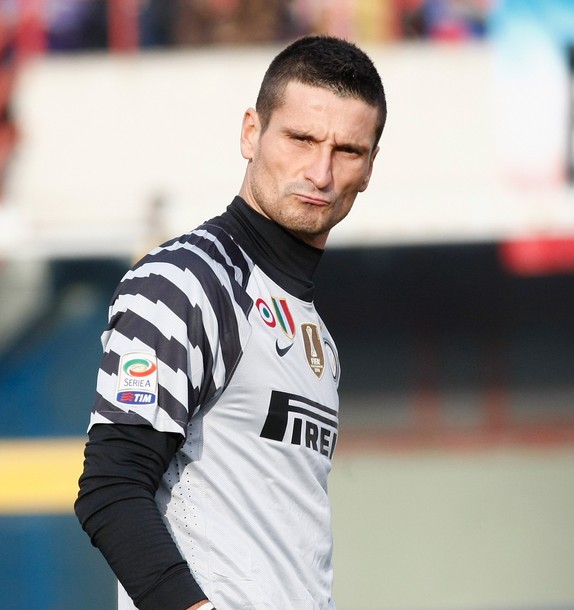 Castellazzi: Came off his line well to help the defense defend the counter and held off Catania nearly single handed until we gave up yet another goal from a set piece. A goal, I might add, that he saved the initial shot from very close range. 8.5

Macon: Continued his personal Renaissance with another good showing and another assist to Cuchu. Maicon was aware and invested. What a difference he can make in a game when he tries. Besides, his trivela cross was something that Quaresma could learn from. 7.0

Lucio: As ever Lucio is the defender we can count on this season. This is not a slight on Cordoba, but Lucio’s presence, both in his personality and physical form, has been huge for us in this difficult season. That having been said, it was generally an iffy game for our defenders. 6.5

Cordoba: I didn’t think that Cordoba particularly screwed up this game, but defending the counter used to be his specialty. I thought that he had an average game yesterday but not better than Lucio. 6.0

Chivu: I thought that he was horrible yesterday. In fact, I think that he’s so horrible that we might as well put Santon or Natalino back there and live with the decision. I would rather he play in the middle. 5.0

Zanetti: Javier had an averge game yesterday. Like most everyone else, he didn’t play as well as he did midweek. However, something should be said about his tactical flexibility that allowed - with one substitution, mind you - the team to change formation from 4312, tight and cautious, to 4231, attacking and much more ball possession. 6.5

Cuchu: Player of the Game candidate if you only take the second half into consideration. Cuchu’s first half was as bad as everyone else’s. 7.0

Motta: Motta came down considerably from his dizzy heights midweek to tired mediocrity. Personally, I think that his long layoff due to injury made 2 games in a week a tough ask. 6.0

Deki: I thought Deki was pretty average until I saw the highlights. I realized that it was Deki who was sprinting the whole field in the hopes of making a difference on the break away counter attack that left our defense in a shambles (miraculous Castellazzi made the hockey style kick-save on that shot). He also saved the second shot and tried to save the third shot that went in off the goal line. Oh yeah, he was the setup man for the first goal. Effort like that should be noticed and thank the gods for highlights. 7.5

Milito: Still off his game but looking better than before. He had a pretty volley that was on net and he was centimeters off another strike to the far post. 6.0

Eto’o: I was not pleased with Eto’o’s performance at all. First of all, I understand why he was so wide - we needed cover and width near the sideline in the midfield to forward area of our field and Chivu has little range. But he didn’t play with the passion/energy I might expect of someone who just had a 1 month layoff for a moronic gesture and wanted some personal redemption. 6.0

Pandev: I am including Pandev because his inclusion into the game was really the turning point yesterday... but it was also a marker in a sense that the team is being run differently than it was 3 weeks ago. Pandev played very well, his ability to pass and draw fouls helped our cause considerably - but his effort on playing defense higher up the field, if he can continue to do so after the new coach bump, could change things around here. 7.5 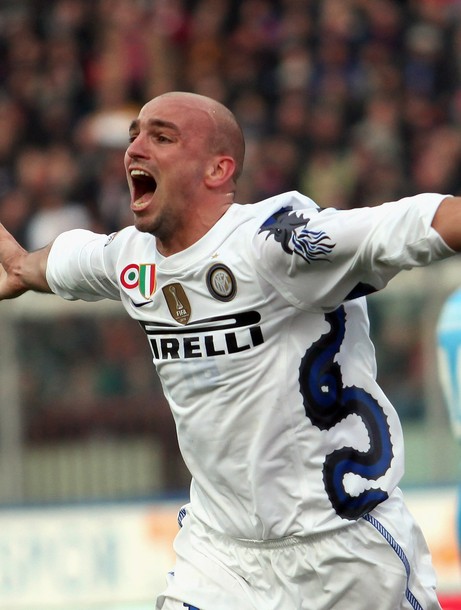 There were a couple of things that stood out to me in glaring fashion yesterday.

First, even though we started slow and didn’t look nearly as sharp as Catania, there looked like a plan. Hang back, let them come forward, keep the score down, work cautiously through the center and keep the risk low until the second half. Mourinho used to do something similar when playing an away game. If it was a tight first half, he would wait until the 60-ish (Leonardo’s change was at @65 minutes) minute mark - or until we were behind - and then change formation/players and only then risk the attack. All a formation does is focus the attack or the defense somewhere. Leonardo changed our focus from the holding center of our field to a wider, attacking area. It crated more possession and space for players to run into It also created more risk, as the corner and ensuing goal against us showed. It was a ballsy move and it’s indicative at how cautious Benitez was that this daring is so shocking.

Second, even though Catania looked the better team on the day, I didn’t get feeling that were going to win. Before the game, considering the run of form both teams have had, I would have been happy with the draw. I thought that once we got to the second half at 0-0 it was going to end that way. Catania had some good chances and since they didn’t put those away against us, I thought that was going to hurt them. In the long term it did, but it didn’t feel that way at 1-0. The attitude on the field was much different than it was with Benitez. I can’t define a moment where I said, “There! Evidence of more confidence and concentration!” it was just there. But I want to remind people, including myself, that we are still in the new coach bump area. So, early success should be met with as much salt a your diet and blood pressue can handle.

Thirdly, the coach and I saw the same thing... and that instills me with confidence. Chivu, I thought, was a liability - he was he first one off. The defensive screen in front of the defense wasn’t working - it was dismantled. Zanetti put in at fullback, focus of the team put on the forward midfield. Motta was at best average all day and he started to look done in - off he comes and Mariga comes on, the player I wanted to see come on in that situation. I am not saying that I am the all knowing wazoo, on the contrary, if an amateur like me can see what was going on from my crappy stream 10,000 miles away... well. Mourinho used to surprise me all the time with some of his personnel choices. Being surprised doesn’t bother me if it all works out.

Coming up is Coppa Italia. I am not sure how I feel about which team we should put out there. We either save personnel for Serie A... or we go for the title because we’ve given up on Serie A. Thank gods I don’t have to make these decisions.

I just felt a great deal more confidence watching this game than I had in a while. Still, it’s early yet. plenty of miles to go before we sleep. 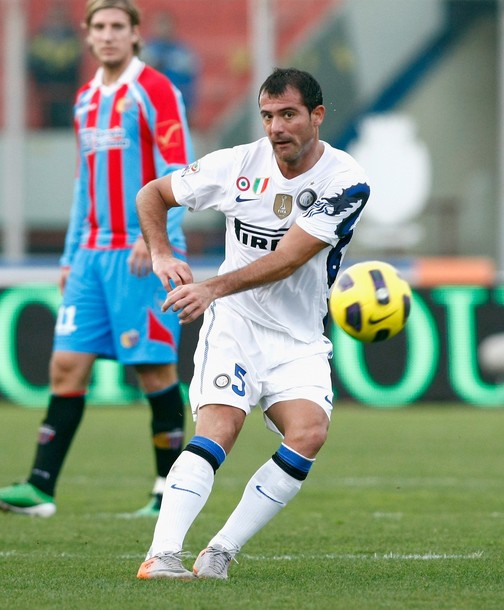