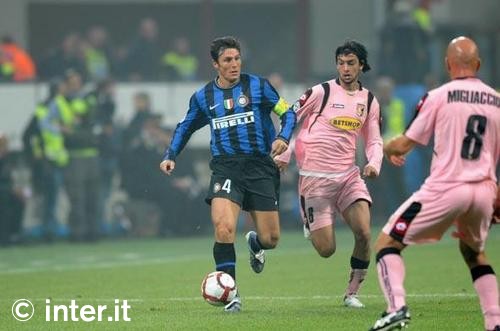 Inter's galloping unicorn stumbled a bit last weekend but there is still an inkling of hope. A tiny pinprick of light by the names of Ranocchia, Kharja, and Pazzini. Sure, the squad is just a little tired right now (and who could blame them) and the midweek 120 minute San Paolo death match hasn't really helped matters, but with these reinforcements, we just may have a shot. True, those new guys will be thrown in the deep end, but they have to sink or swim at some point - it may as well be Sunday. That Miccoli fellow, he's pretty good though. He wants watching.

What: Inter v Palermo
Where: San Siro and that awful awful pitch
When: Sunday, January 30, 3pm local time (6am pacific, 9am eastern)
How to Watch: Live on Fox Soccer Channel, Rai, and these channels, or find a stream (MyP2P, Rojadirecta, Ustream, and ATDHE.net)
Liveblog: Sure is early here on the other coast, but sure. Be here 15 minutes before kickoff for Kirby's Liveblog-A-Go-Go.

Inter has never lost against Palermo at home in the Serie A. Nope, out of 23 games, Inter has won 16 and drawn 6. It would be a real shame to break that record tomorrow. Still, even when you are winning, you cant count them out. Last year, Inter were 4 up by half time only to see them come back with 3 in the second half. We got one too, so the game ended 5-3, but it was a nail-biter. See for yourself:

There is great Palermo blog here on the Offside. If you want to see this game from a pink point of view, go check out LorenzoRosanero's board. You wont be sorry - he is a good writer with great passion for the game and Palermo. I read all his posts.

This match, like the Fiorentina ties, are tough for me. I have a soft spot for Palermo - I think they have some real talent on their team and a team chemistry that make them a joy to watch. Well, not as fun as Inter, but right up there. Still, at least twice a season, Palermo must lose, because no matter how soft the spot is, it isn't anywhere near the squishy gooyness I have for Inter (which is vast). 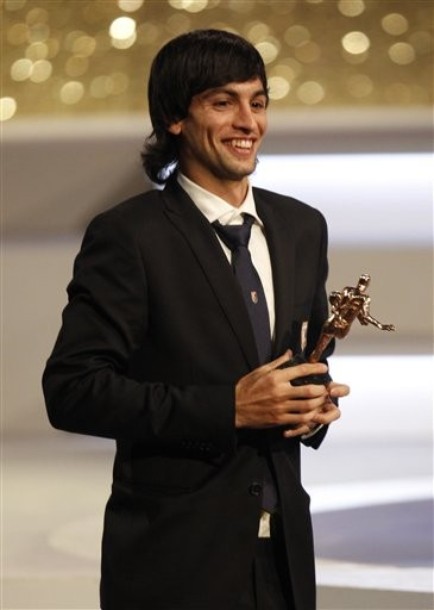 Palermo are only 1 point behind us on the table. They have scored 34 goals (one more than us) and allowed 25 (three more than us), so are pretty close to Inter in that regard too. They dont have the best away record, only winning 3 on the road. Interestingly, they score most of thier goals in the second half (62%); most commonly either just after the break or in the last 15 minutes of the game. Palermo require full attention for the full 90 minutes. Pastore and Ilicic are thier high scores, with 8 and 7 goals respectively. Pinilla has an addition 5 and Miccoli (who has had some injury woes this season) has 4. So they have a number of dangerous hit men. Great. 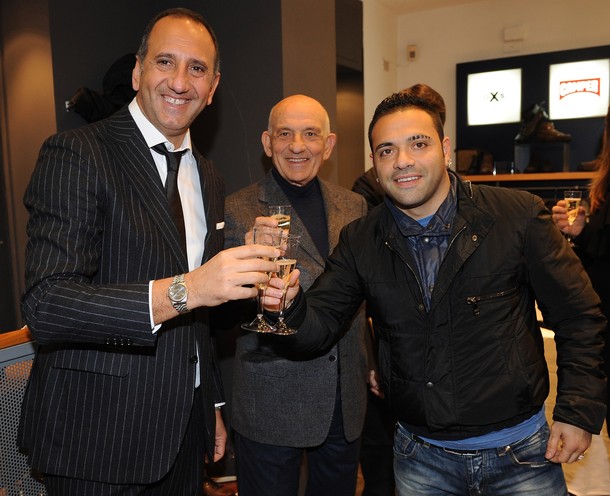 Fabrizio, unless you suffer from trichotillomania, leave your eyebrows ALONE! For Pete's sake, let it grow. You look like a dork.

Rossi has a almost a full squad at his disposal; only Hernandes, Pinilla, and Goian are out injured. That may mean Inter will be up against:

And that looks pretty formidable. I guess the new guys will get their trial by fire, because Palermo is difficult in the best of times. Now, when we are all tired and injured... Yikes.

Leo has called up 20 players:

I think we are all surprised to see Milito and Julio Cesar on the list. I think Milito will start from the bench while JC may find himself in the stands. I expect him back for Bari, though. Chivu, Stankovic, and Cordoba are all suspended for this game, while Muntari is off on loan to Sunderland. Stankovic and Cordoba are injured anyway, so it is no skin off our nose, really. I does mean, though, that Santon and Ranocchia can hardly help but start. Mariga is out for a month at least with a second grade strain in his left something or other. Apparently Nwankwo is going to Parma on loan, especially because we have this new Knasmullner kid. 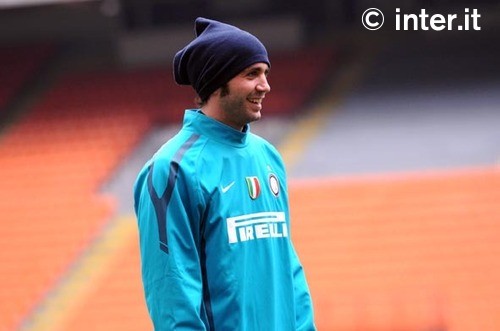 Make us love you, Pazzini. Be a Champion.

Pazzini has chosen #7, which, as we all know, is Figo's number. Figo was nice enough to call Pazzini, though, and gave him his blessing on taking the number. I, though, will need a little convincing. I love Figo... Pazzini has a lot to live up to. 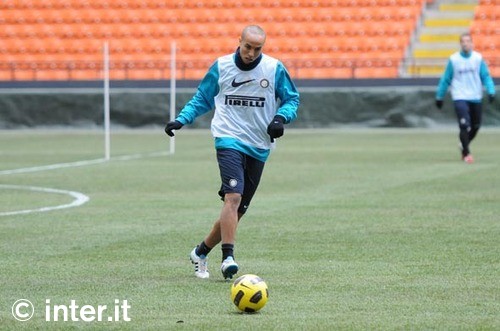 On the other side, New Guy #2, Houssine Kharja, has taken #14, in tribute to his countryman, Patrick Vieira who wore that number at Inter before him. If that is what will inspire him to greatness, then go for it. Because no matter how broken down and clumsy he was by the time he finally left Inter, there was a time when Vieira was great.

As to how all this will play out on the field, I just dont know. I think that this game calls for greater minds than mine. I think this may just warrant a GIPATI. That is, if you can predict Leo's lineup against Palermo, you will be awarded the coveted title of "Grand Imperial Poobah of All Things Inter." Not only does it come with copious bragging rights (until the next game at least), but you get a beautiful certificate (suitable for framing) with which to impress friends and neighbors. Also, chicks dig it.

No Leo presser today. The whole day was taken up by Pazzini's introduction and some training at the San Siro (which has finally gotten a new field):

It is nice to see Sneijder out there with the rest of the squad. Maybe he will be back next week (fingers crossed). We have lots and lots on our plate: after Palermo is Bari, then Roma, some midweek international friendlies, and Juve. It is a lot. A whole great big lot. I hope Pazzini and Kharja can hit the ground running because there is no time for them to ease in. We need results and we need them tomorrow. Tomorrow could also be Santon's chance to show Leo why he deserves more play time. So, lets all dig deep and find that extra little bit of strength and put these pinkies down. Because if we are serious about this relaunch, then we have to get serious - 3 points serious.

New Guy #1 loving up on Inter: