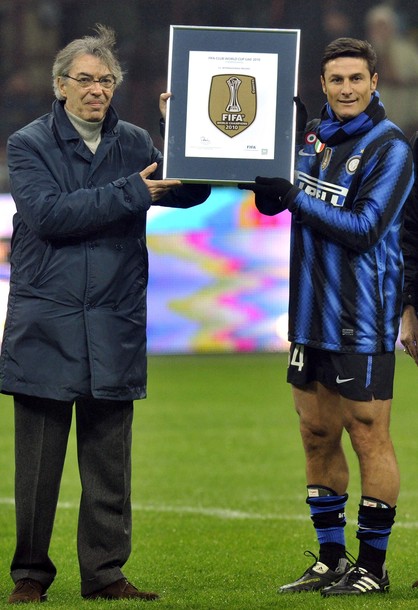 I really enjoyed watching the game this afternoon. It was very reminiscent of the way we played to success these last few years minus the last 5 or so months. This wasn’t a good result against questionable competition, as in the CWC. Napoli is having a hell of a season so far, even if their bench looks a little thin to me for the long run, and they have some players that I wouldn't mind seeing in Black and Blue.

As I have said before – and will discuss again here - the name of the game these days is pressure. It takes intensity, desire and a belief that running your ass off is for a good, higher, purpose. Having enough organization on the field so that players can support each other doesn’t hurt either.

My Inter Player of the Game, there’s no doubt in my mind: 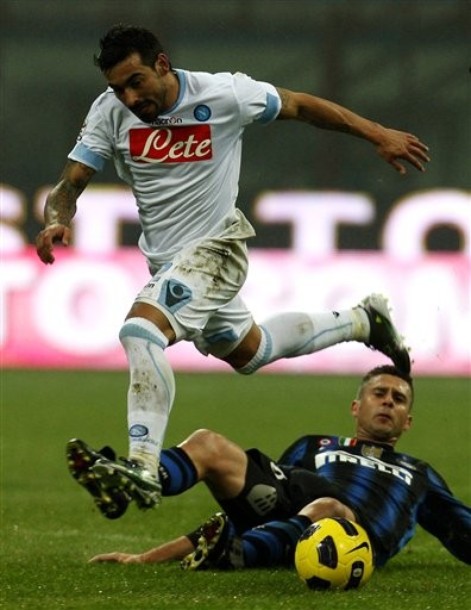 This is why he\'s The Man today - it\'s not just for scoring, although that helps.

Castellazzi: Luca played competently today. It was a solid performance. The only thing I don’t like about his game is that he doesn’t come off his line well, this was fatal today. 6.0

Maicon: Where has this guy been? This Maicon - as opposed to the guy wearing his shirt these last 5 months – was active in defense and had responsible spacing in attack. It’s almost like it was another person. 7.0

Lucio: I can’t say a bad thing about Lucio’s game. He was bossing the back just like we want him to and he pressured the ball forward. 7.5

Cordoba: There were moments that I thought Cordoba was rather dicey in the back, but he managed to pull his ass out of the fire before he burned us. 6.0

Chivu: There were moments I just didn’t like his game today, like his dumb yellow, but he had several high points as well. 6.5

Zanetti: I love Zanetti’s presence when he’s fully invested in the game. He covered for Maicon and Lucio when both went for the attack and then he also attacked as well almost scoring. Plus watching him on the ball is pure pleasure. P.S. the Meazza field was shocking. 7.5

Cambiasso: If Motta didn’t have the game that he did, it was Cuchu that would have been my player of the game. He’s the engine that runs the team and when he doesn’t perform there is a gaping hole right in the middle of the field… kind of like there has been. Watching Cuchu flying up and down the field intercepting passes, sticking opposing players, making good passes and scoring a clear cut effort goal was absoludamntely awesome. 8.0

Motta: We have so many physical, lung-buster midfielders that it’s sometimes so jarring when we see a midfielder who has the technical ability to link the different bands of the team together not only keeping possession but also making dangerous passes. Motta made several passes but he also made dangerous runs and scored 2 beauts. 8.5

Deki: Stankovic had a very good game. I loved some his diagonal passes to open players. Plus, his 1-2 with Motta for the first goal was just amazing. 7.5 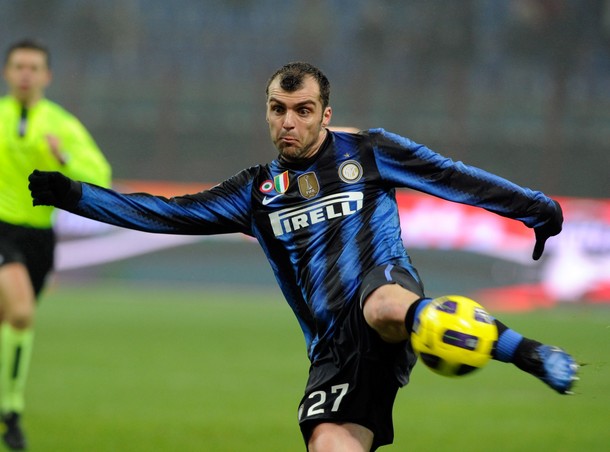 Pandev: Today’s Pandev looked like a totally different person than the guy who walked onto the field in August. Pandev ran, passed and played defense with huge effort. He totally deserved the supporters’ applause when he came off the field. 7.0

Milito: Good game for Milito, even if he didn’t score. He worked hard and I think that his offside problem is only a function of his eagerness to score, so it’s no big deal to me. But he should have put that sitter away. 6.5

This isn't a rating of anything but has anyone else realized that Leo is bowlegged? 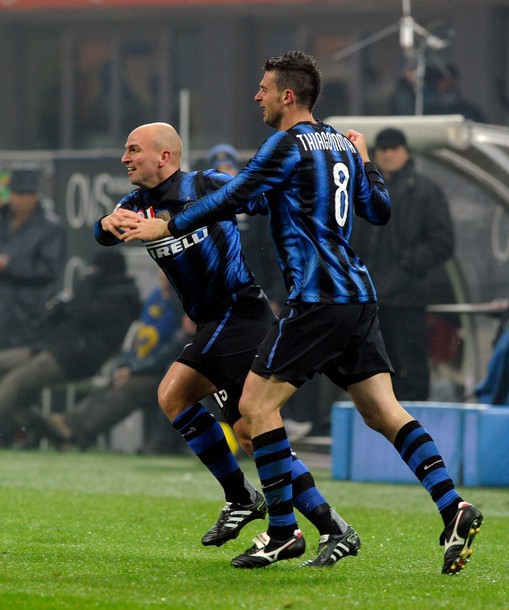 Pressure. Pressure. Pressure. We know we have the players to play formations in the 433 family: 433, 4231 or 451. Likewise we have the players to play the 2 442 variants that we like: 41212 or 4312. How many midfielders/forwards we line up with and how well they play on the wings is really less important, in my mind, to the fact that we need to pressure the ball on defense and pressure the other team on the attack.

Attacking the ball on the defense is crucial, sure, and it had been sporadic under Benitez. But what had really been lacking has been our ability to pressure the other team when we have the ball. The transition or counter attack also puts pressure on the other team. Every time when the other team comes down the field they have to keep one foot back to sprint back and cover in fear of the counter.

Today, we punished Napoli for coming down the field at us – even if we didn’t score from the counter the threat was there. Napoli looked like they were run ragged at times from having to sprint back and forth while we would only send up 2 or 3 attackers up on the counter. The pressure on the Napoli back line was telling, I think. Milito had several near chances – and who is to say that on another day those won’t turn into goals that we need.

Forcing the other team to worry at the turnover only makes it more likely to happen, kind of like how someone who is worried about spilling something almost always does. With Benitez, we seemed to walk the ball up, or back pass the ball up the field, somehow. There just wasn’t any movement or suddenness to the game. We were worried about making pinpoint passes that were never going to be perfect enough instead of tackling hard and breathing down the necks of our enemies, forcing them to play faster than they want to or looking out for that next defender that’s going to try to punish them instead letting them have time for a free look for a pass or a shot.

To paraphrase Al Davis: The other players must go down, and they must go down hard. This is supposed to be a contact sport, people… it’s about time that we fucking remember that.

Okay. Taking a step back, this is just the first game under Leo and the real test will be to see whether or not we can continue this level of intensity and hard work after the 5 game bump in concentration and effort that all teams get when changing managers get wears off. Can we play like this in February? That will be the real test for Leo. But for now, I am enjoying the rare win over a team above us in the standings. 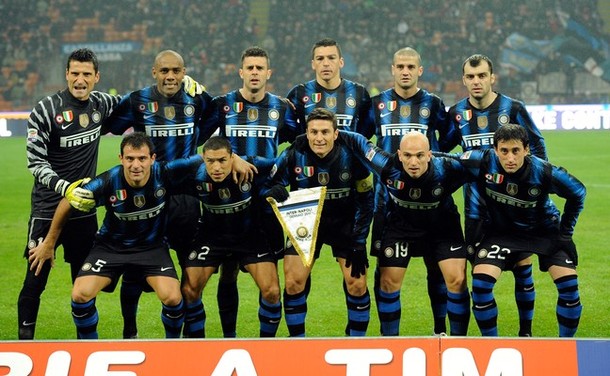