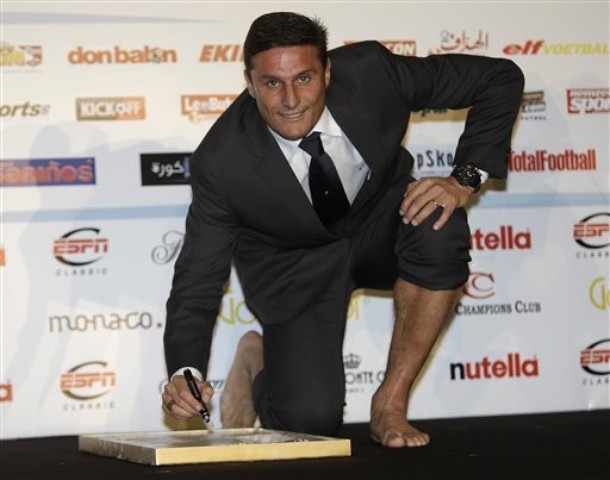 While Javier Zanetti did not win THE Golden Foot Award - Ryan Giggs took that prize - he did win A Golden Foot Award: the career award "as International football legend." And it couldn't have happened to a nicer or more deserving guy.

According to the press release, "Zanetti is a living legend for his victories on the pitch, the more than 1,000 matches played as professional, the all-time record for appearances with FC Internazionale and his famous fair-play”.

His status as a living legend (as opposed to being simply a legend) was highlighted by the fact that he is the first player to be nominated for both the final prize (the one Ryan Giggs won) and the legends award at the same time. Even so, our captain has no desire to rest on his (considerable) laurels. For all that he has achieved, he is still hungry for more, saying: ''If my legs don't betray me I would like to extend the contract for another 12 months. ... I'll sign a blank paper and president Moratti can decide the salary.''

I am all for that. After 17 years, what’s one more between friends? 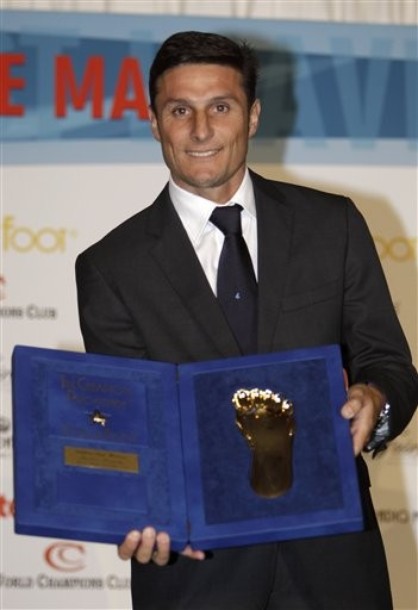 If anyone has golden tootsies, it is Pupi Zanetti.

In recognition of his achievement, a bronze cast of his foot will be placed on Champions Promenade in Monaco. I stumbled upon this by accident last spring (I had no idea there even was such a thing) and it was actually pretty cool. I know it sounds sort of tacky in a wannabe Grauman's Chinese Theatre sort of way, but it is much more tasteful. But then, almost everything in Monaco is tasteful.

Zanetti’s foot will join past Inter players, including Giacinto Facchetti and Ronaldo (the real one). Luis Figo was also awarded a career award and will add to the Nerazzurri presence on the Promenade. 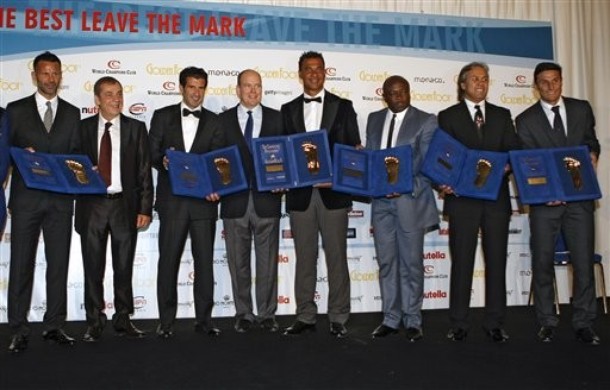 Your 2011 Golden Foot Award Winners (Zanetti is on the right)

All I can say is: Golden Foot Committee, what took you so long?

What will we ever do without him? Two more years isn't nearly enough. 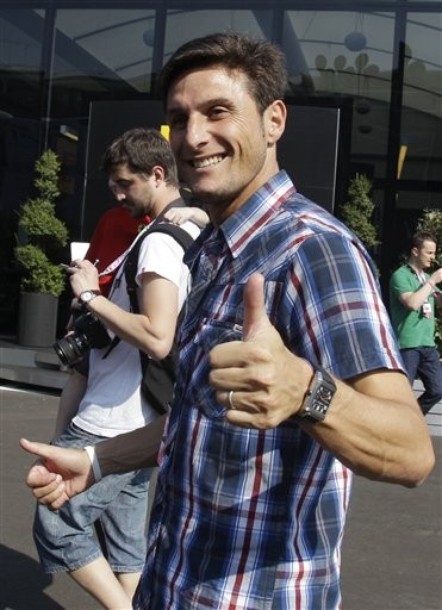