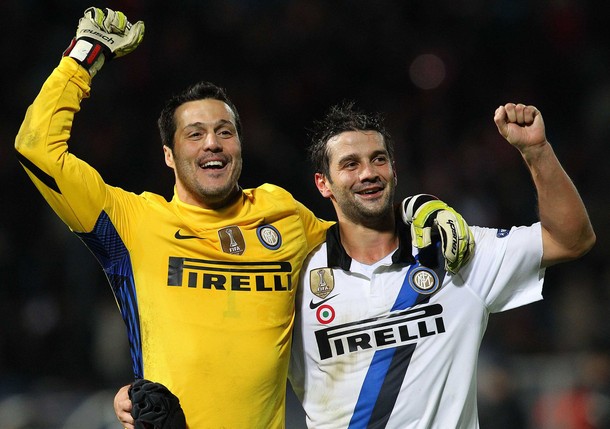 Earlier this month Daily Show host Jon Stewart described the media coverage dial of the Wall Street Occupiers/Protestors as pointing to either "Blackout" or "Circus". When I saw this I thought this as the perfect way to describe the relationship between Inter and the football media at large. Since Inter’s win last night and subsequent lurch to the top of their group stage group, I would expect a relative blackout until the weekend game. The dial won’t move back to "Circus" until there is a way to work the word "Crisis" into the headline.

However, Lille isn’t in my mind a pushover. They looked like a very decent team and obviously they did quite well in the French League recently. It could be said that they have quite a good number of prospects on their team. I don’t think it’s a stretch to say that they play faster than we do. So is Inter a Football Zombie, that is to say; is Inter back from the dead? Hard to say. The team hasn’t played well in Serie A and the refereeing hasn’t done us any favors. If this game can be used as a metaphorical confidence spring board it still remains to be seen.

Okay, so let’s take a look at what happened in this game in its various stages.

Despite the return of Wes and all the praise that he got in the newspapers/pundit shows, I didn’t think much of the attack or his contribution, really. Pazzini who was on the field for over ¾ of the game had something like 1 shot on goal. Not the kind of stat I want to see from a team who is struggling to score. I would have wanted to see more shots, actually. I did like the Zarate – Pazzini pairing and as I said during the live-blog that a player like Zarate is a much better partner to Pazzini up front than a Milito who probably draws defenders to the middle of the area where Pazzini likes to make hay.

Getting back to Wes, I thought that he looked rusty. He had a nice pass to Zarate on the goal. I think that was Wes, right? Other than that, I wasn’t impressed and that includes his free kicks. I would like to add that I thought that the team in general looked better as Wes helped move the ball forward, but I thought that he disappeared at times. Plus, not all his passes were as nice as the one that he made to Zarate.

It has been argued by me that Inter has been trying to make their midfielders younger, less tactical, more mobile and bigger contributors to the overall effort rather than primarily being stay back cover for the fullbacks as they streak forward to engage the enemy. Yesterday, Motta and Javier were mostly just cover for Naga and Maicon and going forward only rarely, mostly sticking around the midfield line in the rare instances when Inter went forward after the early goal.

I was pondering this situation and how Inter performed much better in defense after Ranieri basically brought the team back to the Mourinho and Mancini strategy of tactical, positional midfielder play rather than the Benitez and Leonardo’s dynamic midfield evolution.

Here’s my half formed conclusion: the team overall is better with the midfielders staying in and the team not taking too many changes at the expense of team shape BUT no one is happy with this state of affairs. The officers in the top levels of the organization see the future with a more dynamic midfield but that future isn’t here yet. I would love to see three box to box midfielders turning the midfield into a running hit and move battleground. But we aren’t there yet. We played a very typical Italian-esque midfield style and it really worked for us as it limited the number of times that Lille was able to counter with numbers – as this style is designed to do, frankly.

Barring a mistake or three, I thought the defense had much more discipline in general. Naga served a grandma ball pass back that was almost disastrous. Chivu put in a ridiculous challenge just outside the area that gave Lille a nice little free kick. Lucio charged forward once too often for my taste, especially since Inter was ahead. Stay back you freak! Other than that, I think it was very obvious that Inter played the line a little further back than we have lately – which one might think obvious considering the age, style and relative speed of that back line.

Cesar has been dead to me for almost all of the season but he put in an inspired performance yesterday. He was quick off his line – which he should be considering his speed and ball skill. But he was springy on his dives and he was generally secure with his hands. He punched the ball once when I thought it was ridiculous to do so, but other than that, I was very happy with his performance. Do it again 30 times now, Jules.

I would be very surprised if Ranieri didn’t use a similar type of system going until it runs it course. Motta’s presence helps more than it hinders unless Inter plays a team like Udinese who eat him alive with seasonal regularity. Getting Wes on the field and up to speed is a good thing. I think that we will see more Pazzini and Zarate/Forlan - when he’s healthy - pairings. I think - no, hope - that we have seen the end of the Milito/Pazzini days. I did like Ranieri’s substitutions in that they worked. Wes coming off was a prudent move. Likewise Zarate and Pazzini. We could have used those guys until the final whistle, but there are more games to play and we need those guys healthy. However, we also needed to finish that game, so because it worked, good moves. At the time I was worried that we might have gone too safe – which is a legit worry with Ranieri.

I really liked Maicon’s game last night because he was able to go forward and play back with quality. But I have to say that Cesar had the game of his very short season. I am wondering how he will show next. Will he decide that he is good and doesn’t have to work hard anymore or will he become addicted to not having to apologize for a horrible, horrible game. 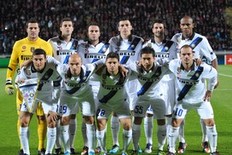