Share All sharing options for: Oh WOW! We WON! 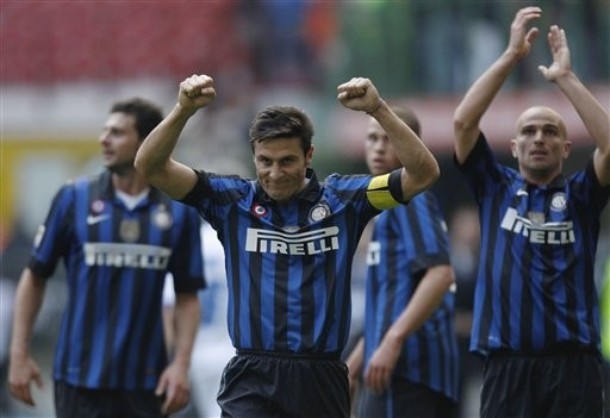 Alright, so it wasn't the resounding win I was hoping (yearning?) for, but it is a win and that's all that matters!

For those of you who dont like to get up early on a Sunday (which is definitely me), Inter finally won a League game. Nothing fancy, just a simple 1-0, but given our recent defensive issues, I see this clean sheet as a glorious wondrous thing to behold and I will treasure it for the small spark of hope it brings.

Also, for those of you who dont like to get up early, Fox Soccer Channel is reshowing this game after the Lazio Bologna game (2pm pacific, 5pm eastern).

First of all, a big thanks to Sneijder and Thiago Motta for finally getting fit enough to play and make a positive impact on our season! A healthy Thiago Motta is a rare thing. Bask in its glory while you may. 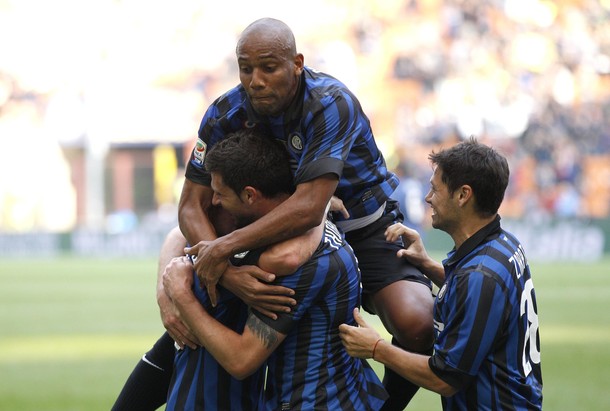 As an added bonus, we got a little glimps of Yuto sans maglia: 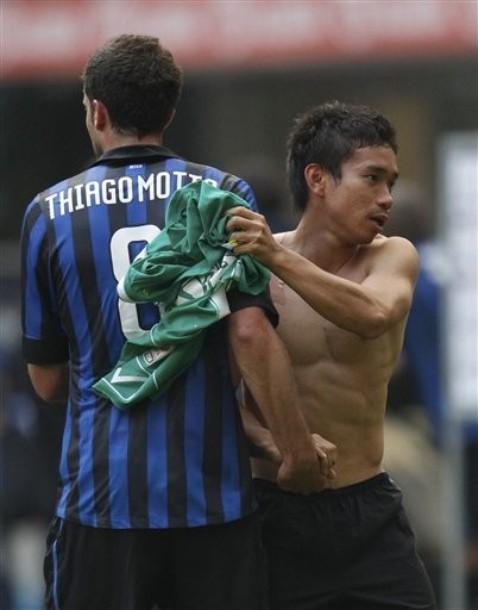 Parenthetical: I just got a chance to watch the Lille game yesterday. For some reason, both announcers for the whole game called Nagatomo by the wrong name: Nagamoto. It drove me bonkers nuts. Come on guys, read your squad sheet why dontcha ya!

I know I said in my last blog that I was trying not to let the weekend's sports results affect my moods, but I cant help but feel that things are starting to turn right in the world of Johonna. I mean, it isn't raining (hooray), my Sounders won (good), my poor struggling Inter won (wonderful), and my puppy is freaking adorable right now. What could be better?

Oh, and a moment of silence for Italian MotoGP rider Marco Simoncelli who died in a horrific crash at the Malaysian Grand Prix in Sepang on Sunday: "A new star..58...Goodbye Sic" 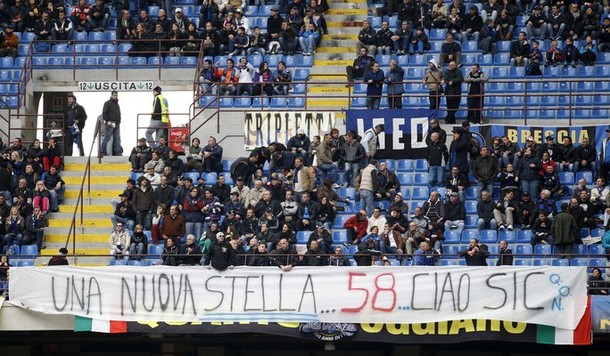