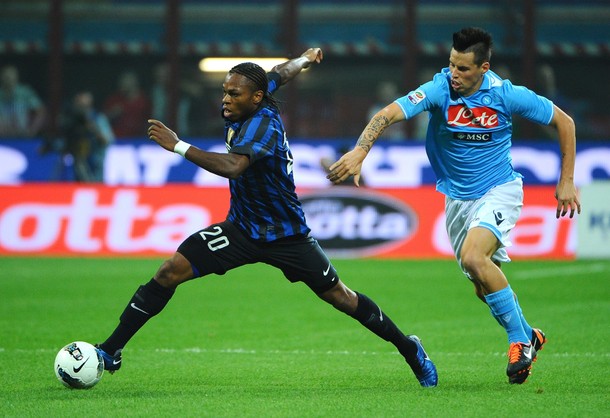 Will Joel Obi become the next Javier Zanetti and spend the next 20 years as a versatile midfielder with Inter or will his career in Blue and Black last just as long as the next coaching hire?

I don’t know, but if there is anything for Inter supporters to get excited about this season it’s the fact that we have a young prospect that is showing that he can hold his own early in the season. Despite his young age and relative inexperience, Joel’s performances this season have been consistently decent to good.

I know, you are saying that it’s no big deal that we have a decent player in the midfield and that we should be aiming higher.

But I would disagree, for the moment anyway. Joel is barely 20, and if thing continue the way they are then this will be his first season with significant playing time with the senior squad. For a team and a league that values veteran players, sometimes to its own detriment, Joel is a breath of fresh air and a sign of tempered, reasonable hope for the future.

No one is expecting Joel to be the savior of the team – that’s not his game at all and the boy is only 20, a very young man in life and in the game. But he’s another sign after Mario, Davide and the growing list of present day/former Inter trainees on the U20s that the Primavera is producing something approaching the quality that we would need on this team to survive at a high competitive level in trying economic times for Italian football.

Back to Joel; the real hope in all this is that Joel is the modern jack of all trades midfielder that this team desperately needs. We have a lot of specialists on this team - the role of the specialist like the DM or the AM wouldn’t have developed if there were a real need for them – but this is a game in which running, tackling and technical skill done at speed is becoming more and more important. If Joel can be this player at a high enough level than his presence on this team becomes more and more important. 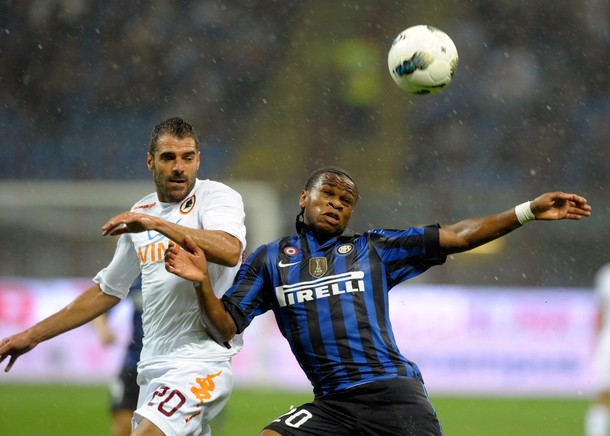 Doing those jobs of the midfielder is what Obi does best. We have seen his speed on the field as he has been deployed on the wing as well as the left side of a central midfield triplet or duet. The play on which he was erroneously given his first caution in the last game Inter played showed that he can be an elegant tackler as well as a ferocious one. His stamina on the field appears to be fine as far as I can tell. He’s been subbed according to situational not necessarily for a fitness issue. He’s far to young for us to get a bead on his ability to stay on the field, but he doesn’t at first blush look injury prone… but I could be wrong about this.

Joel’s skill set isn’t all sugar and spice. He’s not a tremendous passer of the ball and as far as I can tell he’s a terrible shot. His great speed gets him to the byline if he so chooses but his crosses are hit or miss – not that crossing the ball is any great accurate way to deliver the bal into the area to begin with – but if you can worry your opponent to the end-line AND learn to possess the speed and dribble to cut inside to the area it will make options for Obi and the rest of the attack. Obi isn’t there yet but the potential is there. He’s got the outside move and if he can learn to make that cut move inside he’d be devastating moving forward. Not as a goal scorer, mapping his shot history looks like the holes in a wall a 2 year old makes playing darts. And I don’t think he’ll ever get better – even if he practices for 3 years straight.

Not last and certainly not least, he’s a little short. Obi clocks in at 176 cm or about 5’9” but this isn’t really the issue. He’s not Emmitt Smith short, where Emmitt was 5’9” and 211 pounds mostly situated in his upper body and thighs. Obi has a very slight frame and one wonders just how much more muscle he can put on without it becoming a detriment to his health, speed and stamina. Obi plays for Nigeria’s National team already – 7 caps – and Nigeria play a high paced, rough and ready style - if not terribly technical - and he fits in great, in my opinion.

Going forward I think that Obi can be a useful player for this team at the very least. We want to keep him even if we discover another great midfielder because we know that Obi can run for more than one guy at great speed. His combination on the left with Nagatomo will be an interesting one to watch. Either they are too similar and they will get in each other’s way or they will destroy other teams down the left with speed and toughness. It’ll be interesting to see how that works out.

One more thing to think about; I think that Chivu has played much better with Obi in front of him than when Eto’o or Motta played in front of him because Obi has the athleticism and the defensive ability to come back and help out. Consider that we might very well be looking straight down the era of an Obi, Cambiasso and Poli 3 man midfield one day…

Inter had a friendly with newly minted Swiss second division Lugano and lost 2-0. Losing is never a happy event but Ranieri is going to be smiling tonight regarding this game. Reports are from very Inter – centric sources: Coutinho supposedly looked very good even though he supposedly missed a penalty, Jonathan put more work in with the first team and was denied by a post, Poli looked very healthy and played for 60, Maicon played 45, Milito and Walter Samuel both played for 45 and Cordoba played for 90. Both goals were deep in the second half after many players were subbed for the Primavera including the goal keeper.

This means that all the players on the slab got a chance to get some real-ish work in except Motta who is still out and Pazzini who says he won’t miss Catania and Sneijder. Lucio apparently got a knock but it isn't considered serious. 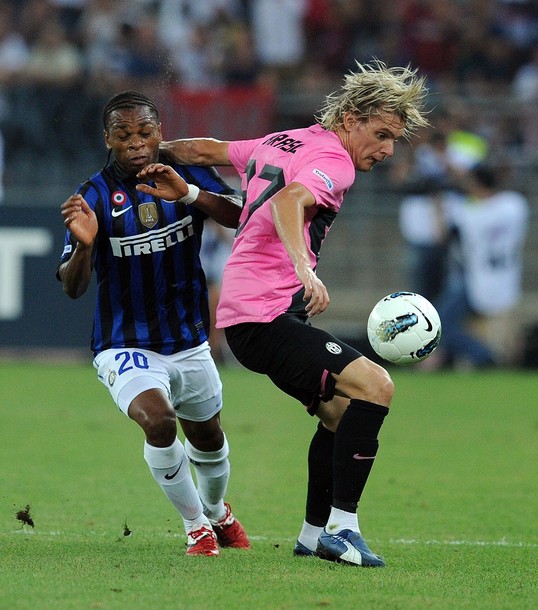