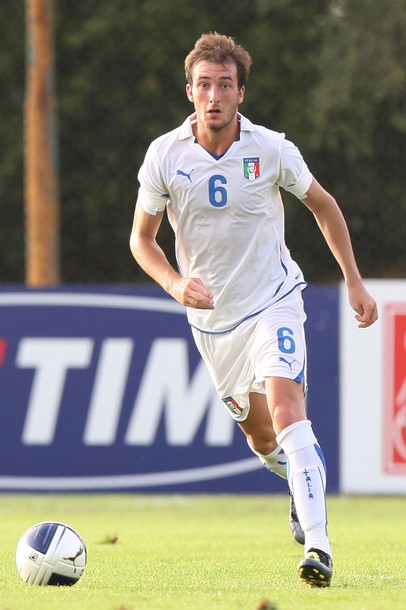 I wish that there was more to talk about during this International Break but without Inter playing on Sunday, there isn’t a whole lot about the team directly to talk about.

Okay that mush out of the way, let’s get caught up with all the news and rumors so that we can get them out of the way and we can focus on the games starting this Saturday.

My first reaction to hearing the verdicts coming down from Naples was a sarcastic, “And in related, breaking news, water is wet.”

But I was happy that at least the veneer of justice has been served so I broke open a bottle of wine – however I must not have been that ecstatic… it was only a shiraz.

Look we all know that Moggi and Friends won’t spend a second in actual jail. Plus I believe that there is yet another trial that he’s involved in that will need to be resolved one way or another. But I am okay with all that. It will just mean several more years of appeal and several more millions from his war chest eaten up by the defense of his misdeeds. I would imagine that the time lost is more valuable to him. At his age, I doubt that he’s been buying green bananas.

But the resolution of the trial does represent something else to those of us who care about Inter. Yes, it was a veritably clean sweep of court decisions that went in our favor since the summer – UEFA didn’t kick us out of Europe on Juve’s say so, the court in Naples decreed that the people responsible for sporting fraud were the one’s we thought were responsible and the FIGC didn’t jump when Juve said Frog. Also, it has been suggested by those in the know that this ruling affects Agnelli’s latest attempt to strip Inter of the 2006 title like a blow to the head and a standing 8 count.

Despite all these good things that happened to Inter, the trial ruling – the whole scandal, really – tells me that there has to be a new way of doing things in this league. If we are lucky, the league in the years since 2006 has been able to make the transition to a modern, money-making European league that English, German and French leagues already seem to be. Financially and organizationally speaking, Italian teams and Serie A remain almost medieval. Calciopoli, for all its negatives, provides an excellent example of how a league cannot be run. It must have transparency. It must have a means of punishing those teams that break rules – no matter the size or clout of the team in question.

And yes, that includes Inter, too. The fact that the “shocking” Moggi reveals of his trail in Napoli were largely just duds makes me feel just that much better about my team. I have said before over and over that I am not happy that conversations with the referee designators happened – that it was unethical and improper no matter what was said - but I am pleased that they were so much more innocent and limited in scope than what others did.

These long breaks always make me go back to the future with this team. Given time to breathe and reflect I always seem to come back to these topics.

The Next Gen Series continues apiece but without Inter. Basel and PSV played against each other since my last recap of this on Oct 30. The new standings are thus:

So Basel and PSV played and the absolute best scenario played out for the Inter Babies – Basel and PSV have split their tie. Inter play 2 games in 8 days starting on November 30 and ending on December 8. Their 3rd game is on December 20 against the aforementioned PSV, who I am sure will be just so caring about the result of that game.

Basel needs to win out to have a chance to advance, but The I-Babies control their own fate. Two wins out of three games would be enough to qualify for the next round.

In related news, influential – in a game sense - members of the U21 continue to be from the Inter School of Driving. Destro by all accounts – I didn’t catch the game – had a sublime game. Caldirola, Donati and Bardi were, reported by Inter centric news accumulators, extremely good – especially Bardi.

In this game, there always seems to be an overreaction to the last game played by anyone. Play it well and you are a legend. Play it poorly and you are a Ricardo Quaresma. However, having said that there is a danger of overreaction, there are certain indicators that tell us what the team thinks. Bardi is currently in Serie B playing for Livorno despite being 19 and eligible for another season in the Primavera. There is a sense that the team would like to see him progress as fast as possible.

Joining Bardi in Livorno with at least another year of eligibility in the Inter Primaverai is Simone Dell’Agnello. I think that Dell’Agnello has had more playing time than Bardi, actually. But the point is that they are both on a professional team getting real, professional, stressful competition experience at the age of 19 instead of playing on the junior squad. To me, it’s a sign that the team is looking for progression of ability and mentality.

How the team considers Caldirola is an enigma. Caldirola has already played top flight football in Holland for one season. He’s on the team as the seventh choice defender right now but I don’t see how he doesn’t move swiftly up the chart in a very short time. Chivu is certain to be gone by June. I can’t see Cordoba being around any longer than that either. Inter seems keen on picking up at least one defender, believed to be a young Brazilian, although rumors persist regarding Vertonghen. Lucio and Samuel are on what are rumored to be reduced, easy to get out of contracts that expire in 2014.

So, next season we have Ranocchia who is slated to be a starter, Lucio/Samuel I would guess share time, whomever Branca picks up in January and Caldirola in the wings. At some point you have to see what you have in the kid. Ranieri would be well advised to get the kid some time in the Coppa Italia if not sooner. We just need to see what’s there.

This brings me to Andrea Poli. The kid has been injured since before Inter acquired him from Sampdoria. He recovered from that injury and then got injured again. The dream is that Ranieri will put him with Cambiasso and Obi in the midfield and see what kind of trouble we can get into. See, we need to have an idea of what we have in Poli as well. We know the little bastard plays well against us, now we have to see if we can get him to use his powers for good.

Inter are most definitely going to be looking for some reinforcements this winter, considering the hole we dug ourselves in the table. Speculation has run rampant and the sheer number of names brought up has been ridiculous.

Most likely Inter will be in the market for at least one defender. Juan Guilherme Nunez Jesus of Internacional is the name most often bandied about. Indeed, a quick peek at his Wiki page shows that he’s already listed as a player for Internazionale. Juan has 2 things that Moratti and Branca drool over in a player. 1.) He’s very young, only 21 years old 2.) he has a lot of international experience already including the Copa Libertadores, the South American Youth Championship and the FIFA U21 Championship which he won with Brazil this year. Juan isn’t as tall as the defenders that Inter usually go for, but he’s above 6 foot tall, so he’s no slouch in the size department. Rumor says that he’ll come to Inter for around €6-8 million.

There is talk of Inter also being in the market for Brazil’s Lucas Rodrigues Moura da Silva who is currently playing for Sao Paolo. Lucas is a shortish attacking midfielder in the Sneijder mold. He’s also very young, 19, he’s already a member of the Brazilian National Team and he has a ton of club experience considering his age. According to others, he’s highly technical, imaginative and inventive. His flaw is that he seems to disappear from games in stretches.

Tevez rumors persist although there are just as many rumors that say he’s not coming. Everyone has an opinion on Tevez, but for me it’s as simple as 2 questions: if we have him, are we a better team? can we afford not to have him? Because, we need someone else up top. Pazzini isn’t going to do it on his own and Castaignos, who I like a lot, is too young to be effective yet. Forget about Milito.

Kucka is also rumored to come here, but I don’t recall seeing him play more than once. If someone else has any ideas about him, feel free to comment about him. My impression is that he’s a bit slow and runs forever; a younger Deki, really, which doesn’t thrill me. That’s just my impression. 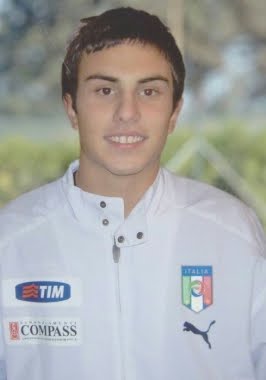