Share All sharing options for: Our Story So Far; 2011 Edition 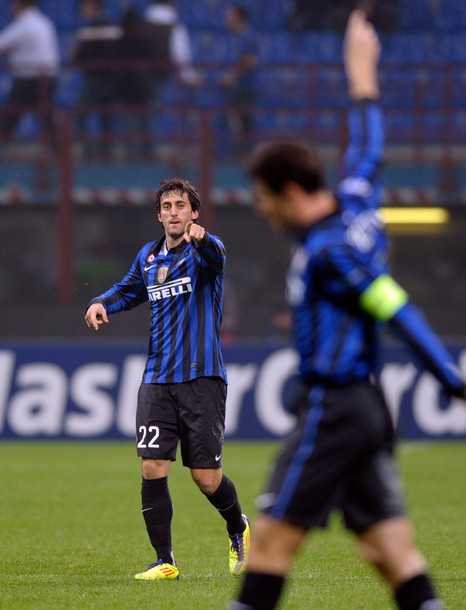 It’s almost like a brand new season starting, only this time we have what we expect to be our coach for the rest of the games.

This time we have the majority of the team in country to participate in actual team oriented activities. The reason that we have the majority of the team in house is because we have been bit by injuries, but I am not going to quibble. Besides, we seem to have recouped several players off the table like Cesar, Ranocchia, Coutinho and Poli. Yuto and Maicon are close to a return and when Lucio gets over a little knock he’s picked up we will be close to fighting shape.

Where We Are In Case You Forgot

Here’s a quick summation of where we stand before we start Season 11/12 Part 2: The Revenge - we pissed away the entire 2 months of preseason and first month of the season with the low point getting clobbered by teeny Novara. At the same time we incurred some injuries and general, localized chaos as we tried to change the basic strategy of the team midstream. The high point of the first 2.5 months is that we are at the top of our Champions League table and the uncovering of the very nearly steady reliability of young Obi, who has really made a case for a serious future with the team.

And just in time, too. With the game against Genoa postponed for the middle of December we are going to need all the healthy bodies that we can muster. In the next 33 days of this writing, Inter will play 9 games: 7 in the League - including the Genoa makeup - and 2 Champions League games.

However all is not doom and gloom. At 11 points we are in 17th place this is true. But, we have a game in hand and 6th place is only 6 points away and 5th place is only 8. That’s not exactly out of reach this month since we have 21 points to play for until the winter break. Considering the way we started the season, I would take 6th place right about now. Plus, we have been steadily improving under Ranieri. This weekend will be quite a test to see if we accumulated any rust or if the extra practice time has really helped to ingrain Ranieri’s system. I bet that we look a little sketchy against Cagliari due to the the down time and reincorporation of players off the trainer’s table, but I am hoping that in the semi-long run we can get the team work flowing so that we can get a strong push and some momentum into the winter break.

Stepping away from the League, the Champions League picture looks brighter. In shades of Milan 2006 - 2007 season, the domestic outlook is Kaka but the European outlook is hopeful. We are on top of the group. We have only to draw one of the remaining 2 CL games to guarantee advancing to the next stage and one win in the next 2 CL games will guarantee top of the table. Inter’s European campaign has been very good under Ranieri and I am pleasantly surprised. I think that we all remember that game against Bayern that kicked him out the CL two years ago and last years fun against I don’t remember who.. was it Schalke or Shakhtar? I guess it couldn’t get any worse than Benitez “preparing” Inter against Werder right before his ass was booted out into the street.

There will definitely be some new bodies wearing the Black and Blue that we all love so much. The question is who will be wearing it and which position will Management be focused on this winter. My absolutely blind guess? I am willing to bet that Inter gets help in the back 4 - as in 2 central defenders - and the midfield - as in 2 midfielders. If Inter pick up a big name forward - as in Tevez - I will be much surprised, although the Lucas rumor persists. It’s hard to say who will be leaving to make room for these new people. It may be that Inter will just take the salary hit until June comes around. The immediate need is too big, really, to stick to the “Sell First Plan”. Thankfully this summer will see the end to many of the outrageous salaries on the company’s books to balance this spending.

Anyhow, assuming Inter an get some momentum into January, I would be willing to bet that the scheduled second half of the season, or Part 3 as I will call it, will look quite a bit different. It’s a little far to speculate on, considering the present reality but I am completely hopeful. Long term that is.

I have been going back and forth in my head about this, but I think that I am of the opinion that Ceasar should sit for a while. The Lizard King has been more than adequate lately and I think that he’s a much more solid option right now. I honestly don’t know where Ceasar’s head is at lately. When he’s on his game, he’s the most athletic goalkeeper I have ever seen with incredible reflexes, range and actual ball skill. When he’s ff his game he’s absolutely terrifying how bad he is. He’s been top 1-3 in the world at one time but since the car accident, I don’t know anymore. Castellazzi has been a very good backup but considering the youth movement the team is going through, I wouldn’t count on him lasting too much longer. Than again, goalkeeper might be the one area the team is willing to stay older. 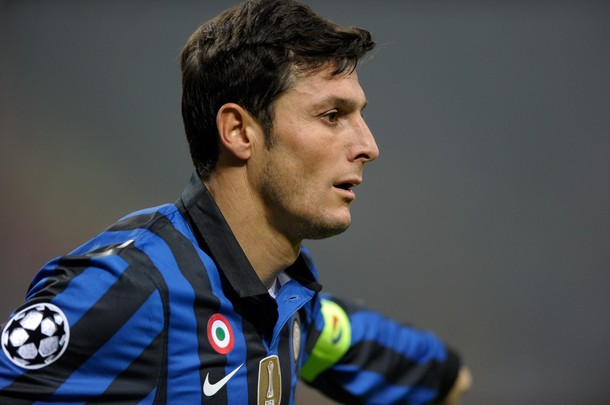