Share All sharing options for: Inter v Cagliari: Yipee! Football is Back 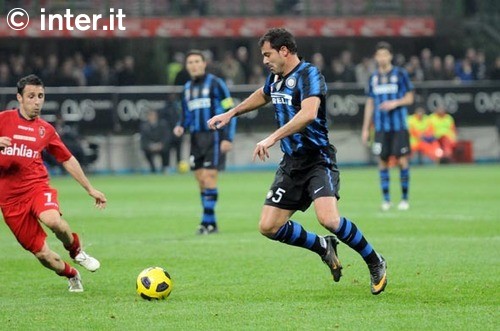 Oh my god. It has been soooo long. We skipped our last league game due to the horrible flooding in Genoa. Then there was that international break to deal with. All told, we fans have been without real football since that win against Lille in the Champions League way back on the second. I know. Forever, right? Anyway, we break our fast at home against Cagliari and I can hardly wait.

What: A chance to finally earn some points and avoid relegation
Where: Home sweet home.
When: Saturday, 6pm local time (9am pacific, noon eastern)
How to Watch: ESPN3, Fox Soccer Plus, or one of these channels. If this doesn't work, find a stream (Rojadirecta, Ustream, and ATDHE.net).
Liveblog: You know it. Fifteen minutes before kickoff.

Historically, this is a game Inter usually wins. Out of 32 meetings, Inter has won 20 and drawn an additional 7. In addition, we outscore them almost three to one. Too bad history doesn't seem to count for much this season. Last season, this game was decided by a single goal from either Kharja or Ranocchia - depending on how you look at it.

Like all but three teams, Cagliari sits above us in the table, but it isn't all bad news: we can see right up their noses from down here and boy is it funny. They have a better offensive and defensive record and bla bla bla. Until we start winning some games (notice how I said until there), this section is pretty much just going to be a broken record. Let's just skip it for now.

Cagliari really know how to spread the goal scoring around. Their golden boot right now is Daniele Conti with two goals, but they have six other people who have their name on the score sheet. So goals can come from any number of places. Great. 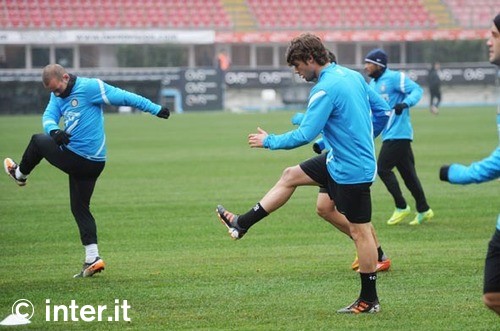 Shhhh. Don't spook it. It is the rare and elusive Andrea Poli. I though they were mythical but no! They are real!

Our little mini break has allowed some payers to heal up a bit. Accordingly, Ranocchia, Julio Cesar, Coutinho and Poli (it lives!) are on the call up list. But, as the Calcio Gods give, they also taketh away. Muntari pulled up injured on international duty while Lucio picked up a knock in training. Maicon, Nagatomo and Forlan are still battling longer term issues. Chivu is suspended (of course he is) and Crisetig is going off to play with the primavera. So, that leaves us with something that may go like this:

With maybe Coutinho, Obi, and Alvarez on the bench. Oooo, and Poli... or Faraoni. Get the kids at least near the pitch once and while (I always say). 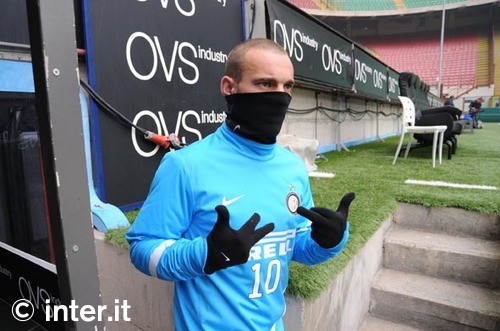 The motto for this season is shaping up to be Non Mollare Mai. If Inter wants to pull themselves out of this diamond mine we have fallen into, we just have to start winning (duh). Well, either that or we can roll over, phone it in, and hope to finish mid-table somewhere. But what would be the fun in that? Look, I am not a pie-in-the-sky Pollyanna, I dont think we have a shot at this season's title (go Napoli!), but third is not impossible. Failing that, I am all for winning the Europa League next season. To do any of that, though, those points have to start racking up. Like tomorrow.

Really, it is grey and dark and cold and icky. I really need a win to bolster my flagging mood. Plus, we need to have a boost ahead of the Turks midweek. Let's go out there and get some freaking points already!

Let's all bask in the heart-melting boyish good looks and charm of our own Lorenzo Crisetig. The dimples... (Homer Simpsonesque drooly noise) He is just so damn dreamy!