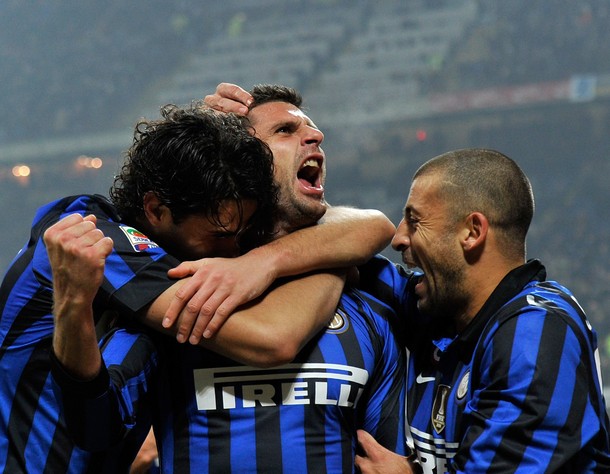 Ranieri used 8 players 27 years or under on Saturday in what I interpret as a bold statement that declares his future plans. Two of them were heavily involved in the 2 goals that we were fortunate enough to score and two others were involved in the two goals that we were unfortunate in not scoring as they both clanged off the crossbar. The young players need to play and Saturday was as good a day as any to get that movement started.

I remarked on Friday that this team is likely to be a little rusty considering how long it’s been since they played together. I also said that it’s like a new season starting – just one in which we start out in 17th place. There were a ton of injuries going into Genoa and it seems like there are slightly less than a ton now, but what we have gained in quantity we lack in quality now with Maicon and Sneijder both out for a little while.

I will say this – those Trabsonzpor guys certainly have picked the best moments to play us, eh?

Cesar was able to kick up his heels in the first half as there was a tight tactical battle going on mostly in the Cagliari side of the field. In the second half, after Motta scored the first goal of the game, it necessarily opened up as Cagliari now began to chase the game. Cesar made a couple of routine saves but the goal came on a deflection/redirection that he really didn’t have any blame on. The result is an average day for Cesar.

Generally, almost all the threats to the goal were handled pretty well and expediently. There was one moment when it looked bad, but the player was correctly called offside. In the first half, the shape of the defense was very rigid and it was possible many times to see the line of defenders moving up and down the field in concert… you know, like they are kinda supposed to be doing all the time. But I give Ranieri quite a bit of credit for that, this team needed a good refresher course in the basics and I think these two weeks were able to go a long way to reinforce those basics.

I thought that Zanetti, nearly 40 year old Zanetti, was the class of the defense as he reprised his role as fullback for the day. He was able to tackle, dribble and cross as one of his ability would be expected if not one of his age – certainly not that his age stopped him from doing those things well. We saw several patented surges up the field in the manner that we have become accustomed.

Ranocchia and Jonathan were about even to me on the performance list. Both played very cool and collected. Ranocchia in particular has benefitted from Ranieri making the defense more compact and not asking the center backs to cover sideline to sideline like Gasperini did.

There were times when Jonathan attacked the space between the Cagliari fullback and the centerback that I could have sworn there was a mini- Maicon on the field. I can only hope that we get that kind of performance again because I thought he played his best game for Inter so far.

Samuel looked a lot like a guy who was making his way into the lineup after a prolonged injury. I thought he looked a step slow, but who knows. Word on the interwebs is that he’s ready to sign a 1 year extension for a reduced salary which is usually the first step to phasing a player out.

The Position Score for this group has a couple of caveats. The first is that most of that score happens after Ranieri switches the formation to a 4231/4321 mix. The second is that without Deki in the midfield this score might have been quite a bit higher.

The combo of Alvarez and Coutinho slashing in from wide positions into more central positions created havoc in the Cagliari “defense” (read as “whole team”) that had been very happy in the first half to barely venture over the half line and to pack the area with bodies when times looked dangerous. Ranieri took quite a risk in taking Zarate off in favor of Ricky, since Zarate was having a very decent showing, but it seems that the logic was solid. Ranieri explained after the game that he felt that the team needed to be wider to stretch and thin the Cagliari defense out.

Cambiasso was very decent terrier-ing in the middle-ish of the park and Coutinho struggled in the middle with little room as a playmaker, but when he was moved outside and given a chance to work with more space, he was a joy to watch at times. And of course his goal, while gratifying to all involved including me who really likes his talent and attitude, seems like it was a long time coming even though the kid is so young and he’s only been with the team for 1 full season.

Deki was abysmal and he single handedly seemed to just hand the ball over to Cagliari in just about every way imaginable – bad passes, nonsense fouling, shot attempts from a mile away off target that get blocked anyway, missing headers, poor receiving, etc. At times he just hauled off and launched the ball out of bounds for absolutely no reason whatsoever. I get that he’s a heavy presence in the locker room and that needs to be respected to a point, but the only positive thing Benitez ever did in Milan was to only put Deki in when there was no way around it and use Mariga more instead.

You see how upset he makes me? He drives me to say something nice about Benitez…

Motta did his job as possession retention and distribution. His technical ability is always a nice addition but increasingly it seems as though we need to have a runner with him to take up his slack a little since his laundry list of injuries have taken any speed he might have had. He did score his goal from offside and as much as I don’t like that sort of mistake in any form, if I can paraphrase myself from the liveblog, there are scales that need balancing this season and I am not going to be too sad to see them get closer to equality.

This leaves us Alvarez. What a change this kid has had in 3 months. The knock on him was that he gets nervous during game time but he’s been training like a champ. I think it’s safe to say that in the last 2 games he’s made appearances that he might be over his shyness, but time will tell. His passing has been very good and his dribbling and keeping possession has been excellent. He’s not the best defensive player and he’s definitely not fast – as we all know. But what might be deceiving is that he’s actually quite quick, especially with the ball at his feet. By the way, he was heavily involved in both goals. Another very good sign. 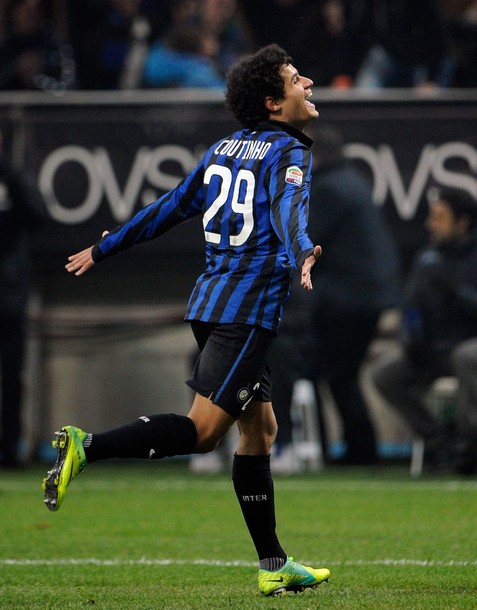 It can be argued that in another universe both forwards who started this game did their duty in the first half and the game was much easier on everyone’s nerves. Unfortunately, both forwards were able to break down Cagliari’s defense and… clanged their shots off the crossbar after finger tip brushes from Agazzi who had a hell of a game getting to both shots, the bastard.

When Zarate went off at halftime there was a lot of swearing going on during the liveblog, but as it turned out it was the move that unlocked the game… which, you know, should have been unlocked twice in the first half. It’s really frustrating sitting in our position on the table and watching that game where the ball hits 2 crossbars. In the pit of your stomach you just hope that you won’t have to pay for those missed opportunities mostly because the team really needs that win. Luckily we didn’t.

It’s got to be Alvarez. The kid came on at half and was a real difference maker. I hope that Ranieri takes it easy with him and maybe holds him as a halftime sub on Tuesday as well. He doesn’t need to be thrown to the lions – it’s my opinion that he needs to gain some more confidence and protected against a let down – but fate may have another card to play. Wes is going to miss Tuesday and I would imagine that the team wants to wrap up first place as soon as possible. I can see a future where Ricky gets the call. 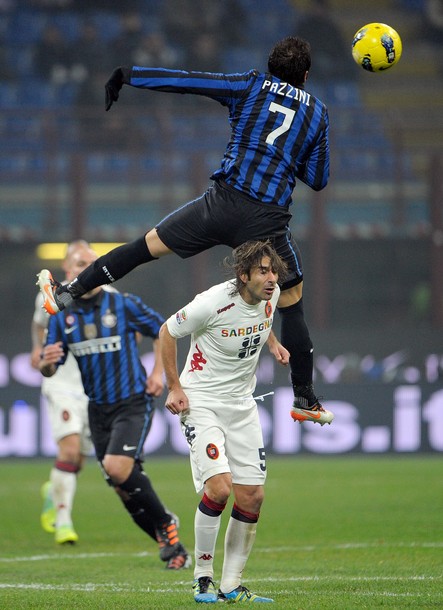