Share All sharing options for: Inter 2 – Chievo 0; Fullbacks are Important 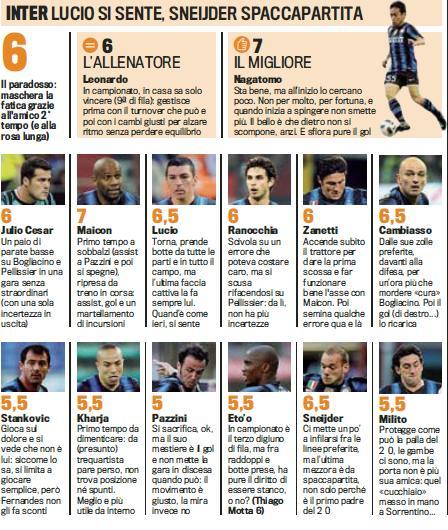 So the ship is turned back to its original course, right? Milan and Schalke are just distant figments looking farther then they actually are in the rear view mirror of our speeding, runaway season, right?

Look, I think that we all know that winning against Chievo is better than losing to them – right, Rafa? – but that we still have a lot of work to do if we are going to bring this season to an agreeable ending. At least I hope we all know this. Still, it was a nice bounce back win and improvement is always a good thing to see. Leo showed me a lot on Saturday, the biggest is that he’s willing to be flexible, something that Benitez refused to be. The smallest thing that Leo showed me is that he still cares about winning.

I don’t take desire and motivation lightly. Mario Balotelli is probably the most talented player of his generation and maybe the generation after his to come around these parts and I am ecstatic with his going if he can’t motivate himself to keep it together for the team and the supporters while playing Barca in the Champions League last season – I think you all know the incident I mean.

We supporters ask for a lot of our players, but showing that they care about the game and the team as much as we do goes a long way to smoothing over the rough patches. We have definitely had some rough patches and on Saturday the players showed they care with improvement in every area.

We have a bigger test on Wednesday.

Look, it could be worse, Lech Poznan anyone?

Le Pagelle takes a break this game. Most players were decent. Pazzini was disappointing, but not cripplingly so. Cesar did well not to muff easy crosses ala Bayern. La Gazzetta thought Maicon was better than I did, I thought Maicon was rather poor for the first half. Nagatomo was amazing all game. Kharja was decent at both positions he played.

Stankovic started the match, thankfully good sense prevailed and he was subbed at the stroke of halftime. The Lucio and Ranocchia teamup was so much better than the Chivu/Cordoba – Ranocchia teamups we have been seeing lately, maybe it was because Lucio was able to finish the game on the field. No one got thrown out - Chivumuntari made no appearance. Chievo's best chance came while Lucio was on the sideline getting treatment... something to think about the next time we go a man down... 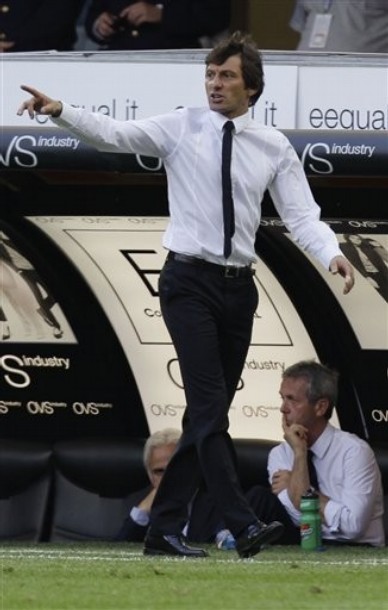 There were a lot of changes that Leo made for the game on Saturday. Lucio made his return. Nagatomo took his turn on the left fullback. Kharja was very average all 90 at two different positions. Pazzini put in a shift after not playing during midweek.

Inter started slow… but not suicidally slow as against Milan. And Inter picked up speed in the second half… not lose steam as against Schalke. Leo brought on those guys that he really wanted to use to stem the losing streak we are in later in the second half giving them a chance to rest.

It was an elegant solution to our problem and it worked out well for us. But the level of exhaustion in our team isn’t really the problem that we are facing right now; it’s merely the side effect. The real problem is Leo’s naïveté. When Leo came in he took over a team that needed a leader and someone that could inspire the team. Leo did an excellent job inspiring and his leadership skills are evident every time some one scores and run to give him a feel good hug. The team is obviously playing for him.

But to turn things around, he ran his best horses a bit too long. Add to that schedule meaningless – to me, anyway - international friendlies and in some cases transatlantic flight with the accompanying lag to 2 games in 6 days. You got yourself some mental, physical and spiritual exhaustion.

Remember that as of right now, Leaguewise, Leo has 1 draw and 3 losses as the only negative entries to half a season + four games of play. As I said in the game preview, Leo could be worse. There was no guarantee that Leo would have been any better than Benitez. I don’t know what’s going to happen at the end of this season. I don’t know if the team is lining up another guy to take over. I don’t even know if this return game against Schalke has any meaning to his job security at all, although past experience is telling me that there had better be some improvement as Papa Bear Moratti takes this tournament very seriously – see also: Mancini, Roberto and Benitez, Rafa.

So, Leo’s willingness to be flexible personnel-wise is a good sign that he is as smart as advertised. Also, he went back to the 4312 formation that Mourinho favored for League play – another smart choice since it was the formation he used most often and got the best results in the months leading up to Milan. He moved Cambiasso back to the midfield boss and defensive screen. This and the fate of Nagatomo in the starting lineup will probably be the biggest changes he made on the night. Motta is a very good technical player but he has… let’s call them athletic rather than physical… deficiencies. He can pass and he has incredible vision, but he’s slow in speed and reflex (as in he won’t win a foot race and his reaction time is limited).

Cambiasso, whose performance needed the boost of the goal to make me think that he was not in another corpselike performance, picked up his game in the second half and looked like he was getting back the groove of Cuchu.

Moving on to Nagatomo… what a performance. The workrate, the speed, the tenacity… it was all a pleasant surprise considering Chivu hasn’t been a scintillating (note to the sarcasm impaired, this is sarcasm) fullback, Zanetti might be looking his age as a wide defender and Maicon is having the worst season I have ever seen him have. Folks, after all these years, we might finally have found a left fullback. He might not be perfect… but he ain’t half bad neither. Granted he did all this against Chievo, no disrespect intended. I would like to see if he can repeat this outing – keeping in mind that I would have liked to see him have more action since February. If he could finally break into the heavy contributor category where we might see him every other game or so, I would be pleased. 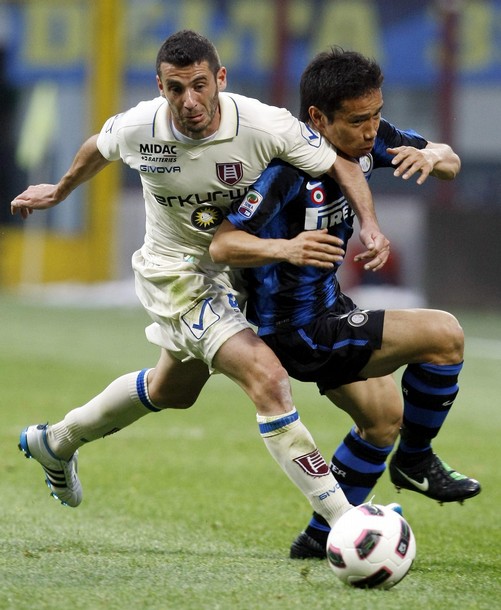 Staying on the contributions of that most diminutive Inter player for another second I think it’s worth pointing out to the folks who didn’t see the game that the commentator, I learned it was the “famous” singer/sports play by play man Max Patrick after some “heavy” research done by InterKabir I think, was actually cheering for Nagatomo to score. I swear I about fell out of my seat when I heard it, as apparently did others if you were to go back into the transcript and look towards the end of the match, it was already 2-0. I have never in my life heard a sports announcer pulling for a player to score for fear of breaking the sacred aloof neutral demeanor. But when I heard, “Go on Nagatomo! Go!” it about made me laugh to tears. I swear, only this team, eh? 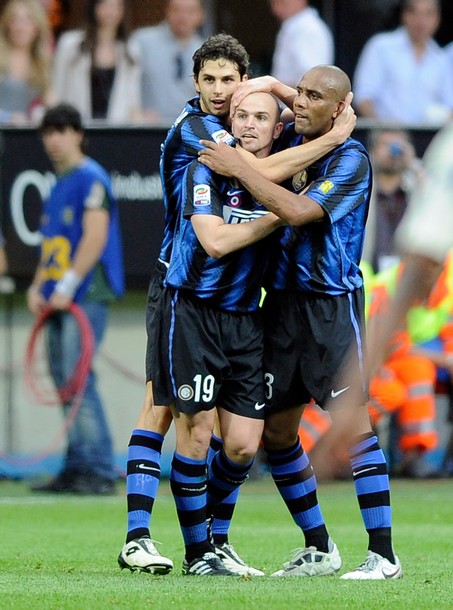