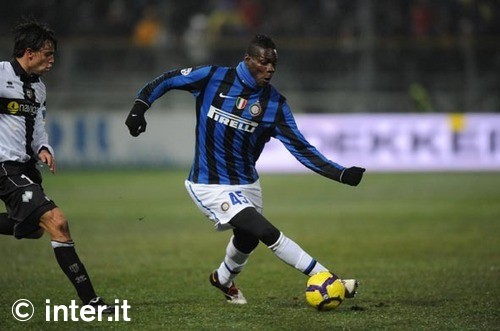 Alright. So I have been a bit preoccupied. Once again, I (stupidly) thought I had an extra day to write this preview but then BAM! Turns out the game is on Saturday (which is really strange because Milan is also playing Saturday night). So this may not be quite up to snuff. Bear with me - it has been a hectic couple of weeks.

What: Parma v Inter
Where: Stadio Ennio Tardini, Parma
When: Saturday, 8:45pm local time (11:45am pacific, 2:45pm eastern)
How To Watch: Live on ESPN3.com & FoxSoccer.tv (Fox Soccer Channel is showing it delayed at 3pm pacific, 5pm eastern); or find a stream (MyP2P, Rojadirecta, Ustream, and ATDHE.me
Liveblog: Kirby is on break... I have no earthly clue.

Ok, before we get to the history section, just remember that in the mid to late 90s and early 2000s, Parma was a good team. They had all that Parmalat money, a young Crespo, and an up an coming keeper named Buffon. At the same time, Inter was going through a bit of a low time in our collective biorhythms. As such, out of the 19 times Inter has gone to the Tardini for a league match, they have only won 3 times (ouch). More recently, there have been a few more draws (6), but overwhelmingly, Parma wins (10 times). Or at least, they used to. Parma 2010/11 is not quite the same as Parma 1995/6. Last time Inter went to Parma (Feb 10, 2010), it ended in one of those draws (1-all), thanks to second half goals from Bojinov and Balotelli.

Parma are not doing so well this season. They have only managed 32 points this season which leaves them only a single point above the relegation zone. Yikes. They have only scored 26 goals and have only won 1 game in their last 10 (against Sampdoria). Not that they cant do some damage: they beat Juve 1-4 and even Udinese (2-1). Most recently, they lost 2-0 against Lazio and 1-2 at home against poor Bari. They are the walking wounded and will be looking to lash out and take someone down with them. What do you bet that Inter will do very nicely?

They picked up some talent recently (not that it is helping), and Crespo (9), Giovinco (5), and Amauri (4) are their top scorers. Other notables on Columba's call up list include Bojinov, Candreva, Dzemaili, Galloppa (be still MAD's heart), and Nwankwo. So it looks like they have some talent, they just dont seem to be able to get it together on the field. I feel sort of bad writing this, but I hope they dont get their act together quite yet - we really need a win. 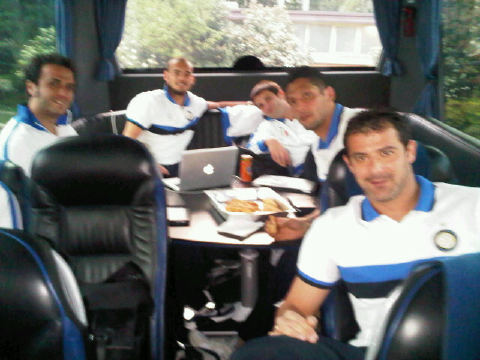 I love Twitter! Here is a twitpic from Sneijder showing the team on the bus to Parma.

Leonardo has calleup up 21 players:

No Maicon, no Motta, Cordoba is out for the rest of the season, and Samuel still has a few days before he will be ready to play (if at all). Both Motta and Maicon were left home for "technical" reasons... perhaps code for they technically stunk up Germany? Hmmm. Cordoba had to have a bit of surgery on his knee. He is looking closer and closer to hanging up those boots for good. 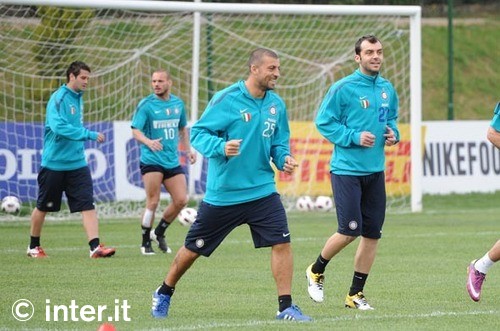 Oh how I have missed you. Please be ready soon.

So where does that leave us? Calling up youth players like Faraoni, that's where. That, and our goal-scoring machine seems to be in need of recalibration. Eto'o hasn't gotten a goal in a long time. Like not in five games. Which is almost forever in football terms (or so the media would have us believe). Plus, he has looked downright spacey recently. Given our defensive issues, if we dont bang them in then we simply dont win so we really need him to come back from wherever his head has been and get back into the game. Luckily there have been some other players to help pick up the slack, but they are no substitute to a fully functioning Samu Eto'o. We just have these last few matches and a couple Coppa Italias to get through. Focus.

And I have no idea what Leo will do with those 21 players. I hoped and prayed that he would start Cambiasso mid week but did he? Nope (and look what happened). This time I hope he has learned something and we will see Cuchu back where he belongs: right in the center of midfield, just in front of defense. It works - dont mess with something that works. Please. 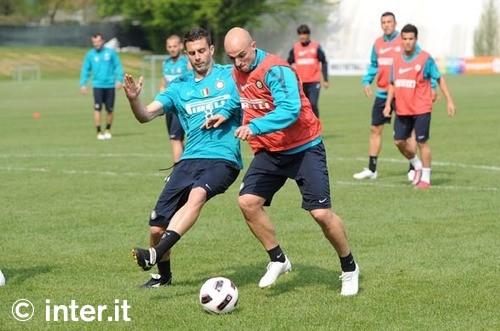 Even given Eto'o's dry spell, I cant see Leo leaving him on the bench. Other shoe-ins would be Lucio, Julio Cesar, and Zanetti. As for the rest, really, I just can't say. Will he start Naga on the left or will Chivu be back somewhere in the mix? La Gazzetta cant even figure it out. They have one line-up on their web page, another in the paper. And they are the experts. If they cant pin Leo down, what hope do I have?

Ok. So I get it: everyone is disappointed by the CL results. Even so, the team has to pick itself up and get on with the business of finishing the season. We have six league games, two Coppa Italia semi-finals (and hopefully a final) to try and get something out of this season. I am not greedy - I dont need to win everything all the time (like we have been for years and years), but I would like to end the season positively. That is, with at least one piece of silverware and a clear path to the Champions League next season (none of those August games against obscure Eastern European teams!). In order to do that, we need to make these last few games count. The easiest way to do that is to win.

I recently found myself on in Monte Carlo, specifically on the Champions Promenade. I took a few pictures and I thought this one would help inspire us to greatness: 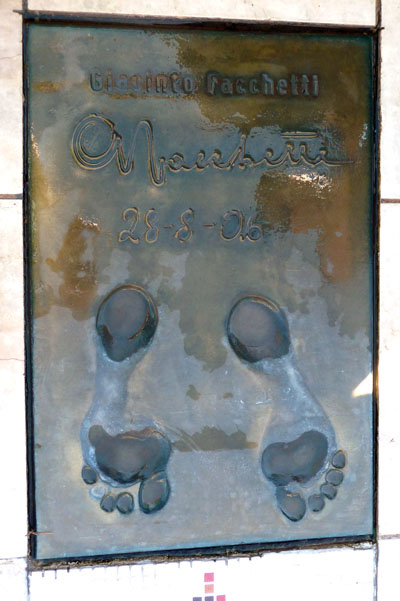