Roma v Inter: Why is it always Roma and Inter When it Comes to the Coppa?

Share All sharing options for: Roma v Inter: Why is it always Roma and Inter When it Comes to the Coppa? 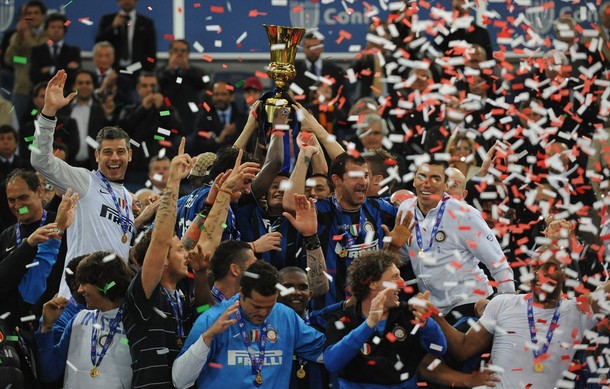 I know, I know, this is only a semi final while Inter mostly seem to play Roma in the final, still, it still seems like Inter are forever playing Roma when it comes to the Coppa Italia. In the past 6 seasons of this competition, the final has come down to Inter and Roma 5 times. I guess officials were getting bored with the match-up because in the 2008/9 series Roma and Inter were drawn into the same bracket. Much like this season, the two teams still had to play each other, but this time the final was sure to be different (Inter knocked Roma out but were then sent packing by Sampdoria). I guess what I am trying to say is that by now, it seems almost traditional that Inter should have to get through Roma if they want a taste of that sweet sweet Coppa Italia glory.

Our path to Coppa Glory

Over the years, Inter and Roma have met each other 17 times in the Coppa Italia, with Inter winning most of the games (10). Recently, Inter and Roma have been trading wins: we won last two times (1-0 and 2-1), they won three years ago (2-1), we won the year before that (2-1), etc. Basically, even though Roma have only won 5 of these games, in the past few years, the teams have been pretty evenly matched.

I think we all remember what went down the last time we met Roma in a Coppa Italia Final. It was a tense game in a heated atmosphere - technically it was supposed to be an Inter home game played in the "neutral venue" of the state stadium (the Olimpico in Rome). In reality, it was a Roma home game. Francesco Totti lost his cool a bit and was handed a four-match ban (for those of you counting, that means the entire Roma campaign). In the end, Inter took the day, and the trophy - the first in their historic triple:

(Wow, where the heck did that team go?)

Not much to do here. If you are interested in this match from a more lupus point a view, go check out Chris's Roma blog. I am sure he will have something pithy and informative up. Both of us have come from weekend league games we really thought we aught to have won (us maybe more than them), and both are dealing with the inevitable fatigue that comes at the end of the season. I would note that Inter has already beaten Roma twice this season, but both those times were at the San Siro. Our game at the Olimpico was a bit of a disaster.

Leo rustled up the usual suspects to take to Rome

We will note that Maicon and Thiago Motta are back on the squad. I guess nothing makes you rethink your "technical choices" like getting pounded by a relegation zone team. Eto'o, though, has been left home - this time for a slight ankle injury (it's nothing serious, dont worry). Cordoba is out for the rest of the season. Besides that, everyone else is pretty much as expected.

I have no idea what Leo will do with this bunch. There are rumors of locker room arguments (there always are when you lose 4 out of your last 5 games) and whispers that Leo is on the way out. Whatever. Look, I just dont think it is too much to ask for these adult, professional athletes to pull their shit together and finish the freaking season. These last few (highly unsuccessful) games have shown a disinterested, disorganized side who already seem to be thinking about their vacation. Well, to be fair, it isn't everybody - just a few key players who are integral to a working squad. Of course, Leo doesn't help matters with his constant line-up changes. I dont know what he is up to and sometimes I wonder if he really has a plan or what. 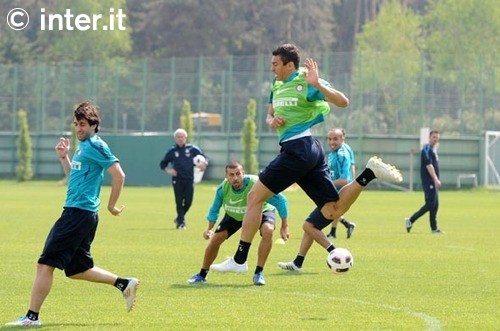 As Leo is such an enigma, I think it is time to bring back the coveted GIPATI. That's right, now is your chance to pit your wits against Leonardo: if you can correctly predict the starting lineup for tomorrow's game, you will be declared the "Grand Imperial Poobah of All Things Inter." It is a prestigious title and it comes with a personalized certificate suitable for framing.

I think the realistic fan here has to see that the Coppa is Inter's last chance at any silverware this season. If we throw this away (like the Champions League) we will have both feet firmly in the "Zeru Titoli" zone. Not a pretty place to be. I know it is a stupid tournament with no real history or presige, but beggars cant be choosers. Besides, as holders of title, I think we should try to keep a hold of it (and deny Roma that silver star). Inter either steps up, digs deep, and actually plays this game, or we will have to face the prospect of our first trophy-less season since the 2003/4 season. I dont mean to be a downer, but facts are facts. 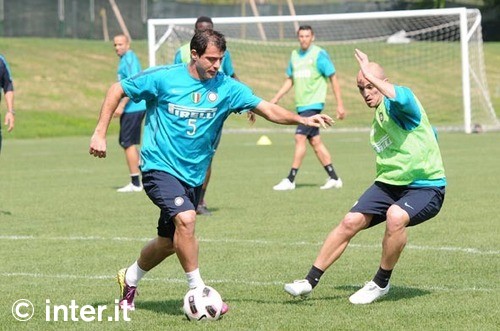 Cambiasso wants a Coppa as well.

I feel a bit like a Inter is a thoroughbred horse in the home stretch of an important race: we were coming up from behind to challenge the favorite in what would have been a story-book ending of triumph through perseverance and winning against the odds, but then we threw a shoe. Or stumbled. And now the story has turned from the story book win to the one where you battle back from some sort of horror to at least finish the race with your head held high (I can hear the swelling strings already).

Come on. We all know we can beat Roma. We know it. Question is, will the squad know it. Or, will Leo be able to drag them up to their potential even through the disaffection and the fatigue. Boy, do I hope so.