Inter 2 – Schalke 5; No Squad Rotation = Same Performance as the Derby

Share All sharing options for: Inter 2 – Schalke 5; No Squad Rotation = Same Performance as the Derby 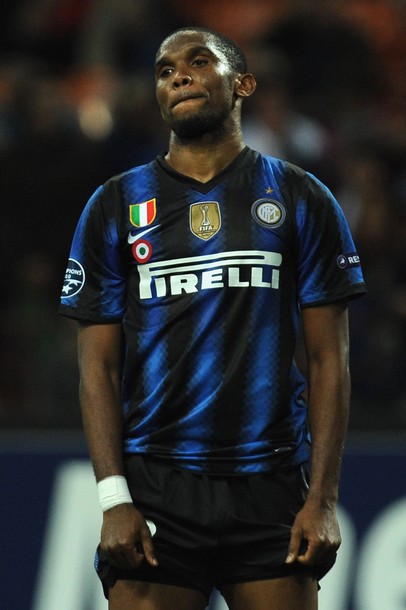 Someone just isn’t getting it. You can change the formation and the configuration of the players, but if you are using the same tired, spent players with no reserve and no legs, then you are going to get the same result as 3 days ago – flat, can’t play a full 90 and mentally dull. It’s a simple equation.

Cesar: Saved the initial shot in 2 of the first three and as in Milan, his defense didn’t follow through. The last 3 shots that went in his defense abandoned him and he stopped trying on the 4th. 6.5
Zanetti: Looked tired, mentally drained and slow. But the effort was there as he tried to gallop forward. 5.5
FrogBoy: Can’t blame him for the own goal and he showed a lot of heart getting back. When the match was still in doubt and we had 11 players I thought he showed a lot of skill and a cool head. Then he got overrun. At the point he could have taken out a gun and used it to shoot Edu and it wouldn’t have mattered. 7.0
Chivu: Can’t play on the left. Can’t play in the middle. In my world this means that he can’t play. 2.0
Maicon: A better showing than against Milan, but it almost had to be. It looks like he’s drifting into the middle constantly. Does he not know where he plays anymore? 4.0
Stankovic: I missed the first goal, so I don’t have any warm fuzzies for Deki today. He was given the ball ona silver platter in prime real estate and he ate it. Badly. Really badly. 3.0
Cambiasso: Looked better than the corpse he was last Saturday, in the first half. In the second half the corpse returned. 4.5
Motta: About what I expected from Motta. Motta as defensive screen doesn’t work. Motta as the first pass out of the defensive third to get the team moving forward works. Motta having to move laterally or run back and cover doesn’t work. If only we could team him with 2 midfield engines with range and defensive ability… where could we find such players? 5.0
Sneijder: I thought Wes played well for the first half but was meh for the second. He made himself available for passing deep which I also appreciate. And let’s face it, he did more of his job than a lot of people did. 5.5
Milito: I thought that Milito had an excellent first game back. If there was one person who looked rested and eager to play it was him. 6.5
Eto’o: See also, Zanetti. 5.5

Highlights of Champions League games are hard to get in a format I can embed in. When I can get them, I will put them up – but I can’t imagine why anyone would want to watch them. 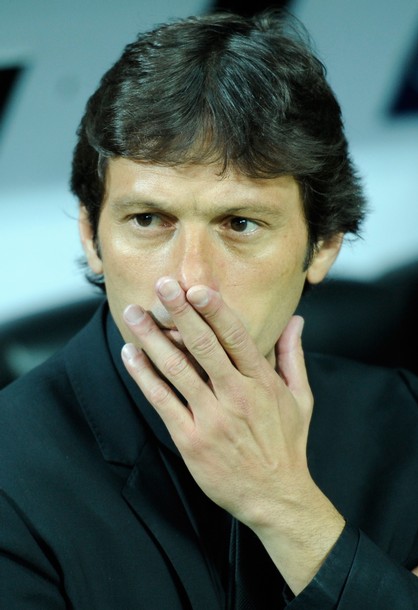 I could copy and paste the stuff from the Milan game right here. Once again we can’t stop the ball in the midfield. Once again

I am sure that there will be those who will bemoan Leo’s 4-2-4 formation as the reason we lost. I haven’t seen the transcripts from the LiveBlog, but I bet I’ll see something that will put the blame squarely on the 4-2-4 and Leo’s “unbalancing” act. Leo is probably guilty of a lot today and his learning curve is causing us grief but it’s not his so called stubborn adherence to the 424.

I say this, mainly, because Leo used a completely different formation than the much maligned 424, but he played 9 of the same players. If I were a rational person looking at this game and the Milan game I would immediately have 2 observations:

1. The formation was different and more defensive, but we got essentially the same performance as well as the same end result or lack thereof.

2. 10 players had significant time in both games. Here they are: Cesar, Maicon, Chivu (by default), Ranocchia, Zanetti, Cambiasso, Motta, Stankovic, Sneijder, Eto’o. Now, let’s go back and check out those players that I said were 30+ and stupidly wore themselves out playing in international friendlies last week. Over half is the answer. The problem isn’t the friendlies, this to the commentor in the last thread who doesn’t get it – it’s that these players should have retired themselves from international play after the World Cup. They can’t handle the schedule anymore.

If we are going to bemoan something productive, I would like to bemoan Leo’s dependence on the Vets. He’s picking the same players up and down the line. It’s killing us that have to watch corpses shambling around the field unable to kick it into a higher gear, because the juice to power that gear is gone, man, gone.

This is what I mean when I say that the squad is thin. We aren’t using the bench and the only players fit enough to play are the same 10+. We needed to rotate the squad 3 days ago. We need some fresh legs and some fresh enthusiasm.

We also need some discipline and shaking the squad up is a sure fire way to get someone’s attention. What message did Leo send to Chivu who got thrown out of the game on Saturday? Answer: It’s okay. Here’s your start for the Champions League. Will Chivu start when next available? If Leo’s going to have some control over this stuff and hald players accountable than Chivu will sit with a nice view from the stands.

Do I think that any of the young guys would have won the game for us today? No, I do not. Do I think that if we had sprinkled some of them in here and there since February Inter might have put in a better showing? Yep. I would always like to have Inter win every game that they play. But the reality of life is that they won’t. If I think the team is tired, or depressed physically, mentally or spiritually I might shake things up with some changes to the same old line up. We still might lose that next game, but I have made the team a better organism for the next 4 or 5, you see?

Which is why it’s such a shame that I read that Mariga is on the transfer wire. Mariga is probably in a better place than Deki is right now – certainly better defensively that’s for sure. Deki has contributed almost nothing this season. He’s been injured for a third. He’s been out of form for a half. He’s been useful for whatever’s left. Leo has been putting Deki as a holding midfielder – which isn’t exactly his natural nor his best position. Deki doesn’t have the legs for his natural position anymore. Mariga would be such a better option. At least put the player out there and see what we got. Do we really even know if he can play?

And I don’t want to see Chivu on this team next season.

Next up, Chievo. Yippie. 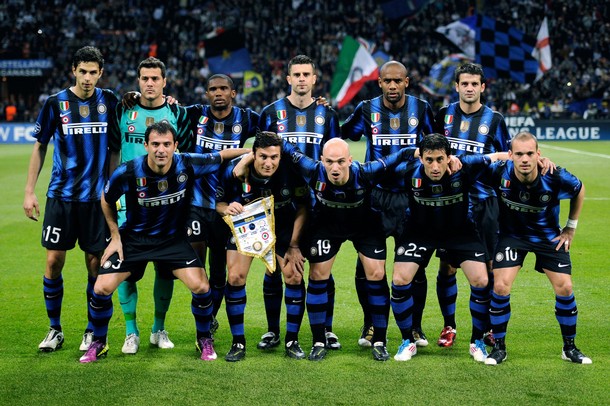