Inter 3 – Palermo 1; Lately It Occurs To Me What Long Strange Trip It’s Been

Share All sharing options for: Inter 3 – Palermo 1; Lately It Occurs To Me What Long Strange Trip It’s Been 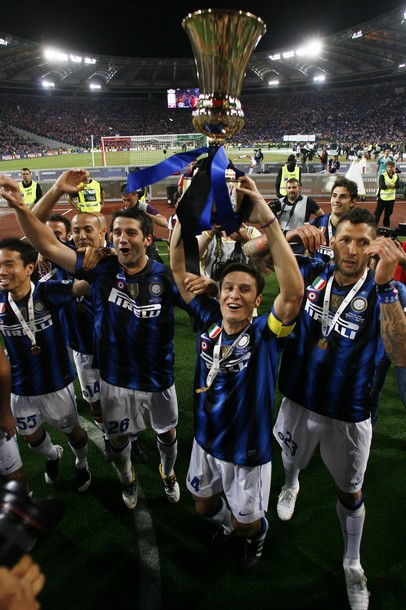 Last season, if all we won was the Coppa Italia we would have been disappointed. This season, I for one, am very happy with this cup. Considering the fact that we could have been sitting at seventh place outside of European competition and embarrassed, winning the Coppa Italia is a step up from where we were in December.

In fact considering my feelings and reviewing thoughts that I wrote down in December this end of the season isn’t looking too bad.

Cesar: If the defense was scrambling this game as Palermo upped the pressure, it was Cesar that kept the score down. 8.0

Nagatomo: Very credible job at right back. He saved our asses several times and was able to maintain discipline by staying back when asked to. 7.0

Lucio: The best defender we had on the night. Lucio showed that he really wanted it and it was obvious to everyone. 8.0

Ranocchia: I am willing to give the kid a pass on this one. In predicting the lineup I thought that Samuel was going to play because the kid was sick and/or injured. He went out there and played with pain. 6.5

Chivu: Cris had a hell of a night and I hope he saved his job with this club with it. 7.5

Zanetti: Towards the end while Palermo were taking pot shots at us, Javier made them crap their pants as he pushed forward deep into the Pinkies territory. It was an obvious indicator of all the work he did all night and all season. 7.5

Motta: I thought Motta had a good game and the player that assassinated him after he got the ball to Wes so that he could in turn unleash Eto’o deserved a red for the dangerous play. Motta, like a good soldier, stayed in there and took the hit. 6.5

Deki: I remember one nice pass that Deki made all night to Pazzini – after that I don’t remember noticing him at all. 5.5

Sneijder: Despite getting his ass kicked all night from Palermo midfield hitmen Wes sent Eto’o clear twice and made himself available to move the ball up the field to the forwards. In other words, he did his thing. 7.5

Pazzini: He didn’t score and we all saw that he wanted too. He got one good ball sent his way from Deki. He really tried to bring it under control and he almost did. What impresses me about him is that he tries hard all game long like Milito does. He could do a lot worse than be like Milito. 6.5

There were quite a few talking points on this game and I would like to hit them all.

1. How freaking incredible was that second goal. Not only was it coolly taken, but that shot was precision. It was put in the only place that Sirigu didn’t have covered. Notice how it just snuck into that post into the side netting. It was a beauty.

2. Zamparini called Inter the “Beagle Boys” after the game and then apologized for it instead blaming the referee for the terrible calls. Zamps should be thanking the referee and get himself something more adult to read other than Uncle Scrooge Adventures. If it wasn’t for the terrible ref Palermo wouldn’t have scored and would have had a player sent off much earlier.

Zamps is upset he didn’t get a penalty that replay shows that he shouldn’t have had. Inter’s defense was pretty terrible last night – the loss of Cambiasso not screening the defense was felt keenly – but that doesn’t excuse the fact that the ball went out of bounds, and should have been a goal kick, a mile before Ranocchia headed the ball out of bounds. And that’s it. Full stop.

Should Munoz been sent off? I don’t know. I have seen the replay several times and I can’t tell. He didn’t himself any favors considering the angle he tackled from.

3. We come back, in this game, to the whole “Inter didn’t play well and were lucky to win” cheese. I keep coming back to, “We have a great team and we don’t have to play well every time to win – that’s how you know we have a great team. They don’t score style points in this game – if that’s what you want, watch figure skating. ”

4. We need midfielders and we need them badly. We need someone available to play infront of the defenders if Cambiasso isn’t there. If they have technical skills like him that’s great. We need more box to box midfielders. Deki is a specialist playing out of position. Motta is a prototype CM, not a DM. Zanetti isn’t a real midfielder at all, he’s in every sense a pure football player. Mariga isn’t what Branca or Leonardo want. Wes is a specialist midfielder/attacker. The rest…

5. I am starting to get a little sick of the whole Leonardo isn’t a tactical coach/he isn’t good enough. I don’t really care for any of that. Although tactics include formation and personnel, it also means how the coach deals with the players and how they train and much, much more. Life isn’t Football Manager. There is no secret formula to winning and players need to relate/respect the coach.

Does this mean I like Leo? I gave Benitez a summer and half a season to win me over and it didn’t happen. Leo will get the same time. If the players play for him, if he can incorporate young players and if he can fight for trophies it will go a long way to winning everyone over.

*Deepest condolences to Javier Zanetti on the loss of his mother. 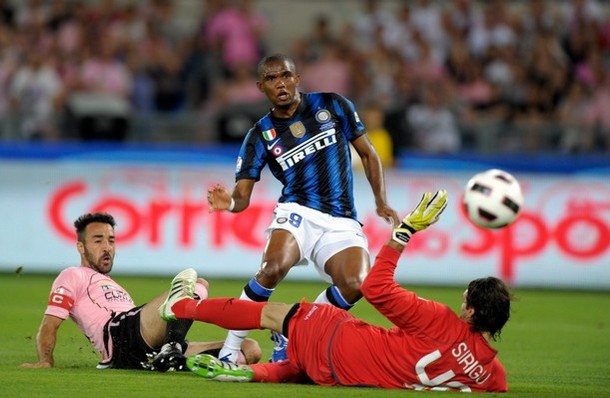 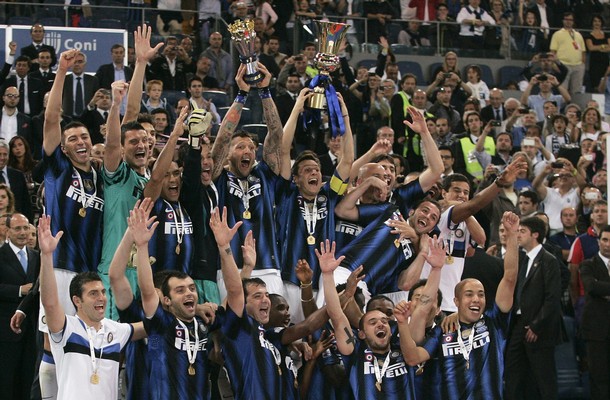