As We Hang In Coachless Limbo...

Share All sharing options for: As We Hang In Coachless Limbo... 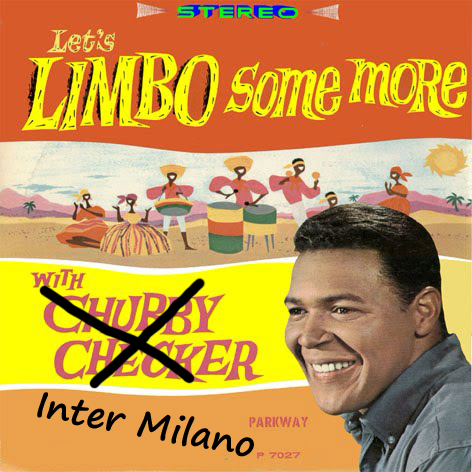 Ok, so I went for the fun kind of limbo instead of the sad, hopeless one. At least this way setting the bar lower is a good thing.

There really isn't any point putting this off any longer. Once again, Inter is grappling with the horrors of trying to find a competent coach. We thought we might of had a passable one, but he quit for a giant sack of money, a more powerful job, and a ticket to Paris. There are a number of names being bandied about although, strangely, none of them seem to be available and/or have never been contacted by the club so who knows what is really going on. All we can do is roll along with the rumor mill and try to enjoy the ride. To that end (the enjoying part), I have decided to hold another Great Big Fabulous Contest With Prizes. Hooray! 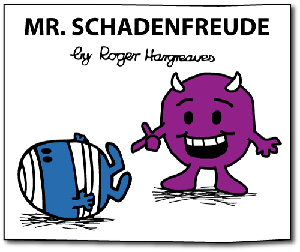 In a bit of what comes around goes around, though, Leonardo was fined about 400 euro and had his drivers license suspended for five days. He was pulled over by the cops in the outskirts of Rio (where he is on vacation) near dawn and he refused to take a sobriety test (all this according to Globo). I guess that in the end it was no big deal - he will get his license back and the fine is chump change for him (he now is rumored to make 5 million a year) but I am sure it wasn't pleasant for him. So take that, Abandoner! I suppose that since he is in Brazil there is always the chance that he will be kidnapped or attacked by monkeys.
.
.
.
.

In other leaving news Marco Materazzi and Inter have officially parted ways. His contract was set to expire next year but he decided to try for a year playing abroad before hanging up his boots and taking a job with the Inter front office. I know many of you are glad to see him go. I, on the other hand, will miss him terribly. My only consolation is that he may get a spot on an MLS team which would eventually bring him to Seattle where I could camp outside his hotel and make him sign my copy of his biography (not that I have a plan or anything). And he will be coming back to Inter. Everyone seems quite clear on that.

And lest we forget, Matrix is an accomplished dude.

And was named Serie A Defender of the year in 2007. I think he still holds the Serie A record for goals scored by a defender in a single season.

So, Marco, go and have your adventure then come back to us at Inter. Thank you for the 10 years you have already given us and thanks for the many years to come.

I sure will miss you, though.

Ok, but enough about what was, lets get into what will be.

The short answer he is: Who the hell knows.

Certainly the pundits dont. According to them, two days ago Villa Boas was absolutely coming to Inter. Now he is surely on his way to Chelsea.

Yesterday Mihajlovic was absolutely coming to Inter and now he is absolutely staying at Florence. No matter what Delio Rossi says to the contrary, pundits still tip him for the job, as well as a whole host of other contenders (although the Spalletti thing seems to have gone away). I tell you , it is enough to make a girl dizzy.

Now the frenzy has turned to Hiddink, Gasperini, and the few who still wont give up on Mihja. There are even still those who hang on to Capello (although I think that one is finally falling by the wayside).

Yesterday Hiddink seemed a long shot -- everyone thought that he was a shoe-in for Chelsea -- but now that it seems Villa Boas is headed for London, Hiddink is free to come to Inter. Well, free in the sense that his buy out is only 6 million euro. Or so the story goes. The flames were fanned a bit today as Guus said that he wants to go back to coaching a club (he wants the daily adrenaline again) and that the Turkish federation would understand. In other words: hey you coachless clubs, come and get me. So Guus is not off the table quite yet.

As for Gasperini, there are rumors of a meeting with Branca, but neither Inter nor Gasp are spilling the beans. If true, this one is being played quite close to the chest.

And if that wasn't enough, two new names have entered the fray today: Quique Sanchez Flores (Villareal) and Rudi Garcia (Lille). Now I just feel like Sky and La Gazzetta dello Sport is pulling names out of a hat (or some other dark orifice). Moratti has said that they aren't looking at any coaches who already have a job but everyone just seems to be ignoring that. Of course, he also said not to ask him but to ask Branca instead so maybe Massimo doesn't really know.

All this makes me think that it is time for another...

To enter, all you have to do is email me at InterOffside@gmail.com with your insightful prediction. When the new coach is chosen, whoever was right will win. If more than one person correctly guessed, then whoever emailed me first will win (based on email timestamps).

Small print: you must be willing to give me your mailing address so I can get the thing to you.

I mean, we might as well have a little fun with this, right?

Oh, and how about our squee for the day: Julio Cesar and his son Cauet. Someone doesn't want Daddy to go to Argentina. 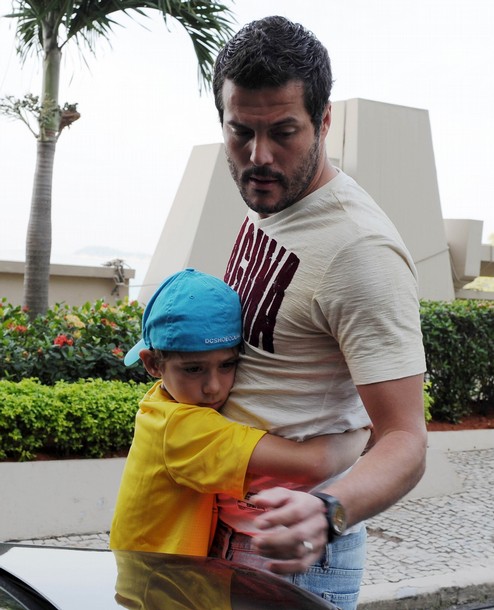