The Needle and The Madman

Share All sharing options for: The Needle and The Madman 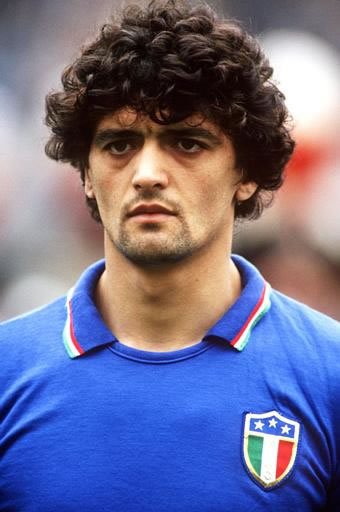 The funny thing about this article is that I have had it in my mind for a while now to do a thing on Altobelli since I started here. He’s one of my heroes from way back and I saw him first play as a twenty-something sub in the 1982 World Cup, I never forgot it. Later, I was able to see him very rarely on TV watching league games. Anyway, it’s been in the back of my mind to write about him.

Since I have been relying on the Internet to watch the vast majority of Inter’s games, I have actually seen him on TV as an analyst on Al Jazeera channels usually facing off against/commenting on games with Cesare Maldini – Paolo Maldini’s father and hopeless Italy National Team coach.

His name doesn’t really come up too often since he works outside Italy and people are notoriously forgetful of others they don’t see all the time. I say this because oddly his name came up recently in another Offside blog that caught my attention and also in Calcio Italia magazine twice in about 4 months or so.

Anyway, despite his incredible goal scoring record and long history with Inter, you rarely see him mentioned in the pantheon of great players, mostly due to his timing. He was just coming up when the 1982 group where hitting their peak and when he was at his peak there was a definite lull in the overall talent wave in Italy as the results of all WCs and all Euros between 1984 and 1988 can attest. In fact, the Italian National Team wouldn’t be great again after 1982 until yet another Inter player is available to score in an International final… that’s three WC finals, three Inter players scoring…

Inter has a long and very impressive history of very good forwards.

While Eto’o is the reigning king of that position, we can go back almost year to year from Milito, Ibrahimavic, Adriano, Crespo, Vieri, Ronaldo (The Best One), Cruz, Baggio, Recoba, Zamorano, Bergkamp, Sosa, Klinsmann, Serena, Rumminigge and finally, one of our main topics of discussion today… Alessandro Altobelli. 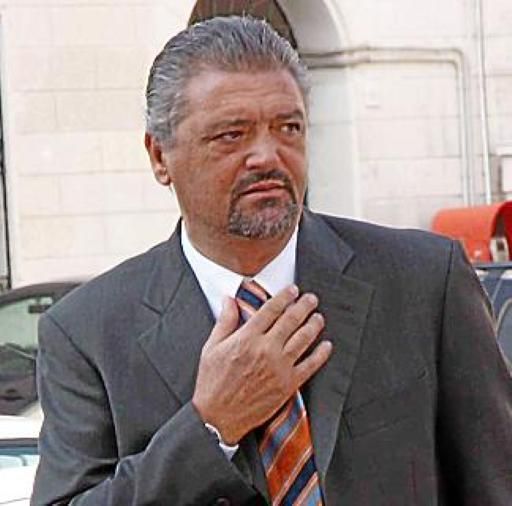 Inter had transferred 33 year old Roberto Boninsegna to JuBentus in the summer of 1976 where he would begin the slow downward slide into retirement (in his last 4 years in football Roberto would score 25ish goals in 75ish games). Boninsegna, while not the stuff of legends, was a terribly effective goal scorer who had in his career with Inter played 281 games and scored 171 goals – or better than a goal every other game. Roberto had also scored the equalizer in the famous 1970 World Cup final that Italy had lost 4-1 to Pele’s Brazil.

But, in 1975-1976 Roberto had scored only 12 goals in 36 games, including the Coppa. So he was transferred to JuBe where he also did little. Inter tried to get by in the 1976/77 season after Roberto left but were disappointed with the options left to them.

Also, sometime forward, sometime midfielder, full time legend Sandro Mazzola had just retired in the summer of 1977 and Inter were sure to miss his goals too. Something needed to be done.

Alessandro came to Inter on a 600,000,000 (Yes, this number is six hundred million. We can convert it to 309,874 €) Lira transfer from Brescia that saw several players go the other way – does this sound familiar to anyone? – Namely Mutti from the list above and 3 others that I have never heard of. Altobelli was actually valued at 3 times the cash paid for him, or a billion and a half Lira (or 1 million €), but the 4 players used as make weight offset that amount.

At the time of his transfer Altobelli had been referred to as tall, 181cm, and extremely thin hence his nickname “Spillo” which means needle or pin in Italian. He was also considered quiet, grounded and reserved despite the fuss and bother that several teams made of him. Aristocratic was a word used. Oh yeah, he was a die hard Inter fanatic since he was a little kid.

When he gave interviews reporters would state how impressed they were with the way he held himself in those interviews. He wasn’t brash or childish, he would politely answer their questions and move on. He described his hobbies as playing tennis, reading and hunting.

When Altobelli to Inter was just a rumor the thought was that he and Muraro would combine into a great tandem, but that wasn’t to be. In Alessandro’s second season the two did score a lot of goals together but Muraro rather fell off the map after that and other solutions had to be found. Aldo Serena who was an Inter player on 4 different occasions and Karl-heinze Rummenigge would join Muraro as Sandro’s strike partner on those occasions when 2 strikers were used. But it wasn’t odd for him to be up top on his own.

As far as what kind of player Alessandro was like – well, he was a product of his times. In the seventies and the eighties forwards didn’t come back to the center circle to help advance the ball, that was what midfielders and fullbacks were for. He would make his move to create a sliver of space or he would attack the goal area and take service from his help and then strike the ball. If he made more than 3 touches on the ball it was a rare event. But he had a certain style. He was usually pretty elegant when he was lining up a shot. He could use his head very well as some of the highlights will make clear. He was technically gifted and his ease on the ball showed. This isn’t to say that he wasn’t above sliding or poking the ball past the keeper, but his thin frame and quickness made for even the ugliest reaction to look graceful.

I am going to list all his accolades and some highlight videos and whatnot in a sec. But the reason that I included Pazzini’s name in the title is because he really reminds me of Altobelli. Not in his proficiency, these two are very different career-wise. Altobelli was a sure thing prodigy that started for Inter at 22 years old and was at 24 a playing member of a World Cup team that was stacked to the gills with so much talent that Franco Baresi wasn’t able to get a minute of the tournament on grass.

Pazzini, 27 in August, at this point is at the peak of his powers and it’s all or nothing for the guy at this point. This is his chance at greatness and trophies and everything else. But I like watching him play when he’s on. You don't get to see a real, classic STRIKER anymore. The classic striker is what Altobelli was – he had technical skill and he was quick. Pazzini and Altobelli are different players but of the same type. Watching Pazzini score that out of nowhere header in both the Palermo and Cesena games was a thing of beauty and power. Altobelli would have made it beautiful and pinpoint accurate.

Altobelli was lethal when receiving the ball in the area and facing the goal. Perhaps… perhaps he needed another touch to put the ball or the goalkeeper or both in position to strike and then… well, the Inter of this time is very defensive monster with Baresi, Bergomi, Ferri, Collavati, Oriali and Marini. With these very defensive players Altobelli would score in double digits regularly in the 11 years that he played for this team.

And so it goes, but it was fun watching him, he had style. He was an elegant player on a tough, tough team in a very tough league.

For all the highlights I recommend that you make them their biggest size and really enjoy the goals, most of which are absolutely amazing. It’s very interesting to see how many goals are scored from crosses and corners – things that we are having troubles with right now. Many of these goals really hold up, however it’s amazing to see just how terrible the goalkeepers were.