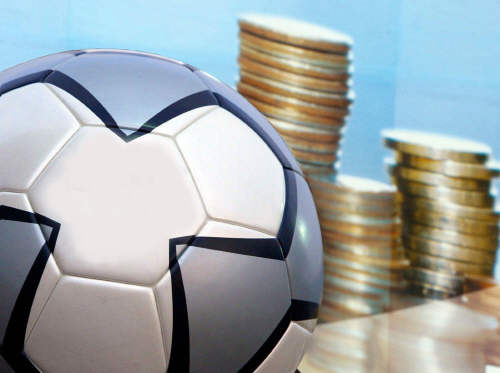 This time, it is said to involve teams from all levels (including Serie A) and players. It has been dubbed Scommessopoli or Calcioscommesse (from scommettere, to bet) by the press. Unfortunately, it hasn't really been picked up by the English language press yet so I have been hampered by my limited Italian skills and my total ignorance of sports gambling. Still, I thought I would bring it up here and maybe we can muddle through it all together.

First off, all of this is in the investigative stage and much of it is unsubstantiated testimony and (perhaps) hearsay. No one has been convicted of anything so right now, everyone is innocent.

This story is quite new, only really braking on the first of June. Originally, 16 people were arrested, including Beppe Signori, and a further 28 suspects were called to testify, including Cristiano Doni, Stefano Bettarini, Mauro Bressan, and Antonio Bellavista. At that time, there were 18 games under investigation, including Inter-Lecce. This has since expanded considerably.

According to LGdS, the people involved (including current and ex players) were part of a "real criminal organization in which each had specific tasks and roles [and] the aim was to manipulate the games to thier advantage." They would manipulate these games through cash payments and even spiking the other team's drink. (Yikes)

Those 18 games have since ballooned into 30 and now include five Serie A teams: Roma, Fiorentina, Genoa, Lecce and Cagliari, though most of the suspect teams play in the Lega Pro and Serie B. Before you rush to judgement remember: these teams are just under investigation. It is more than likely that most or all will be cleared. In addition, the head prosecutor feels that while there may be players involved, it seems unlikely that clubs were (although he does go on to say that this is just a feeling on his part and there is no proof that is actually the case).

Anyway, what mainly caught my eye was that one of the games under investigation was Inter-Lecce (a game I actually attended, by the way). As it turns out, it is Lecce that is under investigation fro this match, not Inter. Investigators believe that a group (possibly run by Beppe Signori and including Bobo Vieri) had access to some of the Lecce players. Supposedly, the idea was to play the over and that three goals were supposed to be scored. As it turns out, that game finished 1-0 so everyone lost their bets. This is all on the testimony of Marco Paoloni, the keeper for Benevento and one of the alleged inside men.

His testimony today suggests that he had a relationship with Lecce striker Daniele Corvina. I think.

The most damning evidence came from a phone conversation between ex Bari player Antonio Bellavista and Fabio Daledo, one of the gamblers, that took place during the Inter-Lecce game. He says: "There are six players in it." Daledo then tells Bellavista that there would need to be at least three goals scored for the group to win, four would pay 1.77, while two would lose (note: the game ended 1-0). Bellavista answered that "if they make three goals, they [the players] maybe would like money..." Then later he reiterates that there are six players in, including the goalkeeper. (I suggest you go to the original Italian, though).

More testimony, this time from Manlio Bruni (Beppe Signori's accountant and also someone under investigation) suggests that while people may have thought the fix was in for the Lecce game, it clearly wasn't. No one had any contact with any Lecce players and besides, everyone lost their money. The quote is:

So you can make up your own mind. If the fix was in, it wasn't in very well. As I recall, that game was tense and Inter really really wanted to win. Certainly, Inter had enough shots on goal that they could have made that spread (is that the right lingo?) if Lecce really were on the take.

From what I have read, and I have been reading a lot about this, neither Inter nor any current Inter players are under investigation. I mean, Bobo may be in some hot water, but he is so not our problem any more. So, there you go. I expect this will play out over the summer - we need our telenovellas after all - and hopefully there will be some actual resolutions. Basically, I just wanted to get this out there, give everyone some links, and try to explain how Inter relates to all this. In the end, from what I have read, they dont. At all. In all probability, neither does Lecce. But we will all have to see. The story is huge and complicated and far more detailed than what I have laid out.

I specifically did not talk about other teams as I wouldn't want anyone to accuse me of making false accusations. Let's just wait and see what falls out. I also wanted to put our minds at ease: although you will see Inter's name in connection with this scandal, it is just tangential to the case. I think we can all now turn our minds to the market madness with a clear conscious.

Oh, and just because someone said here recently that they didn't remember the sprinklers: