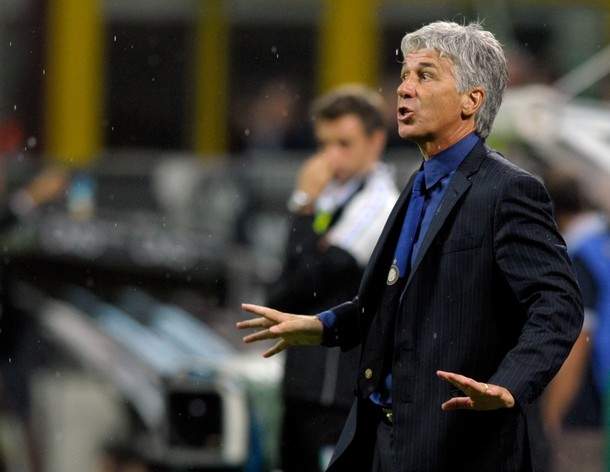 At least this one wears the right color tie.

One point after two games is not exactly the start we were hoping for. Add in the super cup (loss) and the champions league (loss) and you can see why the word "crisis" is being bandied about. Add that to a president who knows how to sack a coach and you start to see the importance of this match. Last year, even under the dreaded Benitez, I think this would have been a gimmie. Now, I just dont know. Really, it is anyone's guess.

What: Novarra v Inter
Where: Stadio Silvio Piola, Novara
When: Pretty much right now. Tuesday, 8:45pm local time (11:45am pacific, 2:45pm eastern)
How to Watch: Live on Fox Soccer and these other channels or you can find a stream (Rojadirecta, Ustream, and ATDHE.net)

Inter and Novara haven't had a Serie A game since 1956. Even so, the team have met 34 times in the Serie A, 17 of those in Novara. With nine wins and five draws, Inter usually get a result out of this fixture (for those mathematically challenged, that leaves three losses). But really, that was all so long ago it doesn't really seem relevant.

This isn't the last time Inter played Novara at home, but it was the best I could do. At least it is an away game and in the right decade:

I think Novara was a bit of a surprise promotion candidate. They came in third in the Serie B last season and found themselves in the Serie A through the playoffs. Right now, the big worry is probably the artificial pitch in their stadium. I think it is the way of the future for the smaller clubs so we might as well get used to it now. Like Inter, Novara has one loss and a draw (Chievo Verona and Cagliari). Unlike Inter, they have managed to score in both games and apparently they really really like their coach. Keep an eye out for Meggiorni, an Inter youth product, and Morimoto, recently of Catania. 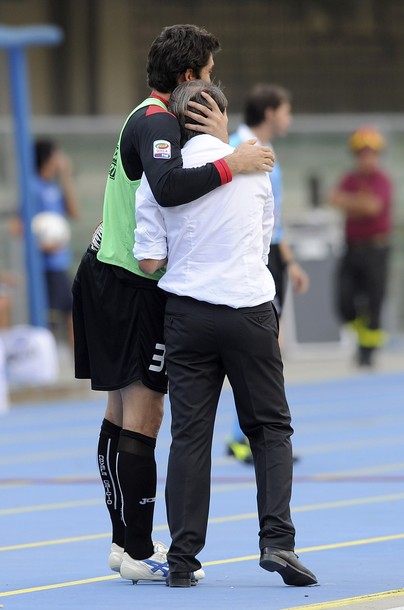 Maybe if we actually won a game Gasp would get some Tesser-esque lovin.

Gasp has called 22 to try and save his job:

Chivu is finally back (and having very unflattering photos posted on twitter) while Deki, Thiago Motta, Maicon, Poli, and Cordoba are still out. It may seem, then, that Inter are desperately low on midfielders but luckily Gasperini's method doesn't hardly use them.

La Gazzetta dello Sport thinks things may line up like this:

Er... ok. Why Obi and not Alvarez? Why are we dragging Muntari around at all any more? Who can say. At this point, I'm not convinced Gasperini even knows. I think it is fair to say that if we lose this game, Gasp will be out on his hiney. There are no excuses any more. I hate the New Coach Every Three Months roller-coaster so, for stability's sake, I really hope we win this one.

How about some more old timey Inter v Novara: