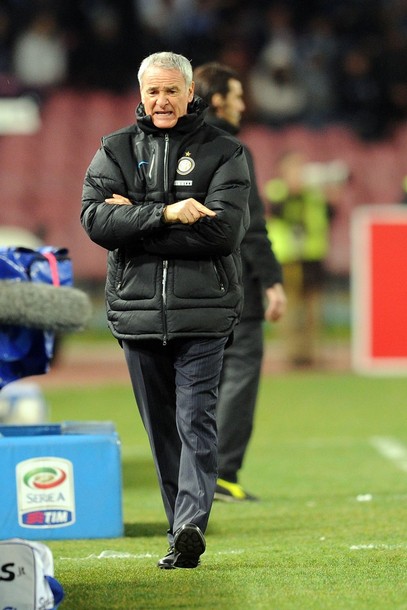 There is only one piece of controversy left to talk about around here, really. We have exhausted all the avenues of blame and analysis that could possibly be brought to bear regarding this season.

We know that there needs to be a summer of stability. There can be purchases. There can be old players jettisoned. But it’s essential that there be a coach that can implement a strategy, a tactical plan and follow the damn thing all the way through, come hell or high water.

Speaking of purchases, there needs to be one or two that we can use to score some goals. At one time we had Milito in his prime, Eto’o, Mario and Wes flying around the goal mouth. We now just have Milito past his sell by date. Having 2 seasons in a row with no appreciable gains in the forward department and the selling off of two talents have taken their toll. I’m not saying that they didn’t need to go at the time that they were sold… I am saying that having no replacement is proving a problem.

And all that goes double for the midfield. At the time of Mourinho our midfield was the worst of those teams that were chasing us. Mourinho has made a point of saying it during his Intellectual Dishonesty speech right before he refused to do anymore interviews with the Italian media (for those who forget, he said that the media was concentrating on nonissues with Inter in attempts to distract the team instead of talking about such things like Milan’s lack of titles for several seasons in a row [considering this is likely to be Inter’s first season in quite a while without a cup of any kind he has a point with the media hype] and Roma having the best midfield in Italy and not able to parlay that dominance into more wins – Roma had been in a brief down period a the time).

Anyhoo, I’m back from my tangent, I hope you enjoyed the trip. My original point for this little section was that when Mourinho was our coach we had a relatively poor and aging midfield. A couple of seasons later, it’s pretty much the exact same cast of characters. The best chance of rejuvenation at the time was Mariga. Who was sent out of Inter as soon as Mourinho was out the door. Poli was brought in, amid a lot of teams desiring his services. He was happy to come here. We were happy to have him. But he’s not playing. He’s been the best player on the field at times and he can’t get playing time. There’s some kind of politics going on in the dressing room and that bothers me. I want to think more highly of our guys than to think that a player is still able to go above the coach’s head to get playing time. That shit was supposed to have gone away with Mourinho’s arrival.

But I have talked about all this before again and again. I think that we are all done talking about how finished a player like Deki is. Cambiasso should probably start to take a few games off here and there. He’s 30 and he’s the kind of player that age hits earlier than the passing type. Zanetti I have said could be much more effective as a sub or cutting back a third or so games in a season. There have been interviews in which Zanetti stated that he told Ranieri that he would sit in the stands if it would help.

So we need a new midfield. There is nothing new there. So we have 3 or 4 players that could all step in and probably be more effective in the long run, if not immediately.

So what is there left to talk about?

Is it time for Ranieri to go?

I said no to firing Gasperini. I said no to firing Leo. I said “ahhhhh maybe” when it came to Benitez – but I hate Benitez for the Werder game. In all other ways, I thought he was meh. I am going to say no to firing Ranieri. I don’t like Ranieri. I haven’t been shy about saying that. He’s the epitome of the conservative Italian coach to me. When times get tight, he reins in the team and plays the vets – despite their obvious flaws. I don’t like him but I don’t think that team needs the chaos. They need to know that they have to work through this – not get the panacea that is a new coach every few months. We need to see this team as the way they are. Old. Slow. In desperate need of new talent up top. We aren’t competitive right now as some have said. We aren’t a team of innovation in Italy that we once were.

This summer? All bets are off. Considering the age the team is likely to be when the vets are finally forced out… I wouldn’t rule out Andrea Stramaccioni or Sassuolo’s Pea.