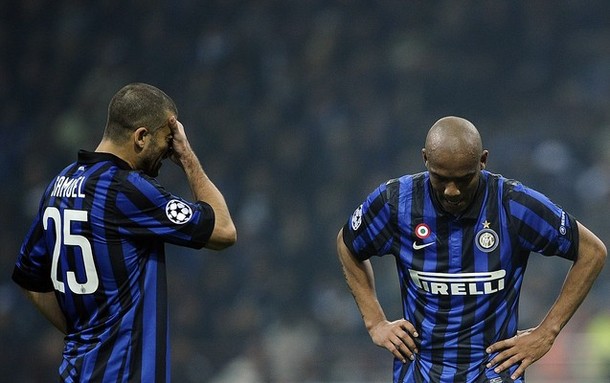 If this posting had a subtitle it would read: FRUSTRATION. Check out the body language of the players in these pictures.

I am kind of in the middle of some technical and professional issues (I am getting slammed at work and taking short days for football games isn’t helping) as I am trying to get things done here so please bear with my tardiness in getting this article out.

There were several issues to deal with in regards to OM. But the most glaring was how many times we had to relinquish the midfield play to them as we couldn’t close down fast enough or couldn’t get the ball off them. OM played a 4231 with two dedicated defensive midfielders and the outside element not pushing up very much. They didn’t push up very much and created only two real terrifying chances – scoring on the one, of course.

On the one hand they were defending their lead with at times 7 players standing in or on the penalty area on a line desperately trying to hold that as a point of no surrender, but on the other, they were able to play keep away in the midfield. When we subbed out Sneijder for a 442 with energetic midfielder like Obi and a rested Cambiasso, things evened out considerably as we were able to work the midfield as a first line of defense instead of 3 men trying to cover 5 OM players. 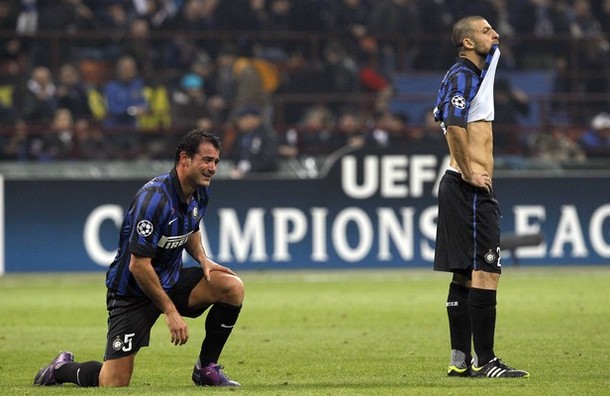 Months ago Ranieri said that when you play with Wes, there is a danger of getting overrun in the midfield because you only have 3 to cover zones instead of four and playing against teams with 4 or 5 midfielders start you at disadvantage. As players start to slow down with wear, injuries and age it becomes harder and harder to maintain the energy needed to keep up the sustained pace needed for 3 to cover 5. In fact I think that in the coming months leading up to this summer you will see Inter going after these types of players. There have already been rumors for M’Vila – who is exactly the player type that I am describing; runs enough for two people and a midfield destroyer.

So we used those tactics that we garnered from Chievo, namely bypass the midfield going forward. Deki has a big foot and launched a million passes up from deep midfield to the forward line. It was something that people were praising him for doing against Chievo and I saw more praise for it during Kirby’s excellently hosted LiveBlog. And yeah, I have “issues” with Deki, obviously. Here it is: he doesn’t have the skill set that I think a midfielder for this team should have. When fit I think Cambiasso does. I think Poli does too. I think Muntari had more tools to be successful in this midfield than Deki. I think Mariga did too. It’s not a question of better or worse. It’s a question of does he fit. I don’t think he does and I don’t think he has for a long time now. That and his diminishing physical tools are great source of frustration for me with this team right now.

The problem with the long launch, English Style, Kick and Run… whatever you want to call it… is that it’s a suicide mission. You are sending 2 forwards against 3 or 4 defenders with no support. In fact what often happens as the game wears on, as players get more and more tired, is that gaps appear between the lines – between the forwards and the midfield. When the forwards get overpowered and out manned there is no one to pressure the ball and it comes right back, usually under more control than it went forward. OM isn’t Chievo. There are 2 players I would take off OM’s roster in a New York second. I wouldn’t touch anyone from Chievo, but I might take a second look at their keeper.

It then takes more energy to get the ball back as first the gap must be closed quickly and then you have to chase as keep away starts. With our midfield the way it is, we can’t play through the middle of the park because we lack the passing and the energy to go up and down. I understand that Deki has a lot of support here, I guess, but as many of his long passes found their mark it’s not a great way to play against competent opponents. It’s not a great way for us to play – in my opinion. It doesn’t really impress me if our center midfielder has a great game doing this. I don’t see it as a great way to play.

Did we win the game this way? Yep, we sure did. But we lost steam at the end. Everyone spent 90 minutes sprinting to fill gaps and we are undone with a long pass and the second real dangerous incursion into our area. Two of the toughest, best centeral defenders against the tall ball in the world and the game is decided by a lucky bounce. 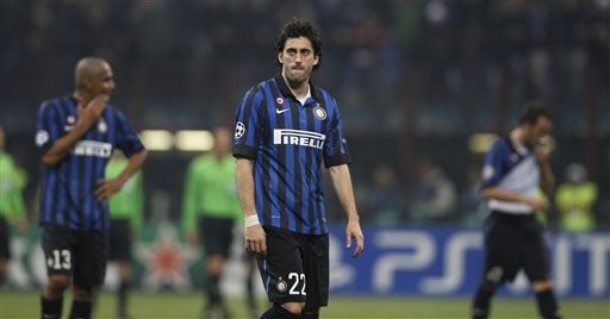 Well, that’s what went wrong. Did anything go right? Yeah, of course it did. I think that Poli rose to the moment. This has got to be the biggest game in his life to date and I thought he played well.

I think Nagatomo did well too, but I know how alone I am in that statement. Naga was picked on by OM all day long. He made some fouls – I think a lot of those were super cheap, the Olympic Diving Team was out in full force - but that doesn’t bother me at all. Foul away if the choice is playing clean and letting the guy inside to score; or a late kick to the ankle and giving up a free kick from outside the area at a terrible angle. He didn’t hurt the team by being too late or vicious and getting carded diminishing his effectiveness later in the game. He also didn’t give up a score or a bad cross that I can remember. He was beaten a couple of times. He was thrown around a bit too. But he was very much in control of his tenaciousness and he recovered like a dream when beat. He didn’t give up. And he didn’t get stupid. I can very much live with that.

Did he let the occasion get to him? I think he was nervous at first but then he calmed down. I like the improvement. He held his own in a Champions League round of 16 game. At his age and his salary I will take it and smile every day.

I loved Obi when he came on. Obi looked like he had been waiting at the starting gate and just tore into the game when given a chance. I think he surprised the OM players with his speed and physical presence. I wish he had more confidence in his passing though. A lack of confidence, to me means that he’s not practicing it enough. When you do something all the time and you really work on it, there isn’t any lack of confidence. He needs to work on his passing and interaction with the others.

I liked the general character of the team. There were some chances that went begging in this game – Wes had one early, Milito had two, I think. But the team kept fighting. And I look at it like this – the game was won. Inter lost the tie… but the game was won. Inter needed to score and there were 2 scores from the team in blue and black. If that is the Character going forward than I better store up the stuff in the pink tube. This team looks like they are going to fight, and I applaud that. I only hope that the flesh is as strong as the will.

Update on a Friend

I just wanted to tell everyone that I emailed Johonna the other day and I got a response that I wish had better news. It seems that Johonna is suffering a physical ailment that seems to really limit her mobility. She has been in a lot of pain and taking the corresponding pain killers this last month or so. Needless to say football news, blogging and watching games isn’t a big concern for her at this time – nor should it be. She said that she is going to see a specialist soon so there is hope that she’ll be better at some point in the future. She wanted me to tell everyone that she isn’t dead, but there may be an expired warranty invloved.

So let’s keep her in our thoughts and prayers, huh? I know I miss her. 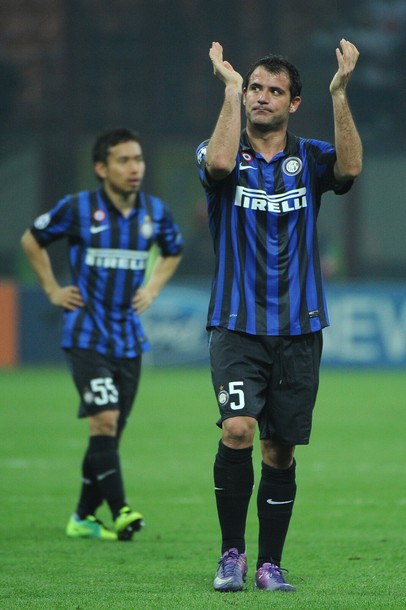