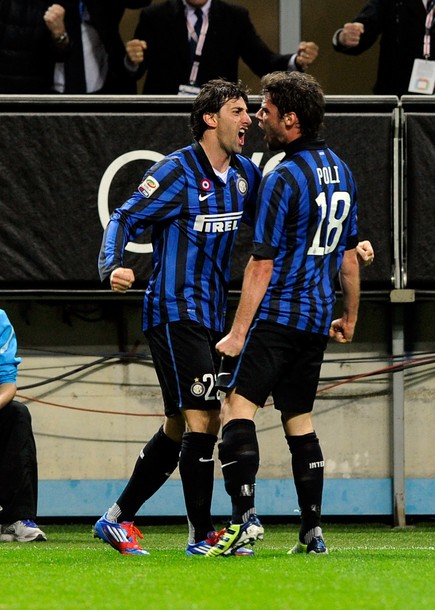 My poor wife. This game frustrated the hell out of me and I vented to her for about 25 minutes on a topic that she couldn’t care less about – she just happened to be handy. For 61 minutes we looked like we deserved to lose. We looked like we were sleepwalking. We were walking around, not attacking and defending as a team. Then – and I would like to point out that we are in week 26 now – we decided to do something revolutionary. It’s the fact that it took 25 weeks and 61 minutes to do that revolutionary thing that frustrated the hell out of me.

Here’s what we did:

Positive: We had earlier, at the half, put in a midfield player who could link the midfield to the attack in a manner that most teams would consider beneficial – that is, with both elements of the team linked we could attack with 6 instead of with just 2. Thinking back to the time this season when we weren’t waiting 600 minutes to score a goal, one could see midfielders and fullbacks on the score sheet as the team attacked as one entity, united in the effort.

Negative: But we had neglected to put in midfield players who were able to help out the defense in an effort to gain the same advantage in defense that we were seeking to have on offense – that is, have more players in defense than our opponent who was attacking with their midfield and attack – ideally 8, but actually 7 vs 6.

The thing is that 4 of those people helping out in the attack and the defense are called midfielders. And I think that we all know that Sneijder, the midfielder I was talking about in the Positive section immediately above, isn’t really going to help out on defense too much because he’s ideally waiting to receive the ball from the other 7 guys defending to help launch the attack. But the other 3 midfielders DO in fact have to go back and forth to help out BOTH ends of the team.

I know I wrote that last sentence twice. I just can’t still believe it.

And we looked like a completely different team because of it. It was like that scene in The Blues Brothers... you know the one, the clouds part and Jake is bathed in a blue light...

Poli and Obi basically manned the "2" in what had become a 4231. They ran continuously to help out at both ends - including a watershed moment for me: Obi was running back, stride for stride, with a Catania player who had the ball. Walter Samuel was thinking about intercepting and actually got in Obi’s way. Obi had his head turned toward the ball and wasn't looking where he was running, focused on what he was doing. To make a long story a little shorter, Obi shoulder charged Samuel to his ass, then muscled the Catania player off the ball and then launched himself forward into the attack. All of this was done at full speed, which for Obi is pretty fucking fast.

Poli was doing very well for himself, as well. All action, all the time. He would run all the way back behind the defense to make himself available for a pass, pass the ball, then run forward so that Sneijder had someone to pass to… on the other end of the field. He's on the opposing player like white on rice if possession was lost.

That is a modern midfielder. All action, can pass, defend, run like a madman all game, dig the ball out and slap the taste out of your mouth if you get uppity. A player with 15 years in, a nice fat pay wage, a wife, two kids and a mortgage the size of Stuttgart can’t/won't do that every game. But a player desperate for playing time, a better salary, a spot on a team that might one day play in Europe, a spot on a team that's not in Serie B, desperate to look good for the ladies and sick of sitting on his can in a dugout… he will do what it takes.

See, don’t get the wrong idea here, I don’t know that starting Poli and Obi together is going to win us any more games than playing the Oldies In The Midfield. I don’t know, nor do I care. I just want to see them play. I think that we are at the point where we all understand… I hope we are all at the point that we understand that we need to blow the team up and start over. Is Poli good enough for us to consider getting him enough apps to kick start the obligation to buy? Is Obi good enough to put in as a major contributor at the age of 20? We know that Naga is good enough to play over Chivu. I hope we get that we need to use Sneijder. We have to know – again, I hope – that we need to use Poli and Obi in some capacity. We can’t let them stay on the bench. We can’t let them become an advertisement for how young players are used at Inter.

By the way, along these lines, I know that there were people who were critical of Ranocchia as he was doing some spot duty last month. I said then, and I will say again, I can’t see how it can be any worse getting him some continuity on the field when we aren’t doing the job in defense with the Oldies. In theory Ranocchia can get better, if he’s really so bad now, and I think that he just needs to play every game to get into the rhythm and up to speed. If you look around, there are lots of people who are just ready to write him off. I think that’s a mistake. I don’t know if he’ll be great, or just good, or solid, or poor. I know that we haven’t given him a real shot to show us what he has this season. Especially since he’s always playing next to Lucio or Samuel – who are less than supportive and communicate only slightly more than a stone building. I say let him play with a real midfield in front of him, fullbacks who aren’t supposed to abandon the backline altogether and next to a defender who doesn’t launch himself forward to leave him high and dry at every drop of a dime. Yeah, he makes some mistakes on his own… he’s 24 and I think he’s in his 3rd season in the top flight of a major European football league. Patience might be rewarded in this case. I think Materazzi was past his mid 20s when people discovered he might be a worthwhile player. It's something to consider.

Deki wasn’t called up. Deki didn’t start. Is this the beginning of a trend to, you know, not play the man so much? Or is that too much to hope for? More to come on this subject, that’s for sure. I was one of those who called for Mourinho to purge Deki when he came on board. Deki proved me wrong that season, but Mourinho and everyone else saw that Deki wasn’t the long term answer, so Sneijder was brought on board. Deki is still here several seasons later. It’s time to cut bait and force ourselves into a longer term answer.

I just read a news item that Cuchu was tearful on the bench from the cheering of the fans at his substitution. I feel bad for the player that he’s won everything with the club – he’s also gone through some bad parts too, before the winning ways started. The man is a legend with this team. He’s an unquestioned great player.

The fans – me included – have been begging for change for a very long time. So I get the fans too. It was as though the crowd had said, “Finally, someone is making a change at the not working status quo.” I feel bad that it came at his expense. I feel bad that he was one to feel pain because of that reaction. Cuchu hadn’t played very well lately. Maybe he put too much pressure on himself when things went bad and tried to overcompensate. I like to think that he’s that kind of guy. But the truth is that he’s 31-ish and his style of play is the type that fizzles fastest. He’s a chaser, a terrier really, and all that running year after year takes a toll faster than if he were a guy like Motta, who might pass at the same speed for another 5 years yet.

I don’t like that the “mob” was looking for scapegoats. I don’t like the way they voiced their displeasure. But I understand the displeasure. This isn’t English football, where working hard is considered equal to winning. There are times I wish it were so a guy like Cuchu could get the cheers he deserves for his hard work, his dedication and his service instead of relief that he’s off, finally. Or have some guy without a tenth of Cuchu’s talent sit at his computer writing week after week that a legend like that is getting older and needs a rest. And yes, I loathe myself a little for being one of those who agreed with the sentiments - proactively, not during the game - that made the man feel bad, considering all the games he made me feel good. But that doesn’t mean I think I am wrong. He is getting up there in age. He does need more days of rest. He shouldn’t be an automatic start because he’s a “senator”. It just means that I think the world sucks sometimes.

I’ll end this very ambivalent blog post with this thought. I made a comment… oh I don’t remember how long ago… about Ranieri having the chance to be bold and make changes to the team to shake things up or be the conservative, Ye Olde Tyme Eye-talian coach that I think he is and go ultra conservative. Well he went so conservative that I do believe my calendar flipped backwards a couple of decades. I wonder if we have learned our lesson yet.

PS I am avoiding talking about the Diegos on purpose. They scored the two goals today... but...