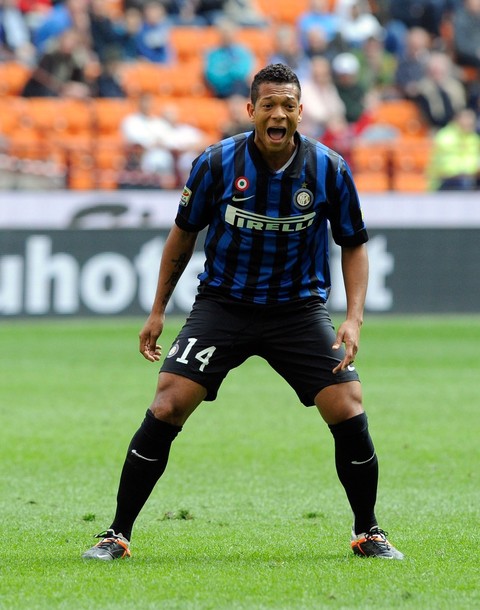 Plus, it should have been made very clear in this game who should be worried about their future at the team as things progress. Cockroach Boy only had a half in him. Cuchu, who used to run for two, can’t cover Deki’s deficiencies. Zanetti looked tired after the game, for the first time in forever. Like an character from the classic Nintendo game Punch Out, you could tell that he was worn out from the dishevelment of his hair. Cuchu ran out of gas in the second half. Forlan stopped pressing up top after 20 minutes. Lucio was swatting at butterflies by the end of this game. Chivu had about a dozen crosses rain in from his side of the field.

On the other hand, it was the young guys who really shone. Poli was exquisite in this game for a full 90, I might add, thinking about my last article. Guarin really put on a 30 minute show. He was mobile, he was strong and - except for his shooting – could thread a pass or two. Obi was everything Forlan wasn’t on the left wing. He was fast, he came back on defense and he was willing to attack the goal directly. I always feel that Forlan veers off when he sees defenders between him and the goal, like he’s saying to himself, “Oh well I guess I’ll go this way, then… darn…” But Obi will go after them once in a while, or pass and then cut inside. It’s an attitude difference that strikes me, I guess.

But the point was that the pace was too fast for a lot of the 30+ crowd to handle. This game is a highlight reel of what we need and what we have. And to have it so stark, so in tune with my own desires for the club – which I have never been shy about decrying, not since my very first article as a writer here – and that is to have a team that feels like every year isn’t year one.

We need the old guard around, sure, like every team has old guys. You need vets in the dressing room to calm nerves when things are tense or to remind the younger guys how rare it is to play for a cup in a final or to step on a rooks neck when they are acting like a dickhead. You need some vets to do that. But what you don’t want is to have a whole team of them so that there aren’t enough guys ready to step in and take over for them when they age past that super fine line between consistently great and occasionally great.

It happened here, like it occurred in other places high and low in Serie A and it irks me that we didn’t learn from their mistakes. But the only thing worse than making a mistake that someone has already warned you might happen, is not to correct the mistake once you have been aware of it. We were aware last season. Benitez cried about needed signings. Leonardo was given 4 signings and he made a team for half a year off them. We didn’t give Gasp any signings. And then we really didn’t give Ranieri any signings that were useful this season. No rejuvenating signings for 3 coaches + their “revolutionary” tactical coaching = total disaster. Four signings of players in their prime, acclimated to Serie A who can be used immediately for Leo + Leo’s limited tactical sense = 2nd place and an invite to the Champions League.

There’s a message here, somewhere. I can feel it…

Okay, onward then. What did we learn about Strama from this game? He likes high recovery pressure up and down the field. Check. We covered this. Poli, the youngest midfielder really benefitted from this. One stat I saw showed that he intercepted/recovered the ball 7 times during the game. It qualifies as the leader in the team for defense. Zanetti, I believe had the lead in the team for tackles, which was pretty evident since next to nothing really dangerous came from his side of defense other than another questionable penalty against us.

In something of a dramatic change from Ranieri, Gasp and Leo it seems like the young coach like to play a much more direct game. The ball went up and down the field – many times right down the center. The three previous coaches mentioned prefer the ball to go outside-in, that is for the ball to advance through the width and then crossed or passed into the center. In fact I saw that one pundit said that those guys like to flatten a team so that all the width is used more. Strama was happy for the ball to go right through the center midfielder and directly to Milito which in an odd way – and it’s sad that I have to preface the action this way – guaranteed that he would get enough service to have a reasonable chance at one of them popping in the net. In fact his second goal was nothing more than a long, direct pass from Deki to Milito that gave him half a chance to beat a defender 1v1 and then take a shot. Its weird how this is really just a simple game, huh.

Also in something of a dramatic change from Ranieri is the speed the ball travels. There was a lot of one-touch, zip - zip from left to right for a player to make some space to look up and then forward it went. The left and right passing wasn’t to advance the ball so much as to move the ball fast enough so that defenders couldn’t catch up to it and give the last guy to get a pass time to look up for a pass that would advance the ball. If there was a chance at a counter, the ball would just go forward as fast as it was possible to go with possession. It was nice to see a transition game by someone other than an opponent using it against us.

Everything wasn’t sun and flowers of course. We gave up a goal, 1 clear penalty, 1 meh penalty and one imagined one. Cesar was a moron for giving up the penalty – he should have let Palacio score instead of create the scoring chance AND make the team play a man down AND be forced to sit the next game which we need to win. Lucio was terrible in this game and the penalty he gave up was meh, although I remember Inter getting one similar from Bari 2 years back.

The lone goal from play was pretty fluky coming as it did from a ricochet off someone’s thigh that wasn’t even aware that the ball was present – but the corner that the goal came off of was one of a zillion that Inter gave up. Corners can be indicators of pressure that a defense are desperate to rally against or of a penetrating player exploiting a hole in the defense. So it can be something of a worry but watching the Next Gen stuff, I noticed that the Babies gave up a lot of corners too. Is it the price for playing a high line, maybe? Is it a weakness against playing narrow? Is it both and we need better cover out there? We’ll find out in the next 8 games, that’s for sure. Serie A coaches are phenomenal at finding tendencies like that.

Meanwhile, I will enjoy the win. More than that, I will enjoy the media attacks that have already started. Remember that a lot of our rivals also own large media conglomerates and like the Intellectual Prostitution moment where Mourinho basically acknowledged this publically, every victory for Inter is a time of screaming pain for others that is reflected in the volume of the media induced kick-back. Since a lot of foreign press only really gets their info from other media outlets – no one has the money to actually cover stuff anymore, thanks corrupt and incompetent banking people! – its fun to track what one outlet says and then trace its path around the world. It’s already started with the hiring of Strama and I encourage everyone to have a lot of fun with it. I will too, well that and my new found ability to actually play and like Football Manager for the first (last?) time. 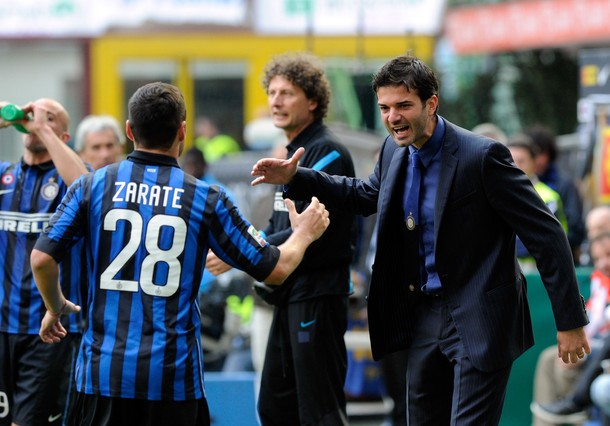