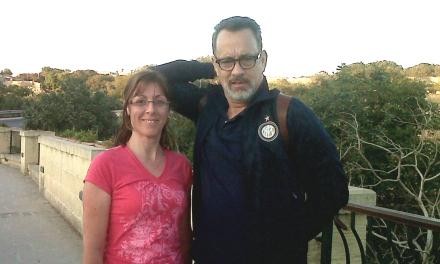 There are still lots of rumors circling regarding who will stay and who will go from the roster. A lot will depend on whether Inter makes the Champions League or not. Cuts will have to be much more drastic one would think if that 30 million Euros aren’t available to the team. More contracts will have to be renegotiated in order to bring the overall spending down enough to plan for the decrease in revenue and other transfer targets will have to be found to accommodate those players who will demand Champions League football.

One would also think that more of those now very valuable youth players that Inter has in its supply closet will also have to happen. I hope it doesn’t come to this. I think that I would rather have those players take roster spots cheaply than to have them sold off to cover losses.

The youth teams at Inter are increasingly important as we here at Inter.theoffside.com have been saying for several years now. At the official website on Inter.it you can see all the tables for all the youth teams that compete in leagues. I count 7 levels of competitive teams and 5 levels below that of academy and tournament groups.

The group that we generally have to care about, as the current business model works, is the Primavera and the Juniores Barretti. The Primavera is the last step in the youth process for young Inter players assuming we disregard the loans and co-loans.

The Juniores Barretti is the second oldest group. The current squad at this age level is comprised only of players born in 1994, so they are currently at most 18 years old with no overagers. They are the Primavera of next season and as we will see they have done very well this year.

I include the Allieve Nazionale for a very important reason that I will mention later.

Inter Primavera: The Next Gen winning group has won its table and is gearing up for the playoffs which start sometime early next month. As winners of the table they are automatically entered into a higher level of the competition but I am unsure of what level. I think it’s the final 8.

Juniores Barretti: This group is coached by Sergio Zanetti. If that name seems familiar, it’s because he’s Javier’s older brother by 5 or 6 years. A long time professional himself – something like 20 –ish years in Argentina, Italy and Switzerland – Sergio began to coach youth football upon retirement. Anyhoo, Sergio’s Army only has 90 minutes to go before his group captures the title for the U18s. Inter defeated Atalanta 3-0 in the first leg and await the final score of the second leg before celebrating.

Allievi Nazionale: This is the next group down from the Barretti. They had a very good season as did all the other competitive youth teams. But I am listing them here for one very good reason. This is the only competitive team that Inter lists on its official website that didn’t win its table. That’s right; all the youth teams won their table except these guys. How badly did they do? They finished second. They finished second by one single point. They finished second to Milan – a team that they drew and then later beat – by a single point. Man is that frustrating. I don’t know if there is a playoff here or what, as far as I know their season is over, but jeez. That’s rough.

By the way, if you guys are interested, all the Inter teams did pretty well against Milan teams this season… like, “undefeated” pretty well. Here’s the list, take a peep.

Last article I wrote said that I was concerned that I hadn’t heard of any signing of a contract by Stramaccioni, any numbers of a contract or a press conference from the club. Well 1 out of 3 ain’t bad. We know have a leak of the amount of money Stramaccioni can expect to earn.

I don’t have those numbers in front of me, but they really don’t matter. If he’s successful early then his contract will improve dramatically before he gets to year 2 of his deal. If he fails early… then it won’t cost the team much to keep him on the payroll in true Italian fashion. In fact if he fails early, he’ll either go back to being the youth coach – and be very well paid for it – or he will be looking to get another, better contract from another top flight team ASAP and then break the contract himself so that the team won’t even have to worry about paying him very much to do nothing as Inter Management has had to do in the past.

Either way, it’s much less a contract to coach a top flight team and much more an opportunity to show the world that he’s ready to coach at about three levels higher than where he was.

I am terrible at previews, the other guy usually does them… here’s hoping she returns to us soon.

Who: Lazio v Inter
What: Last game of the season. Both teams need to win if either harbor any hope of CL or nonpreliminary Europa cheese.
When: Sunday, May 13, 2012. 20:45 CET, 2:45 EST America
Where: Stadio Olimpico, Roma
Where can I watch: FOX Soccer Channel, 2:30 EST. I am sure someone will post a link.
Form: Lazio – LDLLDW, Inter - WDWWLW

Take a good long look at this list of players. I have a sinking feeling in my gut that next season’s Inter won’t look too different. Orlandoni will be gone. Cordoba will be gone. Will Lucio? Will Faraoni? Will Maicon? Will Guarin? We know that Strama desires Jonathan to come back next season… because he knows he’s going to need a fullback soon? Forlan is nowhere near this group. Neither is Zarate. Neither is Sneijder. Neither is Chivu. Is there a message here or is it just the day to day of injuries and fitness?

This is what I consider to be the most important thing about this game: The team needs to win it and I am not sure how they will respond to this pressure. Grudge matches against Milan have turned out in our favor this season – and they were really the highest pressure games that we have played to date. How will the team respond to having to win? The story of this season hasn’t been that they won’t respond great. Which is why we are sitting in the place we are now.

But that is an awfully young team that’s up there. I wonder how many of them are out there to show off their stuff to potential co-ownerships and sales.

• Both teams need a win. Yeah, there’s a teeny tiny CL hope. But if its to be the Europa League instead and Inter make it to 4th, then there is a chance to bypass the preliminary stuff.

• Inter is undefeated in 19 of their last 21 against Lazio in all competitions.

• There have been fewer than 2.5 goals in the last 3 Lazio games.

• Lazio is undefeated in 11 of their last 12 home games in Serie A.

• Lazio has 10 unavailable players due to injuries and suspensions.

• Klose is due to make his return from injury.

• Julio Cesar is suspended for this game.

Inter Player of the Season

I am going to do the poll after the season, preferably during an end of the season roundup. But I wanted people to think about who they wanted to be their own Inter player of the season. If it’s a strong enough feeling that you want to comment on it, go right ahead, but this is more about what you all got from this past year than lobbying for your favorite. Much more constructive would be the 5 – 10 names that you think should be on the list to begin with. I’m not going to present a poll of the whole team, just a few select members. So go ahead and give a list, state your favorite if you really think you should. Just remember that this is supposed to be an inclusive exorcise – remembering the good things about a player or a group of players.

If this poll goes well and is easy to use, I’ll use it to gauge other things like who everyone wants to stay, be sold, be bought or who should just be given a free ticket out of town.