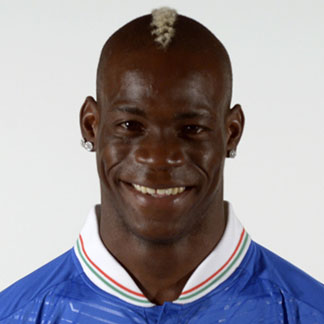 Retrospect is an easy way to make criticisms, and it’s not really something that I am completely comfortable doing at this time. Considering the previous two National Team regimes I was willing to wait and see how Prandelli ran an actual tournament before I either decided that I hate him or love him… there just never seems to be a lot of middle ground in this sport, is there?

And the verdict I have is… meh. There were some things he did that I thought were really good to see and then there are things that I wasn’t so thrilled with. However, having said that, I don’t see him getting replaced or quitting. I really think that he’s going to stay on and with a little luck, he’ll learn something from this.

I wouldn’t pin the badge of genius on him, but I give him a lot of credit going with the 3 man backline. We here at Inter know what that kind of revolutionary idea can do to a fan base that’s not prepared to see something new.

On the other hand, he did abandon that 3 man line pretty damn quick as soon as the full compliment of center backs were fit enough to resume their duties, such as they were able. More on that later.

Plus, I think he got it all wrong against Spain in the finals – which I thought was weird, because I thought he got it all right against them in the group stage. You can’t attack Spain head on in a match of possession for the same reason you can’t do that with Barcelona – it would be like a regular size human getting in a beanstalk growing contest with a giant - the odds are against you from the word go.

Every tactic has a yang to its ying. Possession gives you the ball and opportunity – what it doesn’t give you is position and recovery. You don’t press them, for the same reason you don’t try to use possession. You clog the midfield, stand off in good position in the zones and you break like the devil catching their mediocre backline out of position and outmanned. Mourinho showed everyone how to do it in 2010, Chelsea did it just recently and Prandelli didn’t learn from his own strategy earlier on in the tournament.

Spain’s strength is their midfield going forward… so you clog up the midfield and play tough in the back and work the transition. It’s not pretty but it’s ruthlessly effective – which brings us to the second part of tactics… not being ruthless enough.

Once you figure out a plan, you implement it. Thrice this tournament, Italy had a lead and let up the gas: Spain, Germany and Croatia – I thought Italy was fortunate not to concede more against Germany, especially in the second half when they woke up. Further, England was completely dominated and was almost let off the hook in penalties. This team – and maybe it’s Prandelli or maybe it’s his selection of players – weren’t nearly ruthless enough. I can cut some slack for the group stage because it’s Italy and that’s how it goes sometimes. But there have been too many knockout stages gone wrong that this team should know better.

The players looked reasonably motivated once the traditional Italian Slow Start was past. The squad looked like it picked up a lot of steam from advancing past a listless English and an uncharacteristically static German side, respectively.

The bored, apathetic stoner look that Pirlo gets when he can’t be bothered didn’t really show its ugly head that I can recall.

Mario looked willing to curb his momentary temper for the greater prize, which showed a lot of growth to me – as I remember back to his pitching a fit just as we eliminated Barcelona in the Champions League to go to the finals.

Prandelli got mostly credible performances from what I perceive to be an average defensive group, minus Chiellini, at best – barring the finals, of course.

So motivation-wise I think it’s a no brainer, I like what he’s done. Moving on.

Here I have some problems with which players he’s picked and at other times, how little he’s used those players.

And it starts with the goalkeepers. Yeah, I know Buffon is a legend, but I don’t think he’s been the same since he spent that season out with back and/or other muscle issues. Plus, at 34 and with a serious injury history it’s really a crap shoot if he’s around for the World Cup in Brazil – that’s a winter World Cup, remember. Did I think he had a bad Euro? No, I think he was very good. But, all I heard about from Prandelli since he was hired was to use more young guys and phase out the older squad. That he was in it to revitalize a team for a cycle of Euros and the WC. This would have been the time to bring on Sirigu if there is a plan to use him at all for the World Cup in 2 years.

And I am also disappointed in De Sanctis being there. If Buffon was going to be the starter no matter what, then with Sirigu there should have been another young guy. Let them see what the atmosphere is like and let them take training against these forwards. I like De Sanctis and I have since forever – he was with Pescara what I swear wasn’t that long ago but they tell me it was almost 20 years in the past – but the fact is that he also shouldn’t be at WC 2014.

So in my mind, it should have been one or the other with the goalkeepers – Buffon or De Sanctis.

I wasn’t happy with Ogbonna or Barzagli or Bonucci getting selected, but I understood Barzagli and Bonucci. I don’t think that any of these three center backs are worth starting on the National Team, but in the case of Barzagli and Bonucci; beggars can’t be choosers. Any one else who comes to mind isn’t really ready or had a bad season. Ogbonna I thought was a mistake because I couldn’t envision a scenario in which Prandelli looked on the bench after an injury and pointed to Ogbonna. Personally, I thought that Barzagli and Bonucci rode their luck to the breaking point this tournament.

Abate continues to not impress me at all. I thought that Balzaretti was very good at times, the best of the fullbacks. Maggio, who I usually enjoy watching a lot, was poor, I thought.

The midfield reminded me a lot of the goalkeeper situation. If you are going to bring Pirlo, then you don’t really need Montolivo and Motta on the squad. They do the same thing, maybe not at the same level – plus, all three of them require someone else to do their running for them, so playing at the same time is a little suicidal in my book. Pirlo, never a physical specimen and who will be 36 before the next WC, is iffy at best for Brazil… so why was he here, to begin with? Again, this was supposed to be a Euro – WC cycle that Prandelli was going to start, right? And if Pirlo was here… then why bring both Montolivo and Motta?

I thought that Nocerino earned his spot on the trip, but I got the impression that Prandelli was hesitant to use him considering he only spent 40 minutes on the field and that others were run into the ground before there was any thought to his inclusion.

De Rossi, for the first time since he’s made the Serie A scene, had a good international tournament in my book. I have been saying forever that once upon a time De Rossi would have been made into a center back or sweeper. And it’s this kind of thing that puts us in the defensive problem I think that we have with this team. Any player who is good on the tackle, can move real well and shows even the smallest amount of skill on the ball gets quickly put as a midfielder. They get more money on any potential transfer and the lower league coach gets to load up on defensive minded players on the field. De Rossi really impressed me this month.

I thought that Marchisio was largely absent from games. I remember at one time he had a real nice chance after running into the box from deep, but he didn’t hit it quite right. I thought that summed up his tournament pretty well. Running, yes. Not much of anything else, really.

Once Cassano was considered returned to playing ability after his health issues, he was a shoo in, I think.

Di Natale’s inclusion (or Dee Natalie as the English folks called him) continues to confound me. I get that he’s scored a lot for Udinese… but he really has to, doesn’t he, because he’s the only forward that they actually play with for however many years that he’s been there, you know? The whole team is about getting him the ball in position to score. The Italian National team isn’t a goalkeeper, 9 water carriers and him! This isn’t Udinese. There are expectations here that he becomes one of the equals. His game isn’t about helping out on defense or coming deep for the ball. He sits up on the last shoulder and waits to go. If his name and pedigree was Inzaghi, that would be one thing. But Di Natale isn’t going to be at the next World Cup, he doesn’t really fit with the atmosphere that Prandelli was trying to make, as I saw it… I just don’t get it. I mean I understand when an English commentator who has never seen Serie A looks at the stats and says, “Hey! This guy is great!” But Prandelli is supposed to have seen these games...

I am not going to say a whole lot about Mario’s performance other than to remind people all those arguments I had with people about how Mario deserved to be on the national team before the last World Cup, how his inclusion and success was only a matter of time. I am glad he scored his goals, did well generally overall and I wish I had a giant screen of all those people in Rome and Turin who used to torment him racially and see how they reacted to the England penalties and the Germany game. Did they cheer or did they just shrug? I just laughed a lot and really enjoyed the circus that surrounded him. It's too bad that bridge got burned with Inter, but I hope he continues to do well because I think he has immense talent.

So my issues with Prandelli’s selections were really with the very limited playing time that Sirigu, Ogbonna, Nocerino, Giaccherinni, Borini and Giovinco got. If they weren’t going to be trusted to play at all, why bring them? I think that having 6 dead places on the roster at the tournament really, in retrospect, spelled doom. No team is going to play every player, but really it wasn’t hard to imagine that Pirlo was going to need a rest or that De Rossi and Marchisio who at times were running for two might need to take a game off and put in Nocerino for one or the other. Again, looking back, I felt that Pranelli needed to manage his team’s fitness better and get the younger guys some time on the field.

Does he learn from this? I think Prandelli is on the whole a pretty thoughtful guy. I hope that he figures out what his plan is for the WC well before qualifying starts in earnest.

Speaking of figuring out plans for the much nearer future… your Inter blog will soon return to it’s regularly scheduled programming… Thank you.