Talking points to take away from the Inter match as they concede a late equalizer to draw with away side, Sampdoria.

The headlines prior to the game were consumed by Thohir's first match in attendance as new Inter Owner, President, and CEO. Coupled with the anticipation of the new change at the Nerazzurri helm was the excitement of purportedly 54 former Inter players, many of whom were legends in their own right. Bergomi, Suarez, Pagliuca, Beccalossi, Materazzi, Stankovic, and Figo were amongst some of the names that were tweeted out by the official Inter account (@inter) that would be in attendance for this momentous changing of the guards.

Would the presence of numerous legends and new Inter owner, Thohir, inspire the Nerazzurri players on the pitch to deliver a victory?

Prior to the match most of the talk surrounded the attendees, new owner Thohir and the many Inter legends that would be present at the match.

While there was an emotionally charged environment considering all the aforementioned attendees, there was little focus on the continued challenges faced by Mazzarri and his men due to injuries in both defense and offense. Samuel was still sidelined along with his Argentine compatriots, Milito and Icardi. In addition to these injuries, defender and Japanese International Nagatomo (who just won the Asian Football Confederation Player of the Year Award) was also out due to an injury sustained against Bologna in the previous week. The Nerazzurri players performed adequately in the first half and scored early on but were unable to sustain their shape, both in defense and in attack. Apparently, missing the starting center back, left back, and striker, seemed too much to bear for Inter as they faced a struggling Sampdoria.

Much discussion has revolved around where Fredy Guarin is best suited on the pitch. His size as a midfielder may suggest he could play a defensive role yet his fondness for attack places him closer to the opposition's goal rather than defending his own. Mazzarri has tried to place him in a multitude of roles to see what best suits him, as when he is on, he is a force to be reckoned with. Yet, therein lies the dilemma. Guarin has yet to perform consistently. Not taking away from the goal that he scored early on but after his early goal he did not continue to make his presence known, so to speak. He is not a defensive midfielder, regista, or trequartista, so the question that must press on Mazzarri's mind is where does he play Guarin where he will consistently perform at the high level of potential that many scouts know he is capable of as he has caught the eye of many rival clubs, domestically and abroad.

There is no debate that Mazzarri has instilled confidence in his new charges this season. Yet with only one competitive match played per week in the domestic competition thus far, the question as to what adjustments will be made by both the coach and the players are on most Interisti's minds.

o Sampdoria slightly edged out Inter in terms of:

- corners (Inter with 4 versus Sampdoria winning 6). 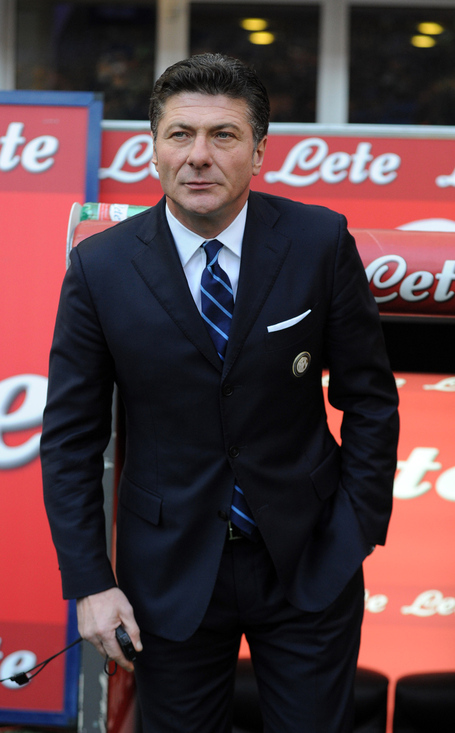 The next challenge for the Nerazzurri will be the midweek Coppa Italia match against Trapani. Many may assume that Mazzarri will rest many of his starters, as he looks ahead to the weekend fixture against Parma to try and work out the mechanics on the pitch before he faces his former employer, Napoli in two weeks' time.

While Inter still remain in fourth place in league standings tied with Fiorentina, the Nerazzurri must make the necessary changes if they are still to remain in the hunt for that all important third spot and a chance to return to play in the Champions League.

[Note: No penalties were awarded to Inter in 14 rounds.]