At This Time I Can Confirm...

Share All sharing options for: At This Time I Can Confirm...

That’s the gist of all the "news" I have been reading these last few days regarding the coaching situation here in Inter Land. There is absolutely nothing that anyone can say with a certainty. But there are a host of rumors.

The club and the coach are both saying the same thing, which in and of itself we have a minor miracle. Both parties are saying that after the last game, there will be an evaluation.

And frankly this is something of a relief to see. It should be that a coach gets at least a full season to see what happens. I personally don’t like – despite the happy news of the departures of coaches that I didn’t care for – all the turnover at the coaching position that this team is famous for. I get the President is a big fan, and there is something to be said about going with your guts at times, but too much is too much. The man in charge needs more than 3 months in charge just to give a fair chance to all the changes that he inevitably made.

So if Strama gets his full year, than at least everyone got a chance to show what they could do, including the coach. For the record, I hope this guy sticks around. He gave time to an unprecedented number of young people, the players played for him right to the end of meaningful matches and there has been a sense of change since he’s been here – it’s a welcome feeling.

There was in the papers today or yesterday a confirmation that the man is a step away. There were no quotes in the article nor were there any specifics of meetings or face time. In effect there is confirmation of nothing. It was just a clever ruse designed to trip me up. When I saw the headline I told someone nearby that 1.) I am not that big a sucker to believe the headline one minute but that 2.) I am that big a sucker to actually read it and be proven right. I was dead on with both counts.

I have no idea what’s going on with this front. I don’t think that Mazzarri will be the Inter Manager next season – he will probably demand some kind of transfer control if he comes, hence I am differentiating between him and Strama – but that’s just a gut call. Personally, I think that he would want to build a program to win quickly and that’s not us. This team needs some work and some holes to fill.

Plus I have no idea what happens to whatever youngsters we have coming up. There is something of a perception of a definite plan with Strama (is that ambiguous enough?). With Mazzarri I get the feeling that players who can't help right now get sacrificed to the Ghost of Christmas Present. And unlike a lot of people, I am perfectly willing to play the young guys and endure the mistakes rather than pull a Destro. It'll mean an up and down season, again, but it will be an all-Inter affair with our boys. And I can live with that.

This is the one that made my hair stand straight up, and if you had ever seen my hair you would be impressed with that feat, let me tell you. NO. Just NO. I wouldn’t let this man back here if he brings Kun Aguero and a stadium. If, on the off chance that he comes back to this team, you all will need another sucker to write these things, because I will not do it. I have a kid somewhere around here and if Mancini brings his sorry carcass back to Black and Blue then it’s high time we spent some time together and learn each other’s name or something parent-y like that. 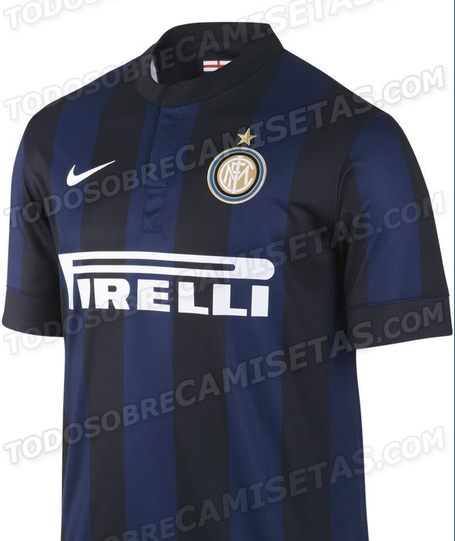