After several months of speculation, the new uniforms were unveiled on Inter.it today. I am one of those who doesn’t really give a fig about the uniforms as long as they are blue, black and vertically striped. For a preference I would have liked the middle stripe to be black, but it’s been forever since that has happened.

I would like to announce that the away shirt is the same bland white that it’s usually been. While the white is bland, it’s probably better than the red shirt from last season. 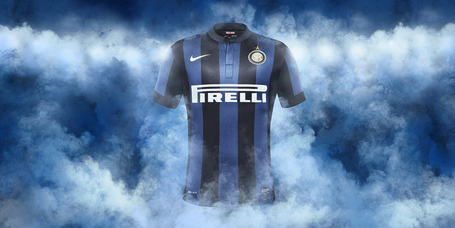 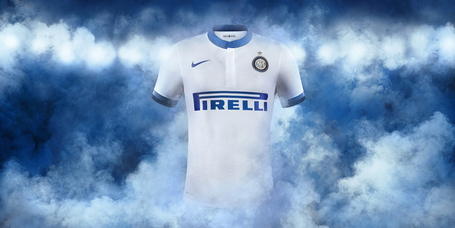