Share All sharing options for: Pupi's Partita per la Pace

While Javier Zanetti has retired from football, he has not retired in his philanthropy.  This past Monday, September 1, 2014, Pupi and his Fundación PUPI arranged a match to promote peace between different religions in Rome at the Stadio Olimpico.

While no one really paid attention to the score (Pupi's side won 6-3, by the way), everyone's focus was on the collection of superstars that were on the pitch.  Besides Zanetti, superstars such as Diego Maradona and Roberto Baggio donned kits to support the cause.  Other legends such as Paolo Maldini, Andriy Shevchenko, Alessandro del Piero, and Ivan Cordoba also took part in the exhibition match. 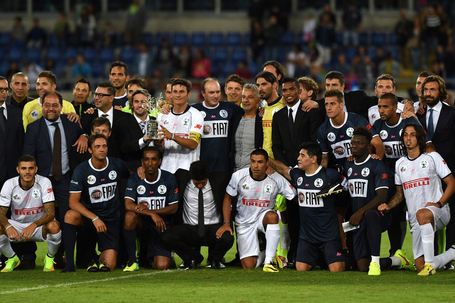 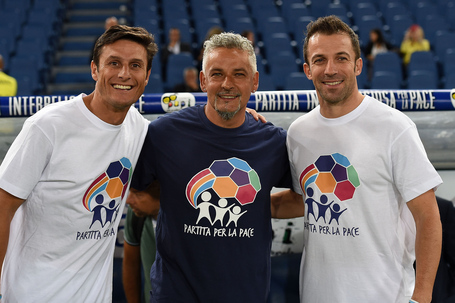