In what was surely a mixed performance in what had to be a much less hyped arena Inter still managed to come away with points despite heavy rotation.

Share All sharing options for: Partizan 1 - Inter 3; The Good, The Bad and The Ugly

Well, if the last few matchdays are any indication, then Guarin is back. He was a monster this game and his two assists and a goal are every indication of his willingness to put his energy on the line to earn playing time. The first goal can be considered kind of flukey as I don’t think anyone expected that ball to make it to Palacio. But that second goal was all kinds of high skill and high awareness mixed with a high desire to serve the forwards a shot on a silver platter. Guys like this will always be welcome.

Palacio had another outstanding game. There was a lot of flak in getting this player because he wasn’t "world class". And maybe he isn’t. But what he is, is a high energy solid forward who can cover multiple spots across the front lines. And when you stop to think about it, what team can’t use a player like that?

The thing about Palacio that I enjoyed in this game was just his desire to score. Every movement with the ball was a movement towards goal. I think that this is a real difference in tendencies with Livaja or Cassano, but a similarity with Milito. Livaja and Cassano often seem like they are trying to outsmart or trick someone. But it seems that Palacio just wanted to pick a target and shoot. He had 3 shots and 2 scores.

I was watching this game and I was thinking that Juan sometimes looked like he was defending for 2. Like most of the players that do well in Strama’s system, he’s high energy and mobile. Against Patizan, Juan closed quickly and either stalled the attacker until help arrived or he just cleared the ball. The goal wasn’t his fault but I am willing to bet that he’s the type who would have wanted the clean sheet.

I am going to put Livaja here for the simple reason that for the majority of the game he was left alone at the top of the formation to chase the defenders. It’s a thankless job and the stat sheet will reflect a blah game, but he did something productive. And again, there is that willingness to put his energy into winning a game and possibly becoming more of an option for the coach. It’s not so much the performance as it is the attitude.

If we got qualification, it was because of him. If the squad rotation works for the next two or three weeks until Rano and Walter get back, it’ll be because of him being good enough to cover the mistakes of the rotated defense.

By the way, there is one way in which I think he has it all over Cesar, if he is still going to be compared to him. Batmanovic seems to be light years more intense.

Look, when you win 1-3, there isn’t going to be much that’s bad, so this is going to be a short-ish list.

But there is something that bothered me, despite my words after the game to the contrary and that is the intensity, or a lack thereof, of the team at large. We just beat Juve away, decisively, and for 50 minutes against Partizan there just wasn’t much and what there was stinky. Batmanovic had to save our bacon once or twice. I get that there were injuries to deal with. And I understand that this was a big drop in both competition and league standing. I am the first to preach patience for the young guys to understand that they have to keep their emotional level steady despite the opponent. Not too high, not too low.

But I have a dream of not playing to the level of our competition. Even Strama’s formation said stall out. And I am aware of the bigger picture with Atalanta combined with the injuries.

I just didn’t like the let down in emotion by so many players.

Also in this section I am going to throw in Silvestre. He didn’t do anything to change my mind and feel that he needs more playing time. He was meh and I think he should have been better considering the team he was playing against.

I am told that Jonathan had a good game up to the last kick of the game. And I think that Strama did a lot to put him in a position to succeed. He wasn’t left alone on the outside; he had someone to help out in front of him. He had opportunities to go forward and play in space, which I think is more his strength. Like I said, I read that there was a general happiness with his play… until that last bit.

And it’s the last bit that really rankles me. The second half was a statement of intent that we wanted the win, qualification and first in the group. And the little jerk can’t keep track of a runner coming from his side of the field. He’s sitting far post – his whole job is to be aware of who might be on the end of the cross, let alone a guy he’s been staring at all game long.

I was talking above about examples of the team who have a willingness to succeed and earn playing time. This isn’t it. 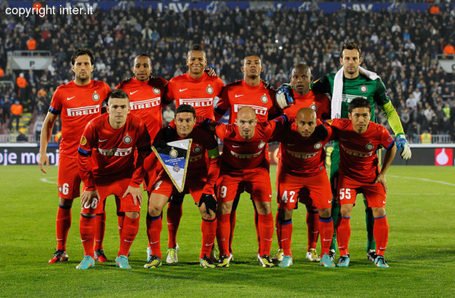