Share All sharing options for: Ciao e Grazie Mancini - It Is Official 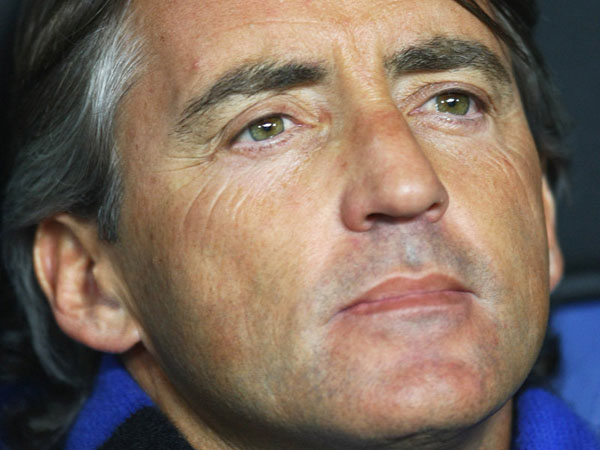 The official announcement has come: Roberto Mancini is no long the coach of F.C. Internazionale Milano.

"F.C. Internazionale have informed Roberto Mancini of his dismissal from the position of head coach of the first team, in particular because of the declarations made by the coach after the Inter-Liverpool match last 11 March 2008, and because of what followed, up to the facts most recently reported in the press."

In case you dont remember, here is what he said in March:

"Despite still having four years to go on my contract, these will be my last two and a half months at the helm of Inter and at the helm of an Italian team. I have already told the boys, and it's right to tell everyone else. It's a decision I had already made, it didn't depend on tonight's defeat."

Then, as we all know, he retracted his resignation and everything looked hunky-dorey. In fact, Mancini was 100% staying at Inter.

But then the sordidness began.

First, the press was widely reporting that Mancini was out and Mourinho was in. Then, there were the reports of a terse meeting between Mancini and Moratti, and that Mancini did not want to go and would not go quietly. Now, though, with the statement Inter has released, it seems they are looking for just cause to fire Mancini (see above) and not pay out the rest of Mancini's contract. The really sad part is, this whole thing may go to court.

It seems that Moratti has now accepted Mancini's resignation (no matter what Moratti said in March), and I can only think that the "facts most recently reported in the press" are the phone records between Mancini and Brescia, Inter's Mafia-connected tailor.

And then the players got involved.

"I do not know anything more on the change of coach, However, it is a decision of Moratti, he is the head, he decides, and what he does is right. Mourinho? He is a great coach, who doesn’t know that?”

And when asked about possible dressing room conflict, he stressed that:

“I see an Inter that is well, the family is happy.”

Stankovic, a favorite of Mancini, was angry:

“In my opinion his cycle is not over. Mancini won three Scudetti and four Cups in four years. A great club makes changes when the Coach is a flop, not when he has won three Italian championships in a row."

Crespo just wants to stay at Inter, no matter who is the coach.

Others weighing in on the debate are our old friends Alessandro “Spillo” Altobelli Sandro Mazzola, and Ciccio Colonnese, and Marco's father, Giuseppe Materazzi (Marco is too professional to comment). Everyone is surprised but hopeful. They all think that there must have been some breakdown between Moratti and Mancini - no matter what the reports say.

We can only hope this will all be settled amicably and professionally. Also, I would like to see Mancini somewhere... Chelsea maybe. Dont they need a coach? Of course, maybe Galliani's "jokes" have something to them and Ancelotti will go to London.

Although it has not been officially announced, Mourinho can't wait to come to Inter.

Now it is reported that Mourinho has presented Moratti with a list of four players that he wants to sign:
Marek Hamsik (Napoli)
Gokhan Inler (Udinese)
Diego Capel (Sevilla)
Aliaksandr Hleb (Arsenal) 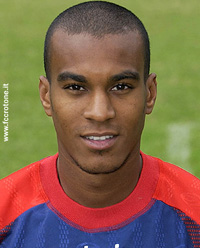 There is some suggestion that Stankovic and Maicon may follow Mancini (totally unsubstantiated and not something I can link in), and, while I dont feel strongly about Stankovic - he can go if he wants - I would hate to loose Maicon.

How will Mancini be remembered?

I hope it will be fondly. Personally, I will miss him on the bench. His flowing locks, his impeccable attire... The whole package. With Mancini, we have achieved more than with any other coach (and I do have those stats if you want them). Still, there are those that say he is tactically lacking and anyone could have won those Scudetti with the team Moratti gave him. I think whatever his legacy will be, it will be colored by what happens in the next few weeks. If this does end up in the courts, no one will win. Please, Moratti, I beg you, settle this discretely and honorably. Oh, and please, dont sell Ibra and Materazzi, please. I can hardly sleep as it is.

Really, all this speculation is wearing on me. I just want things to be settled so that we can start building for next season.

PS. Those Azzurrini are quite fit! There are some real cutie-patooties there. Bravo Azzurrini! And good job Chile!