Bologna v Inter: Mortadella Speedbump on the Road to Catalonia

Share All sharing options for: Bologna v Inter: Mortadella Speedbump on the Road to Catalonia 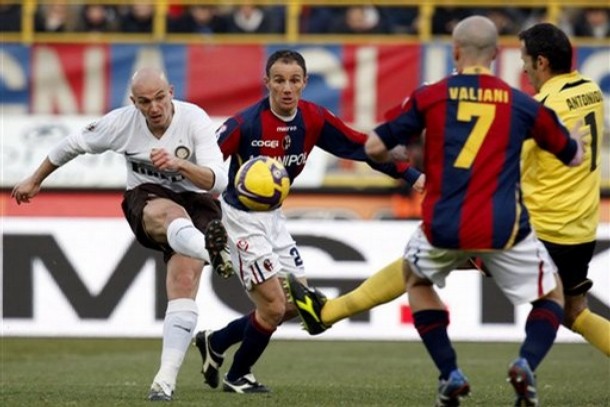 Those two weeks were long. So long, in fact, that I have completely forgot what we were doing before it started. Something about points and kicking ass (or not, as the case may be)... It will come back to me, I'm sure. Anyway, here we are back to the championship, off to Bologna in an attempt to retain our meager lead while simultaneously avoiding the trap a lower half team before a big game poses. So far, all the press this week has been about the Champions League game next week and poor Bologna has sort of gotten lost in the shuffle. I only hope the boys aren't similarly distracted. Bologna certainly wont be.

What: Bologna v Internazionale
Where: Stadio Renato Dall'Ara, Bologna
When: Saturday, November 21, 6pm (local time; 9am pacific, noon eastern).
How to Watch: FSC is showing this delayed at 2pm pacific, 5pm eastern. If you want to watch it live, catch a stream (MyP2P, Rojadirecta, Ustream, and ATDHE.net).

Strangely, last year we also played Bologna away the weekend before an important mid-week CL game (the first ManU tie). We managed to pull out the win, despite a whoopsie from Cuchu, thanks in LARGE part to the heroics of Julio Cesar. Here are the highlights (note the gleam off Cambiasso's newly shaven head and the unbelievably adorable way JC says "big match" in the post game interview):

I really hope Ben posts something for this game. I thoroughly enjoy his Surrealist forays into calcio. Just in case he doesn't, I will try to whip up a little something (it wont be as interesting as Ben's though, I'm sure). 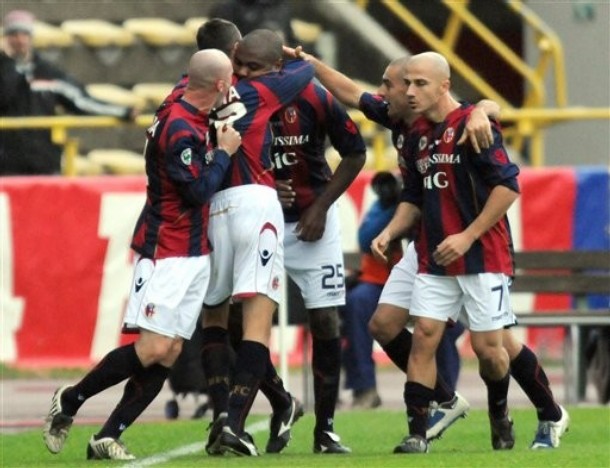 Wow. That sure is a whole lot of bald Bolognese 'ballers!

With 11 points, Bologna are hovering just above the relegation zone. They had a not-so-nice start to the season and did not win their first game until day six. After a change of coaches (out with Papadopulo, in with Colomba), things have been looking up. It is true, they have still struggled a bit (especial against teams from Liguria), but have also managed to pull of some impressive results, including holding Juve to a 1-all draw and, most recently, beating Palermo (3-1).

Inter and Bologna share a long a storied past and back in the day, mighty Bologna used to pretty regularly thrash Ambrosiana and Internazionale at the Stadio Dall'Ara. It was only in the last couple years before they were most recently relegated (Bologna has tasted the depths on more than one occation) that Inter beat them with any regularity. Bologna has excelent record against us - especially when playing at home: out of 71 games, Bologna has won 34 and drawn 12. That's right, Inter have only won this tie 25 times. Not so great.

Colomba has likened Inter to a tank, but pointed out that: “I have often lost to the Nerazzurri, as is normal for a Coach of provincial clubs, but don’t forget my Reggina beat them and cost Marcello Lippi his job.”

One of the goalscorers for that Reggina game was Marazzina, now reunited with his old coach at Bologna. Spooky, isn't it?

You may recognize a couple names in that list. Viviano is an Inter youth product (and is still half owned by us), while Zalayeta (recently of Napoli) has a nasty habit of scoring game-winning goals against us. Di Vaio has found himself at Bologna, and last year was in hot competition for the capocannoniere title. As for the rest... well... I have always liked to say "Bombardini" out loud. Try it, it's fun. Bombardini. And I am pretty sure Guana is bird poop - isn't it? 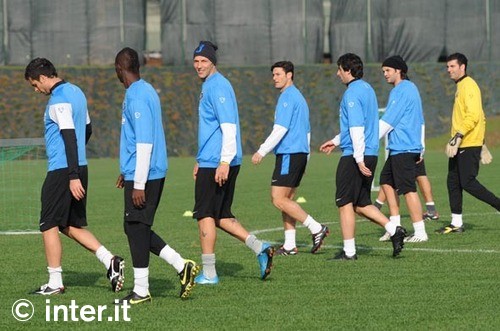 Our very own Carro Armato P 40

Mourinho (the world's best Portugese coach) has given us a bit of a surprise with his call up list: 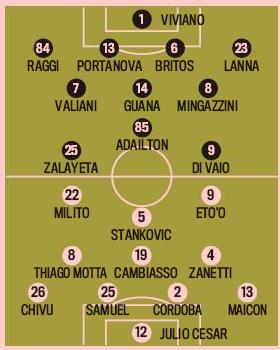 Wow, there most certainly are some interesting names up there. Well, first, Suazo isn't back from international duty so it only makes sense that Arna is on the list (Mou likes to come prepared). Quaresma and Mancini must be part of that turnover he spoke about in his presser today. It wont be as much as in the Livorno game, but there will be a bit of a rotation. What does that mean for our line-up tomorrow? Well, La Gazzetta thinks the only big change will be Cordoba in place of Lucio and Stankovic back to his less-than-fabulous role of play maker. Really, not so much of a turnover. We will see, though, La Gazzetta has been wrong before.

As for the rest, Santon has had his surgery and, while everything went well, he will be out of commission until next year. Sneijder is still injured, although seems to be on track for Barcelona. Aside from those two, Mou has a full squad at his disposal. Hooray.

Muntari is in a bit of hot water with his National team. Apparently Essian, Asamoah Gyan, and Muntari were meant to go last week with the Ghanan National team to Angola to play a friendly against the Palancas Negras. Instead, they left to return to their respective clubs without the permission of the Black Star's coach. The Ghanan Football Association has launched an investigation into the matter and is looking into whether or not any punishment will be handed out. Yikes. Muntari has not said anything about it. I wonder if this means he will be going to the Africa Cup of Nations.

Mario Balotelli has put himself back into the spotlight again. He went to visit with some handicapped children and, when one of them asked which team he was a fan of, Balotelli said "Milan, of course!" Needless to say, this caused all sorts of ruckus with the children and with the press. His sister later said that it was all a joke, and besides, Mario had liked Milan when he was a child. Mourinho's take was that it didn't really matter which team Mario liked as a child, we should be much more concerned about the reports that Balotelli likes to drive his car 240 km per hour (that's about 149 miles per hour for us non-European types).

On the transfer front, besides Galloppa and Ranocchia, Inter are also supposedly looking at Lyon midfielder Jeremy Toulalan. Super double plus wonderful, we may get him in partial exchange for Vieira. Sold!

Ok. So lets focus and keep our heads, and most importantly, lets keep on track and take home the three points.

Wow! Take a look at those knee muscles! Yowza 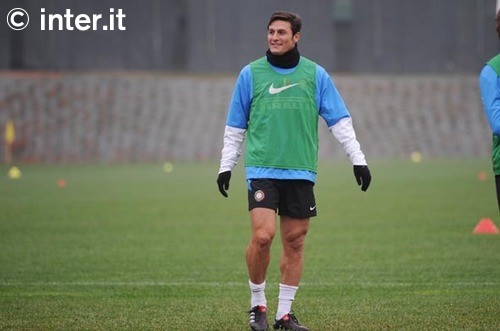