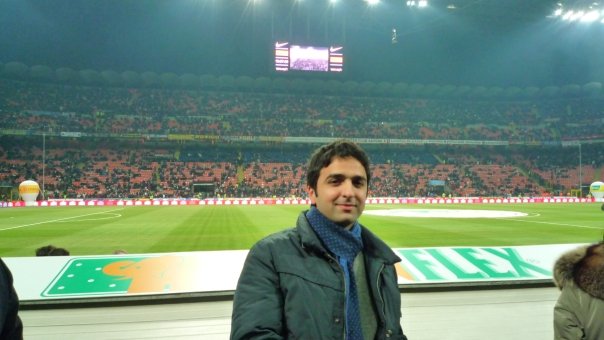 "In Italy... an eBay auction for a San Siro stadium seat next to Inter chairman Massimo Moratti for the forthcoming 2008-09 season Inter-Milan derby ended at Eur 5,050. Proceeds will benefit the Robert F. Kennedy Foundation of Europe and support the publishing and distribution of "Speak Truth to Power", an educational project about human rights. The winner, a young Kuwaiti fan of the Italian club, has suffered though his favorite club’s years and years as an underdog, and must now be quite happy that Inter has grabbed back its opportunity to shine!"

Well, as it happens, that fan is Inter Offside reader and commenter Mohi! Isn't it EXCITING? He has graciously sent me some photos of his trip. I have riffled through his recent comments to add a little context to them.

Well I get to Milano on Thursday night. Friday around 3pm I get to the Via Durini offices to meet their International Affairs Manager who tells me whats going to happen the day of the game. He tells me that he’s been working for Inter the past 8 years and he’s never sat in the section I’m going to sit in. I wasnt right next to Moratti but around him, which was alright I guess since it was the best seat in the house. Just being at the Inter offices was exciting enough. 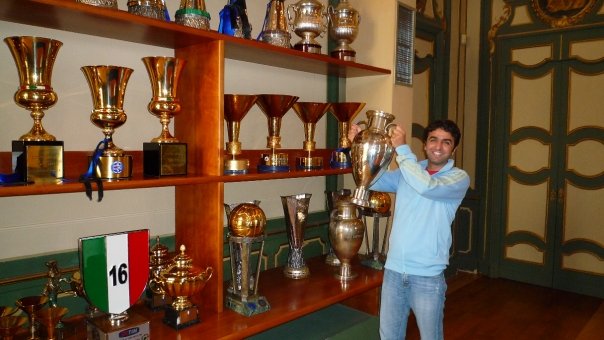 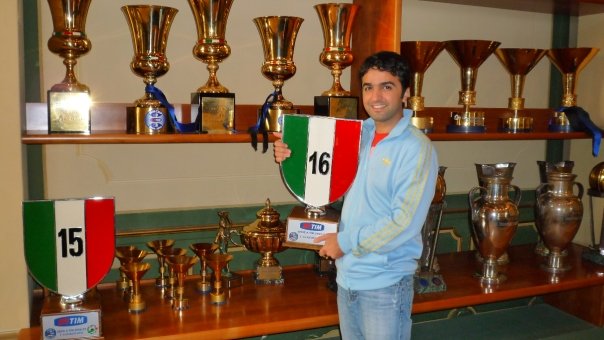 That night they take me out to drinks, and at the same bar was Angelo Mario Moratti, who's the VP of Inter. He turns out to be the coolest guy. We talk football for 30 mins. I would have stayed longer but I didnt want to be a too much of a pain, so i thought I’d leave before being asked to :P 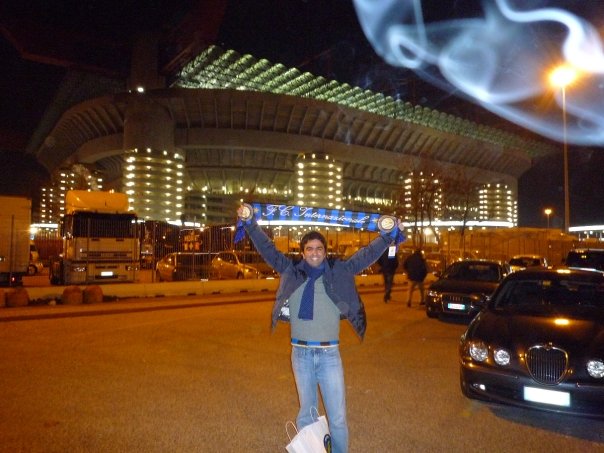 The day of the game I meet my Inter contact again at Gate 7 at 7pm. He takes me to the VIP section under the seats were they serve us wine, feed us. I even get one of those starting line up sheets they give to the press. He takes me to the area closest to the pitch so I can take pictures of the warm ups. You do not realize how star studded the teams are till you see them in person. 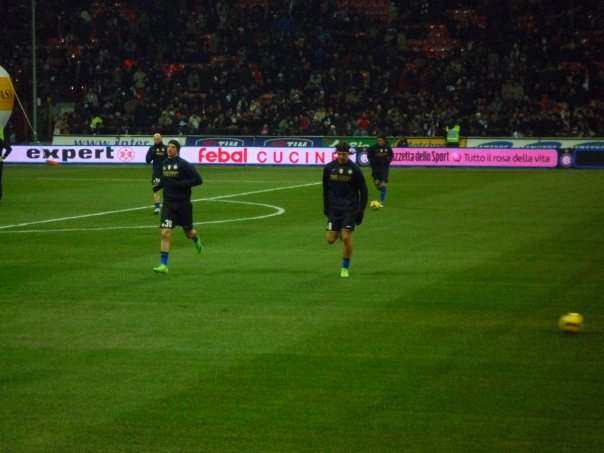 We then move to the seats, but my Inter contact can’t even enter the section LOL. Security has to take me to the seat. Then I see Moratti and his son again. The son recognizes me and introduces me to the man! He was as nice as all you read. He gives me the a hug and a kiss. Congratulates me for winning the bid. Gives me a friendly slap after I explained to him that their was only going to be one winner of said bid. I even exchanged numbers with his son. 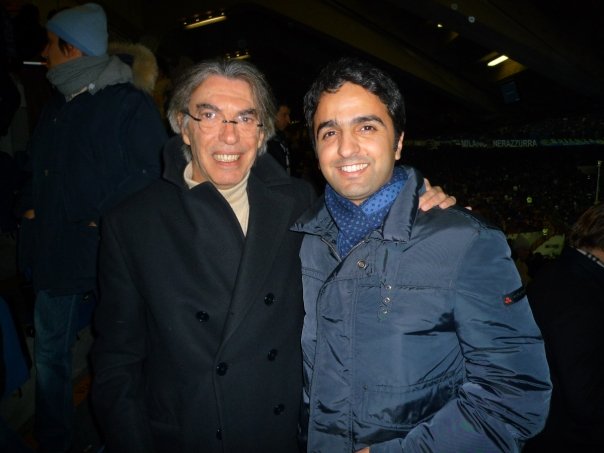 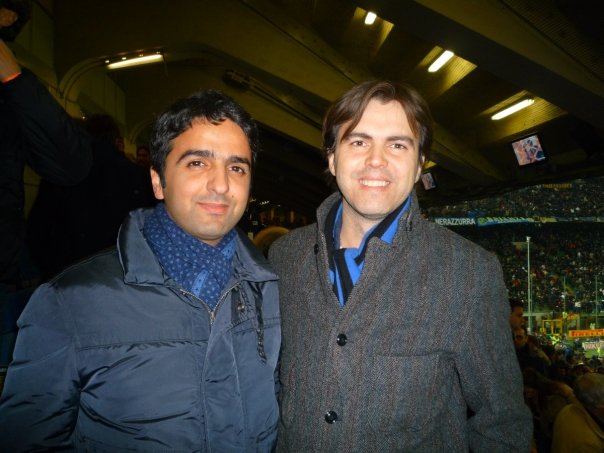 Then the game starts. Obviously it goes without saying that the atmosphere was outstanding through out the game. 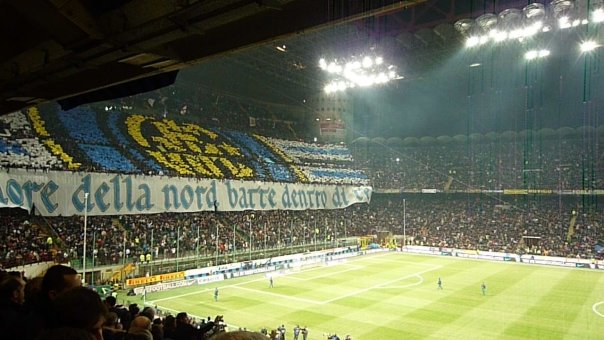 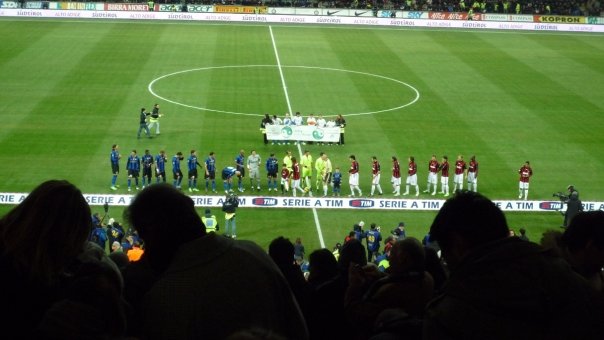 And yes he does smoke a lot.

WOW. Mohi, that sounds absolutely amazing. Thank you so much for sharing it with us. I distinctly remember looking at that auction and doing some quick calculations when it was only at a couple thousand Euro. Luckily, the Significant Other talked me out of it. And before anyone get on Mohi about how much he spent, remember, this was for charity. Mohi was doing a good deed by winning that auction! He is helping to educate people about human rights. I am just glad we won the game.

If anyone else has anything they would like to send me - tips, photos, links, whatever - just drop me a line at johonnars [at] gmail [dot] com.