Share All sharing options for: Lecce 0 - 3 Inter: Back on Track and Feelin' Fine 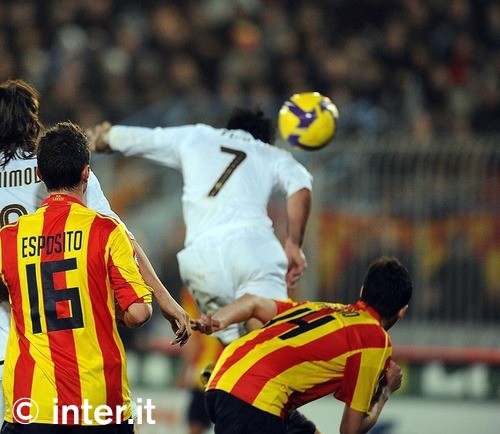 First, let me ask you this: When was the last time Luis Figo scored on a header? As far as I can tell, quite a few years ago - if ever. His goal against Lecce yesterday was certainly his first for Inter. In addition, Ibra picked of his 14th goal, and Stankovic made it three to mark his 200th appearance for Inter. This was the kind of game Inter should be playing against bottom-table teams. We owned the pitch. Check out the highlights below:

Inter tried out a new formation for this game - 4-3-2-1. Baresi said they had been toying with the formation during training, and it looks like it worked pretty well. Mou said:

"The success of the system depends on the players, it's all a lot easier if they go on the pitch with the desire they showed today. I could have used Crespo or Balotelli alongside Ibra but I thought that Figo and Stankovic would be fundamental to find spaces between the lines and they are two extra players who give cover in front of Zanetti in defense. Figo played a good match for us. He hadn't played for a while but he was necessary for our equilibrium."

I know that some will criticize Mou for changing formations and moving away from his beloved 4-3-3, but I think the willingness to change is a positive aspect to Mourinho's managerial style. I want a coach that looks at the available players and uses the best possible formation for their strengths. It seems to me that trying to cram players into a formation just for the sake of the formation usually ends in misery. I am just glad that I did not try to predict the line-up in my preview post - I absolutely never would have guessed. But then, neither would Lecce.

Julio Cesar did not have much to do, but when he was called into action he made an amazing save against Stendardo. I am glad to see that his miss last week against Torino did not affect him. 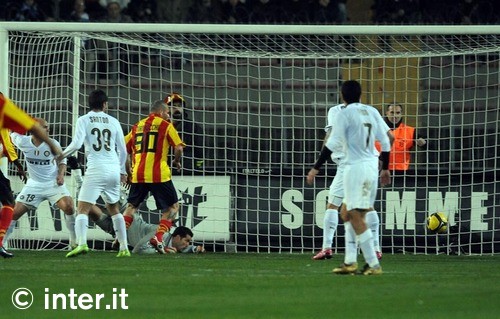 Cambiasso was.... well Cambiasso. He was decisive in the midfield, fed Ibra the ball for our first goal (totally faking out Lecce's defense), and made it near impossible for Lecce to get past the midline. Sheik Whoever at ManCity can keep his money, I think Cuchu will be the next Inter captain. 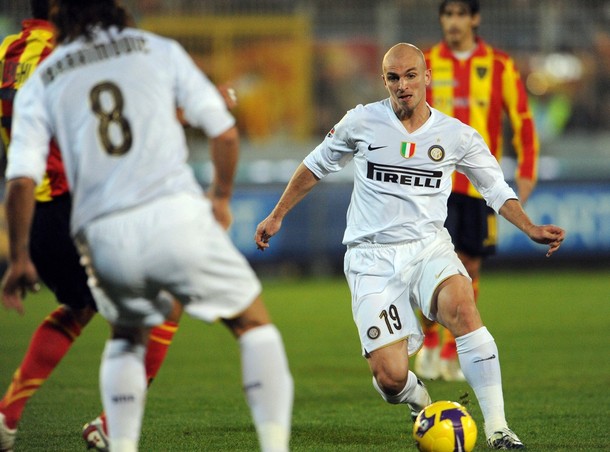 I will leave Ibra's performance in Kirby's capable hands over at the Zlatan fan blog.

Marco came back for this game, and, aside from one late-ish tackle and an error towards the end (that Nico covered for), he did pretty well. I dont know if a Nico-Marco pairing is ready for Milan or ManU, but I think they will do against Bologna or maybe even Sampdoria in the Coppa. Burdisso seems to have recovered from whatever brain trauma that lead to his horrific CL performance. This is good news for us because the next few months are going to be grueling. We need all hands ready and in top condition if we are to get through March and April and still be on top. 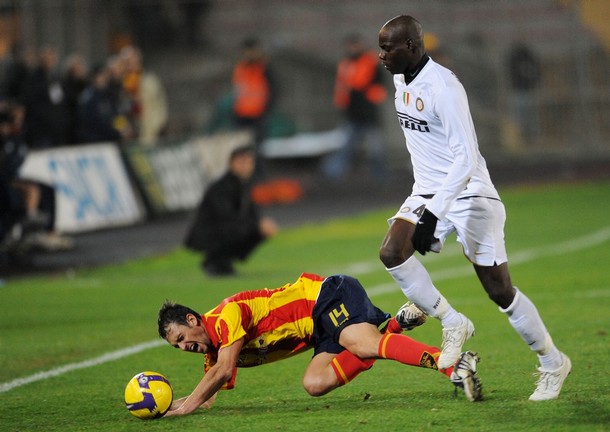 Both Santon and Balotelli played today. Santon gave another fine performance - it was his cross into the box that Figo headed home for our second goal. Balotelli's game was not so nice. True, he only had about 8 minutes of play time, but it just did not go well for him. He managed to pick up a card and will now be unavailable for the derby. If, like me, you were wondering why Mou put him in for such a short time, it is because:

"I wanted to put him on to give him morale and make him understand that we are with him and that we believe in him. I'm no different from all of you who are aware of Mario's great potential. I just want a more mature player with a different attitude, but the team needs him and it's a pity he can't be with us next week in the derby because he was a booking away from a ban today."

In other news, Inter have quite a few players going out to play friendlies this week for their respective national teams:

Zanetti, Burdisso, and Samuel are going to Marseille to play for Argentina against France. I dont know why Cambiasso was left off the list, but I dont much care. It may be a blow for Cuchu, but I am pleased as punch for him to sit this one out.

True to his word, Vieira has not been called up for France. There may be hope for him yet.

Julio Cesar, Maicon, and Adriano have been called up to play for Brazil against Italy in London. 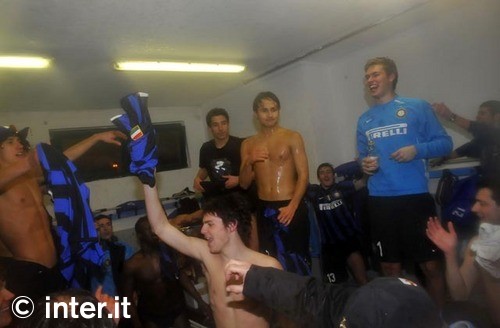 For the youngsters, this week sees the start of the 61st Viareggio Cup World Football Tournament. The tournament runs from February 9th through the 23rd, and includes 25 Italian and 15 international squads (including one from New York!). Inter won this tournament last year and will begin defending the title against the Queens Park Rangers youth team on Monday. A full schedule is here for those interested.

I will do my best to keep you all updated on how the team does in the tournament.

Next week is the Derby. Besides being an emotional city rivalry, a win for Inter could effectively end Milan's Scudetto dreams. To get us all in the spirit, I thought I would ask you all (the readers) for any special Derby memories you might have. Write something down, dont forget to include url's for images or videos, and I will post them up. Also include your board nickname. Please dont waste my time and yours with anti-Inter tirades as it wont go up, and please, keep the language family-friendly.

Send it to johonnars [at] gmail [dot] com - the offside email address has never worked for me.

Two pictures today (I could not decide):
Happy 200th Deki! 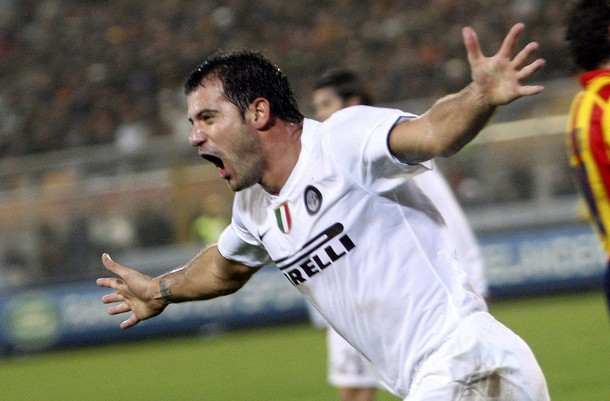 Nico gives us a little taste of warm-weather shirt-swapping. 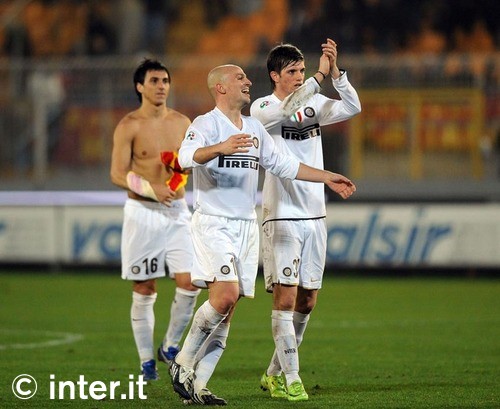