Share All sharing options for: Inter - Palermo: Heading Into the Final Stretch 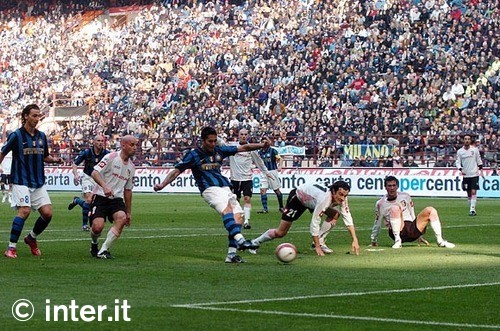 What: Inter v Palermo, Day 31
Where: Stadio Giuseppe Meazza, San Siro, Milan
When: Saturday, April 11, 3pm local time (9am eastern, 6 am pacific)
How to Watch: FSC is bumping most of the Siere A games for the EPL on Saturday, so they are showing this game Sunday morning (9am eastern, 6am pacific). If you want to watch it live, find a stream (MyP2P, Justin.tv, Rojadirecta, Ustream, and ATDHE.net).

Saturday starts the beginning of the end of this Championship. It is the first of 8 final games in which Inter need to pick up 16 points. Basically, that means we have to win at least 5 of these last 8. We could probably do it with 4, but 5 is much better. Palermo is one of those teams where you never really know who will show up. Will it be the team that beat Roma, AC Milan and Juventus? Or the one that went down 4 to 0 against Catania? Either way, we have to beat them. Luckily, statistics and history are on our side for this tie. Of the 21 times that Palermo have come to Milan to play Inter in the Serie A, Inter have won 15 and drawn 6. Palermo have never won this tie. But, as we all know, there is a first time for everything and you can never take points for granted (just ask Juve!).

Last year, we started strong with a goal from Vieira (remember those?), but then Materazzi had a bit of a bumble and the evened things up for Palermo. Luckily, Jimi scored a beauty (remember those?) to put us back on top. Here are the highlights (sorry about the quality, it was the best I could to):

Finally, I dont have to write this! Steven does a bang-up job over at the Palermo board and I am sure he will have a preview from the pink point of view. If you want to know about formations and players and whatnot, I suggest heading over there.

Offensively, Miccoli, Cavani, and Simplicio have 29 goals between them. Any one of those guys could put a serious hurt on us. If one is having a bad day, any of the other two could step up and rain on our parade. Especially as they are chasing Europe. Palermo is only four points shy of 6th place and that coveted Europa Cup spot. Still, it is possible that the whole squad will have a bad day: Palermo are almost just as likely to lose as they are to win (14 wins, 13 losses). 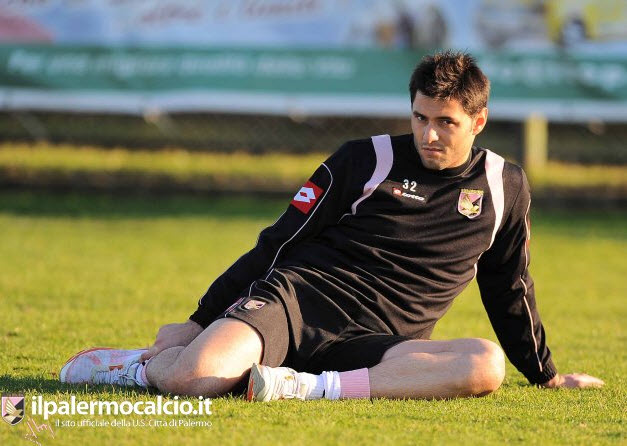 My name is Marco Amelia. I like long walks on the beach, playing myself on FIFA 09, and candle light dinners.

So, if Palermo is on, they will most certainly keep Toldo on his toes. Also, it may be devilishly hard to score on them, especially in the first 15 minutes after the break (from ESPN):

This is going to be tough. No Maicon, no Julio Cesar. At least our central defenders are all back. Mou has hinted that Cordoba and Chivu will start in central defense, although I think we will see Samuel at some point. He would have come on against Udinese had it not been for JC's injury.

For the rest, Mou said:

"I have already said the league continues and we are missing 15 points to win the championship. To answer your question, I say that tomorrow I will field the best team possible, therefore with Ibrahimovic and Zanetti, obviously. More explanation of the formation? There is no need: you have already seen by now that we have a structure that does not change that much, I will not make a big revolution tomorrow. We know which players are injured, but again we have among us the central defenders."

Ok, so how about this:

I know, there are many of you with your doubts about Figo and Vieira, but fact is, we played better against Udinese in those last 20 minutes with them on the pitch than we did for the first 70 without them. I dont think that either should start, but both are perfectly good substitute material. I think that one of the things that has made Inter so successful this season is that the squad is very fluid. Although we may almost always start with the same formation (4-3-1-2), the players have the mental and physical ability to shift gears and change mid match which allows us to better react to a challenging team's tactics. Of course, it also means that predicting a line-up is tricky. You just never know what Mou will throw out there.

The most important thing is not to get ahead of ourselves. The team must be confident without being overly confident - if we give Palermo an inch they will certainly take all three points.

On a more serious note, today is a national day of mourning in Italy for those killed in the earthquake. There are thousands of people that have had everything destroyed, thousands injured, thousands that will spend the Easter holiday without family and friends.

"We are all together in these moments. There's no rivalry or negative relationships. Unfortunately this disaster has occurred and now it's important to be close to the families of the victims, and share their sadness and pain. Life continues for us like it does for these families, but the memory of this moment with remain with everybody. It's important that this solidarity goes a lot further and doesn't last for two days or two weeks, because these people really need help to rebuild their lives."

I am in complete agreement, so here, one more time, is the link to donate money to the Italian Red Cross. Every little bit helps.

I am sorry this post is so skimpy (at least it feels skimpy), but work and whatnot is totally cutting into my free time (dang it!). I hope I have not forgotten anything. If I have, I am sure one of you kind, knowledgeable readers will post it in the comments!

Oh, and to remind us all just what Toldo is capable of: