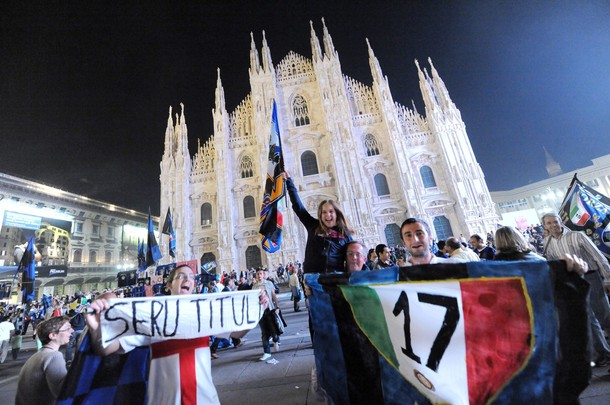 I thought I would have at least one more day to come up with something for this post. I always knew it would happen, even when things took some turns for the worst and Inter were actually not first in the standings (I know, we have mostly blocked it from our minds, but it happened). We may not be able to run with the Manchester Uniteds and Barcelona's in the Champions League quite yet (yet), Inter have cut a swath through Italy like no-one's business. Yep, this is Number 17! Four(ish) in a row and a new entry in the record books. 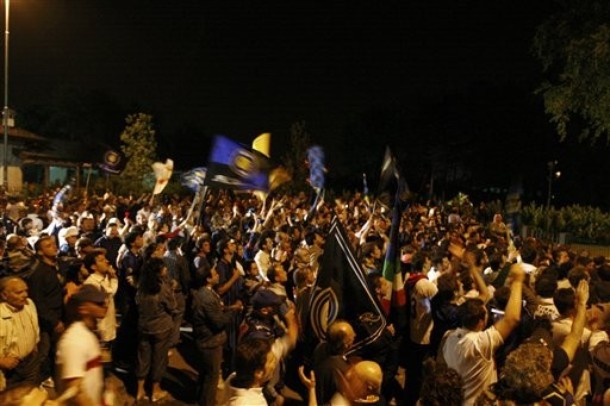 According to ANSA, a few fans gathered at the gates of La Pinetina to listen to the Udinese-Milan match, just in case Inter won the scudetto. More arrived after Udinese went up one goal, then even more after Udinese went up another. By the time the game was over, hundreds of fans had gathered to celebrate with the team. 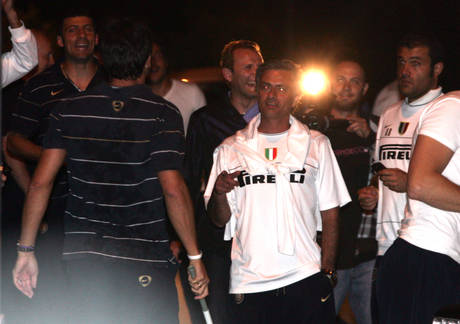 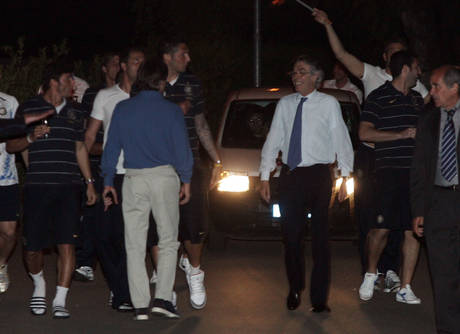 In Milan, the fans take to the streets and fill the Piazza del Duomo. There is champagne and flags, and a party that looks like a whole lot of fun: 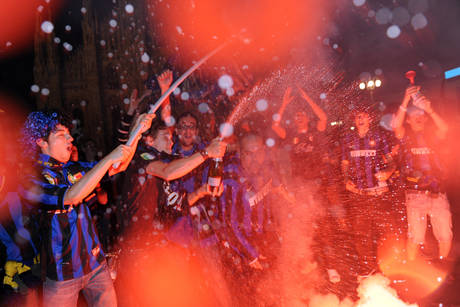 For those of you who think there is nothing left to play for, I remind you that Ibra is still all tied up with DiVaio for capocanonieri. Hopefully he will take that title too!

More tomorrow after the match.