Cagliari 2-1 Inter: And That Makes Four

Share All sharing options for: Cagliari 2-1 Inter: And That Makes Four 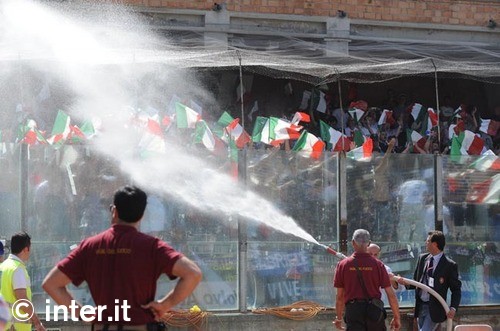 Last weekend Cagliari very literally rained on our parade: first with a hose, then with a strike from our own Roberto Acquafresca. Still, Ibra got his goal to equal Di Vaio's tally of 23 and Bolzoni got 20 minutes of play. It wasn't much, but this way he gets a scudetto medal with the rest of the team. Overall, it was not Inter's best showing by a long way. Plus, this means that there is at least one team that we have failed to beat this season. I hope that we do much better against Atalanta next week.

Here are the highlights:

Unfortunately, I am not really in a position to do a real review of the game. Between the extremely early start time and the terrible streams, I could hardly tell their players from ours. (I know, excuses, excuses). There were a few things that caught my eye, though - almost all of which are in the highlight video above. 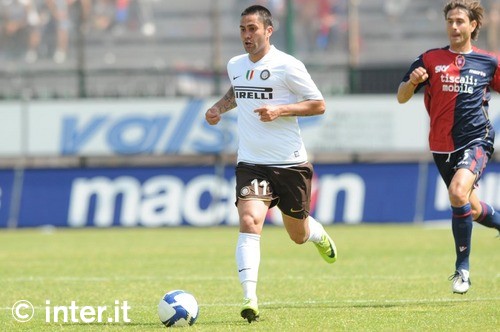 In the end, Cagliari deserved the win. The squad that Mou fielded did not have the chemistry that our usual starting 11 have together. Nico and Marco were rusty. Vieira is... well... bad. Cruz needs a change of scenery, I think. Put that all together and it equals Inter's fourth loss of the season (oh man, that stings!) Plus, this "get the ball to Ibra so he can get lots of goals" thing is starting to wear on me. Now that Inter has won the Scudetto, it is great that everyone is pulling together to help him win capocannoniere, but it is playing havoc with our attack. Ibra is going for every ball that gets within 10 feet of his feet - no matter who else might already be there.

In the end, it was what it was. I just hope we go out against Atalanta with a more bloodthirsty attitude. I want a little payback on the 3-1 debt.

For those of you who have been living under a rock with not access to the internet or any other sports news outlet, Jose Mourinho is now 100% Inter. He has extended his contract until 2012 and is rumored to be making obscene amounts of money.

Austrian wonderchild Marko Arnautovic has been recently heavily linked to both Chelsea and Inter. Apparently he had chosen Chelsea but they may rescind their offer as he has a badly fractured foot that may see him unable to play for four to six months. I hope this means that Inter are also backing away. Fifteen million euros sure seems like a lot for a relatively untested, broken kid.

Despite rumors linking him to Genoa, Quaresma wants only Inter, saying (my translation):

I'll be back at Inter to stay. I feel indebted to president Moratti who has invested a lot in me, to Mourinho who forcibly wanted me in Milan. My first experience did not go well, I realize, also because I could not do the preparation. But I am sure of my value and I will prove it. My agent has proposed other clubs in Italy, but I said no. I am not afraid of pressure or the boos at the stadium. Indeed, on Sunday I would be in Italy to celebrate the Scudetto with my comrades.

I say, give the kid one more shot. If he still doesn't work out, then we can talk Genoa.

How sad is this. Bobby just wants to play with his Azzurrini friends in Milan. Dont let him slip away, Moratti! 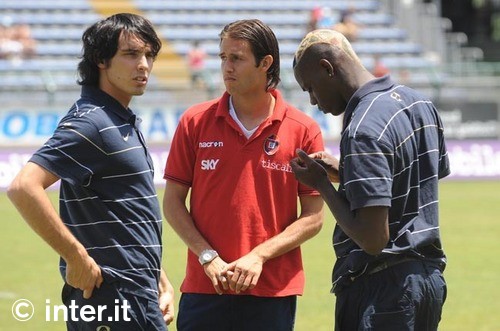