Share All sharing options for: Welcome To Your 2009/2010 Inter Squad 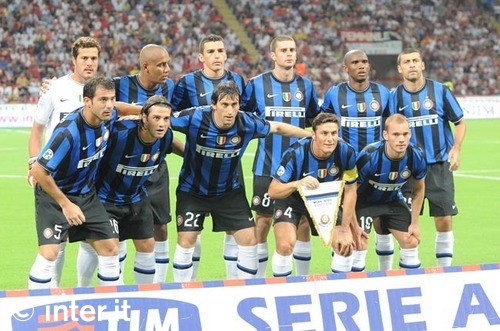 Now that the market has closed we can finally look ahead at the upcoming season. I know that technically the season has already started, but until September 1, anything could have happened. Overall, I think Inter comported themselves well this summer. We have picked up some depth and found new homes for some that needed to move on. Better yet, we did it without breaking the bank (hooray!). I will admit, the sale of Ibra threw me for a loop, and I was slow to warm up to Thiago Motta, but if Saturday's game was any indication of what we have in store for us in the coming season, I think I will be ok. Last year Mourinho had to make due with what was essentially Roberto Mancini's squad. This year, it is all Jose and we will finally see his vision of F.C. Internazionale Milano and I can hardly wait!

First, a bit of a caveat: This list does not include all the youth players. Some are here but I just cant be bothered to look them all up. Sorry.

Acquafresca: Sold to Genoa as part of the Milito/Motta deal; Genoa sold him on to Atalanta.
Adriano: Contract rescinded. Chasing his bliss in Brazil
Crespo: Contract not renewed, joined Genoa as a free agent
Cruz: Contract not renewed, joined Lazio as a free agent
Ibrahimovic: Sold to Barcelona for €49 million and Eto'o (valued at €20 million)
Kerlon: On loan to Ajax
Obinna: On loan to Spanish club Malaga 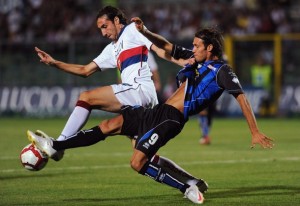 I, like Bobby, thought this would be Acquafresca's year to finally make that move up to Inter. He had waited so long and so patiently and was playing so well for Cagliari that I really thought we would see him in black and blue this year. Well, I was half right, he is playing for a nerazzurri, just not our nerazzurri. I think he is a little bitter and I dont really blame him. I just hope he does not turn out to be the one that got away.

Crespo was not such a shock. Although I am fond of him, I am also ok with him moving on. He played some great football for us, then some mediocre games, and now it is time for him to find himself again. I cant think of a nicer club for him to do it in. Good luck Crespo.

Obinna and Kerlon had to go out on loan. Obinna needs playing time and if he can get this on loan for a year, all the better. His national team play shows he has talent, he just needs a couple thousand minutes under his belt to polish his skills. I look forward to seeing him next year. Kerlon was at Chievo last season but only made two appearance. I know very little about him but so will withhold judgment. 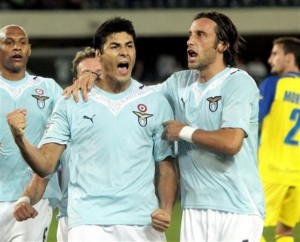 , this one was much harder. I know he did not have the best season last year, but come on, the man is an Inter legend. He has sweated blood for this team and I would have been more than happy to have renewed his contract. Still, I respect his decision to move on. At Lazio he can get a lot more playing time than he could at Inter - he just really isn't part of Mourinho's plans. It just looks so wrong to see him in that sky blue jersey, though.

Zlatan, on the other hand, straight up broke my heart. I know we are a more balanced team now, but I cant help it, I love him and to see him in Barca's jersey is like a punch to the gut. He had some nice pre-derby things to say about the club, though, and while I may not be ready to cheer him on at Barca, he may no longer be dead to me. I still dont want to watch him play for them, though.

Bolzoni: To Genoa as part of the Milito/Motta deal
Figo: Retired
Jimenez: Loaned to West Ham with an option to buy 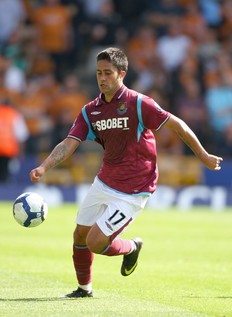 I put Bolzoni in the same category as Acquafresca. He seemed to show real promise and I am sorry to see him go. Jimenez, on the other hand, had to leave. I know that many of you saw some promise in him, but, at some point, when he never delivers on that promise, you have to ask yourself whether it was ever there to begin with. In my mind, he is not good enough for Inter. I wish him well in England.

Losing Figo was a blow. I know he was old and had lost his pace, but come on, this is FIGO. He just has some special magic that transcends his age. I hope that one day, he takes Moratti up on that job offer.

Well, all three had to go and we are a better team for it. Of the bunch, Maxwell was the best, but his leaving allows more room for Santon to grow. I cant help but wonder if this wasn't really part of the Ibra deal - we all know how much Ibra likes his little buddy. I have a soft spot for Nico, but watching him play with Roma against Juve reminded me of all of his shortcomings. I am glad I wont have to watch him get caught out by Diego when we play Juve. Rivas was another disaster. Like Jimenez, there are some of you who saw a little glimmer of hope in Rivas. Well, if it is there, now is his chance to shine. I am just glad he will be honing his skills at some other club.

In addition, Quarsema and Suazo have returned from loans.

*Calcio Mercato shows co-ownership with Genoa. Also shows that Genoa have half of Fatic and paid €1 million for half of Bonucci. Very curious. If anyone knows the real deal, please post it to the comments. 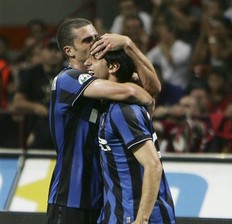 Earlier in the summer I likened Motta and Milito to dead-rodent gifts from your cat: well meaning but not really something you want. I now admit it - I was wrong. Milito, while not flashy, is quietly brilliant, earnest, and a hard worker. He seems completely committed to Inter and willing to do whatever is asked of him. I like him, quite a bit. Motta, on the other hand, I was slow to warm to. Up until this last game, he seemed slow and prone to bad passes. Hopefully the Motta that came out to play Milan is the real one because I want him to stay.

Lucio is not the defender of my dreams, but he is not chopped liver either - especially for the price. I think the errors we saw in the Bari game are just him trying to settle in to a new club (at least I hope that is the case). He is, though, head and shoulders above both Burdisso and Rivas. He is not someone to grow with, though, and, at some point, will need to look at replacements for both Materazzi and Cordoba (on the day they leave, I will cry). For the next couple of years, though, I think he will work out pretty well. 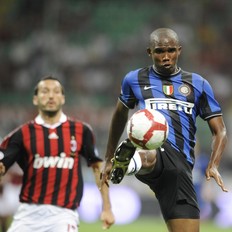 I am still withholding judgment on Eto'o. I know he was brilliant for Barcelona, but this is another league with another team. His particular kind of fabulousness may just not translate into Italian. He is fast and menacing, though, I will give him that. He certainly draws defenders and if our midfield can get him the ball, that Barca glow may shine again. I just want him to score a goal from open play.

Sneijder was a big surprise. After all the drama, missed planes, and extra J's, by the time the deal actually went through, I was ready to give this guy a hard time. Plus, his form had dipped a bit last year and he seemed a bit injury prone. Then he walked off a plane an onto the pitch and played a great 74 minutes. He distributed the ball well, got off a couple cracking shots on goal, and drove Rino Gattuso to distraction. I may not be entirely sold, but I am impressed nonetheless.

Arnautovic doesn't have a number yet so isn't part of the team. He will have to be revisited when and if Inter decide to keep him.

Overall, I think this is the most successful market Inter has had for a long time. The team feels balanced and has been rejuvenated without losing touch with the core players that have helped us win the last three years. The squad has been thoughtfully pruned and new growth is sure to follow. I dont know if this is because Moratti is finally listening to his coach or because Mourinho just has better plans, but whatever it is, I like it. With the exception of Sneijder, this market season seemed much calmer. We had clear targets, and, if the price was too high, Branca said no thank you and moved on to Plan B - it doesn't feel like there were any last minute impulse buys. Sure, I will miss old friends, but I think there will be some highly entertaining football to distract me.

We have spent a total of €59 million and took in at least €53.5 million. That means only €5.5 million went out this summer. Even if we exercise our option on Arnautovic, that will only bring the total up to €14.9 million. Not bad for an overhaul. The only thing that would have made this transfer season more successful was if more clubs were able to actually pay us for the players they are getting. It would have been nice to sell Jimenez and Burdisso outright - we wouldn't have gotten much, maybe €4 million each- but every little bit helps. Ten players were removed from the payroll while only six were added (I think we are paying Arnautovic while he recovers) - which also helps the bottom line. I think, at the end of the day, when all the receipts have totaled and the wage bills settled, Inter may have actually come out in the black. It just goes to show, being fiscally responsible does not mean the team has to suffer or become less competitive.

In the end, I think everyone is happy with the new look of Inter. We managed to strengthen the squad despite losing a star player, and do it in a way that did not break the bank. I give this mercato a 7 that will bump up to an 8 if Arnautovic works out. 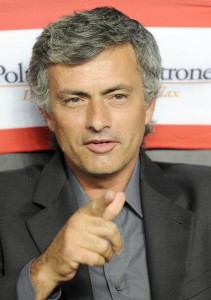