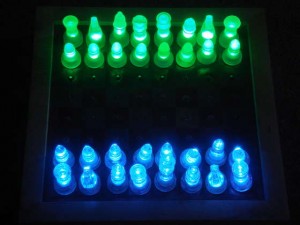 The season will resume from the international break this weekend and we here at Inter land have a chance to talk about something that we didn’t do very well last season and something that due to massive injuries, we didn’t have a real chance to do the season before.

No matter what anyone says or how down Milan look, The Derby is a big game. Barcelona, even in a group stage game, is a big game. Sandwiched in between is Parma… not really a big game – all due respect to Parma. They aren’t a rival and a newly promoted team just might provide us the opportunity we need to rest and recuperate.

Let’s face it; one could almost understand the big stars to take a break on this one. And with a big game right after and in some cases long flights just before, the “B” team could get a run out.

There are some advantages to rotating the roster. We get to rest some guys from long flights and 2 games in a week international break. Granted we are only talking about resting those that might actually see action against Barcelona, so some guys who played 2 games this week are going to add a 3rd.

There is also a quantity of focus. A weeks worth of concentrating and studying up on Barca against 3 or 4 days may matter in the final equation. Plus there is a question of motivation. Milito may be focused for any game, any time, but can we say the same thing about others? How about guys like Santon, Quaresma or Mancini, who are desperate to prove that they deserve first team spots. Think that they might be motivated more than someone who sees Parma as an annoyance before the real game midweek? 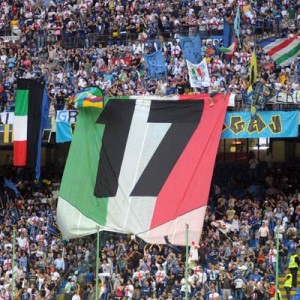 The downside to roster rotation is that the “B” team is the “B” team for a reason. They aren’t as good as the “A” team – but then who is, especially when you have a leader named Hannibal, the goofball from Star Trek and Mr. T around. A team like Parma isn’t a pushover, even though they are just promoted. It may also be extra motivation for them since we were the ones that sent them down 2 seasons ago. Like Bari two weeks ago, this is their Champions League final. This is about as big as it gets for them for the whole season and they are going to be up for it. Even if they don’t think that they are going to win, they are definitely going to make sure that they aren’t embarrassed.

This isn’t England or Spain. Teams ranked 10-20 aren’t pushovers. Unlike teams in those leagues, Parma will have a good solid strategy and tactics to try and exploit mistakes – the best teams make them - or to help stay alive for as long as possible.

Personally, I see squad rotation as a relatively good thing, if one can say something good about fielding a lower talent squad on purpose. If we can pull it off, we need to get some playing time to the young guys sometime and I personally would like us to compete for the Coppa Italia, no matter how insignificant a trophy it is. Plus, look at what some self serving scum is already trying to put in our young players’ heads – and it’s only the second game of the season that has just gone. Players have to play, even Vieira. Well, sometimes, for very small amounts of time, anyway. 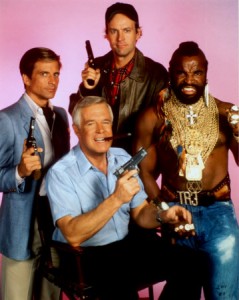 If we decide that squad rotation is a good idea, the next thing we have to do is figure out who the “A” team is (Okay, no more ‘80s jokes, this one is too easy to put forth much effort).

In my mind this is the best team we can field (right to left): 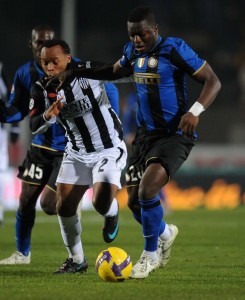 Before we continue let’s discuss the “B” squad for a moment. Many of these players are not exactly “B”. Muntari, Santon, (god help me) Vieira, Deki and Balotelli are really more “B+” or “A-“squad. They play significant minutes with the “A” squad and in many cases they will start.

On a personal note, I pray that we can get rid of Vieira next summer because the thought of another season after this one with him playing significant minutes will just make my hair turn grey, fall out and grow funky eyebrows. Jeez, he bothers me.

Now just to be clear, I don’t expect there to be 100% turnover from the Parma game to the Barcelona game if we rotate the squad. Let’s be realistic, here. Some players are just going to have to play more than others. Having said that, I think that there might be significant changes between the two games.

Here’s how I think the “B” squad might look if we keep the same formation (right to left):

According to my complete speculation and assumption regarding the rotation of the squad, six different players may come in and play significant roles. Cambiasso and Motta, assuming they’re healthy, will need rest for the same reasons: they are both proven to be injury prone. We know from last season that Mourinho likes to rotate his Center Backs from game to game depending on importance – if he didn’t we wouldn’t have had those wonderful games against Sampdoria or Werder Bremen.

If we were to change the formation, into something more in accordance to what we saw (or didn’t see, but read about) with our friendly this past weekend, like the 433, I think that we might see a personnel shift this way (right to left):

We still see a shift of 6 players but the formation change is significant. I don’t see any way that Julio Cesar isn’t the goalkeeper, nor do I see any chance that Zanetti or Maicon don’t see the field. Everyone else is negotiable, as I see it.

I would love to see a discussion regarding whether rotation is a good idea here, or who would be rotated in/out or what formation we might use. Would this be the same against all the teams that we would consider in the bottom half of the table?